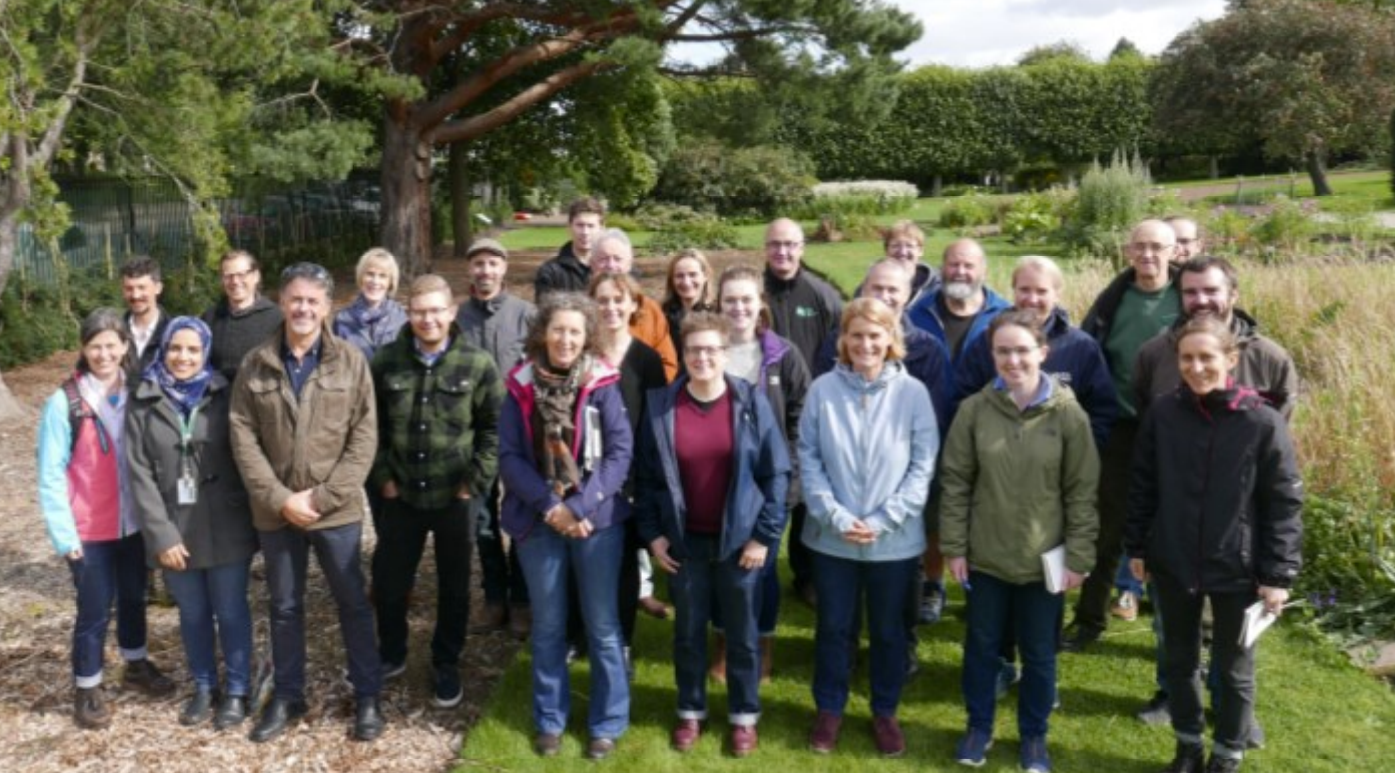 The popular Symptoms to Sequences diagnostic course had its first Scottish run on 11th September 2019 at the Royal Botanic Garden Edinburgh, which hosted on behalf of Scotland’s Centre for Expertise in Plant Health and the International Plant Sentinel Network. Teachers from the BSPP and across the Plant Health Centre led 14 participants (pictured below) from Scotland, England, and Wales in workshops, seminars, and a tour of the gardens focussing on diseases and sentinel plantings. Thanks to funding from the BSPP, three postgraduate students and a teacher received bursaries to attend free of charge. The one-day course included hands-on practical’s, lectures, and field observation, spanning diagnostic scales from satellite observation to high throughput sequencing.

Eric Boa (BSPP) introduced diagnostics with photo exercises. First, quizzes on whether photos represented diseases lookalikes gave participants a sense of how much they already know, and how much there is to learn! Later in the day this was followed by ABC (Abiotic, Biotic, Confused), in which we put our knowledge to use in the first step of diagnosis.

Fiona Burnett (SRUC) introduced us to the work of a plant clinician and steps in diagnosis, emphasising the importance of context, from the immediate surroundings to climatic conditions to social acceptability of controls. Marian McEwan (SASA) demonstrated their application in testing and quality assurance programmes for seed-borne pathogens, and allowed us to examine diagnostic plates from SASA’s testing programme.

RBGE Supervisors William Hinchliffe and Peter Brownless led a garden walk (pictured opposite) in which they and all the instructors together demonstrated disease diagnostics in real time, starting with a large Cedrus. Mr Hinchliffe walked us through the steps to observing signs of stress and their possible causes – in this case both old mechanical injuries and more recent symptoms of Sirococcus blight. We then toured several other sites of disease, and instructors and participants together evaluated the plants and discussed causes. Katy Hayden (RBGE) discussed the concept of sentinel plantings, which can range from trap plants to deliberate plantings designed to test interactions with new pests, and demonstrated their application at RBGE.

Techniques sessions spanned scales from satellite imaging to molecular detection. Juan Suárez-Minguez (Forest Research) introduced concepts and methods in remote sensing and their practical application in forest pathology. Joanne Taylor (RBGE) taught fungal isolation and pathogenicity testing for diagnostics alongside a microscopy practical, and Steve Woodward (University of Aberdeen) introduced diseases caused by Phytophthora species and gave us a chance to try our hands at their detection using lateral flow devices. Finally, Neil Havis and François Dussart (SRUC) told us about some of the newest methods in molecular detection from speciesspecific PCR to high-throughput sequencing, and their application to soil -borne diseases of crops. Common themes throughout both applied and technique teaching sessions were the importance of context, of discriminating between biotic and abiotic causes of stress, and of distinguishing harmless symbionts or secondary pathogens from the causal organism.

Participant feedback was overwhelmingly positive, and emphasised the breadth of topics covered and the utility of the practical exercises and walking tour demonstrations:

In answering what could be improved, the most common answer was to be given more time. Several comments noted that the level and breadth of teaching was good for an introduction, and expressed an interest in future, indepth courses. Altogether the feedback demonstrate that the first Scottish Symptoms to Sequences course achieved its goal to help expand plant disease diagnostic capacity, and that there is appetite for more diagnostic teaching. 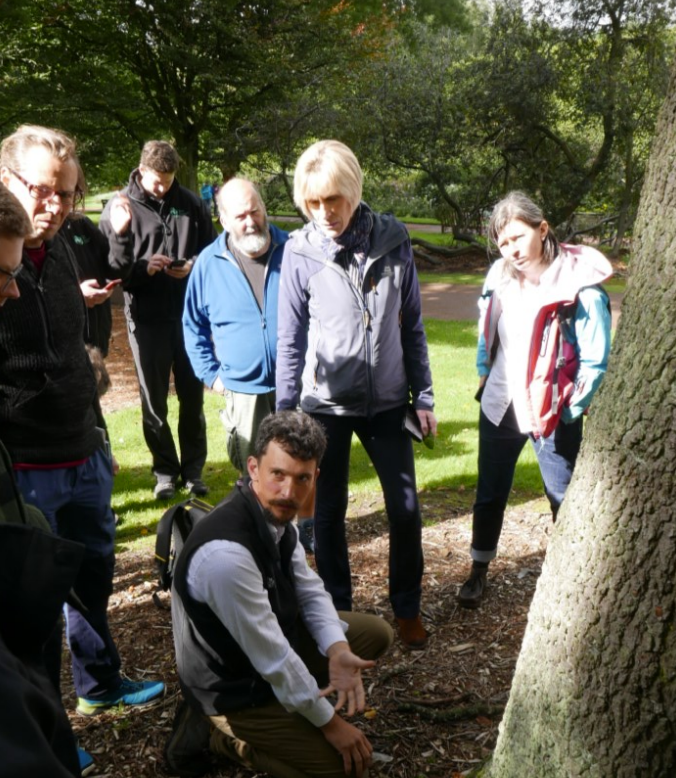