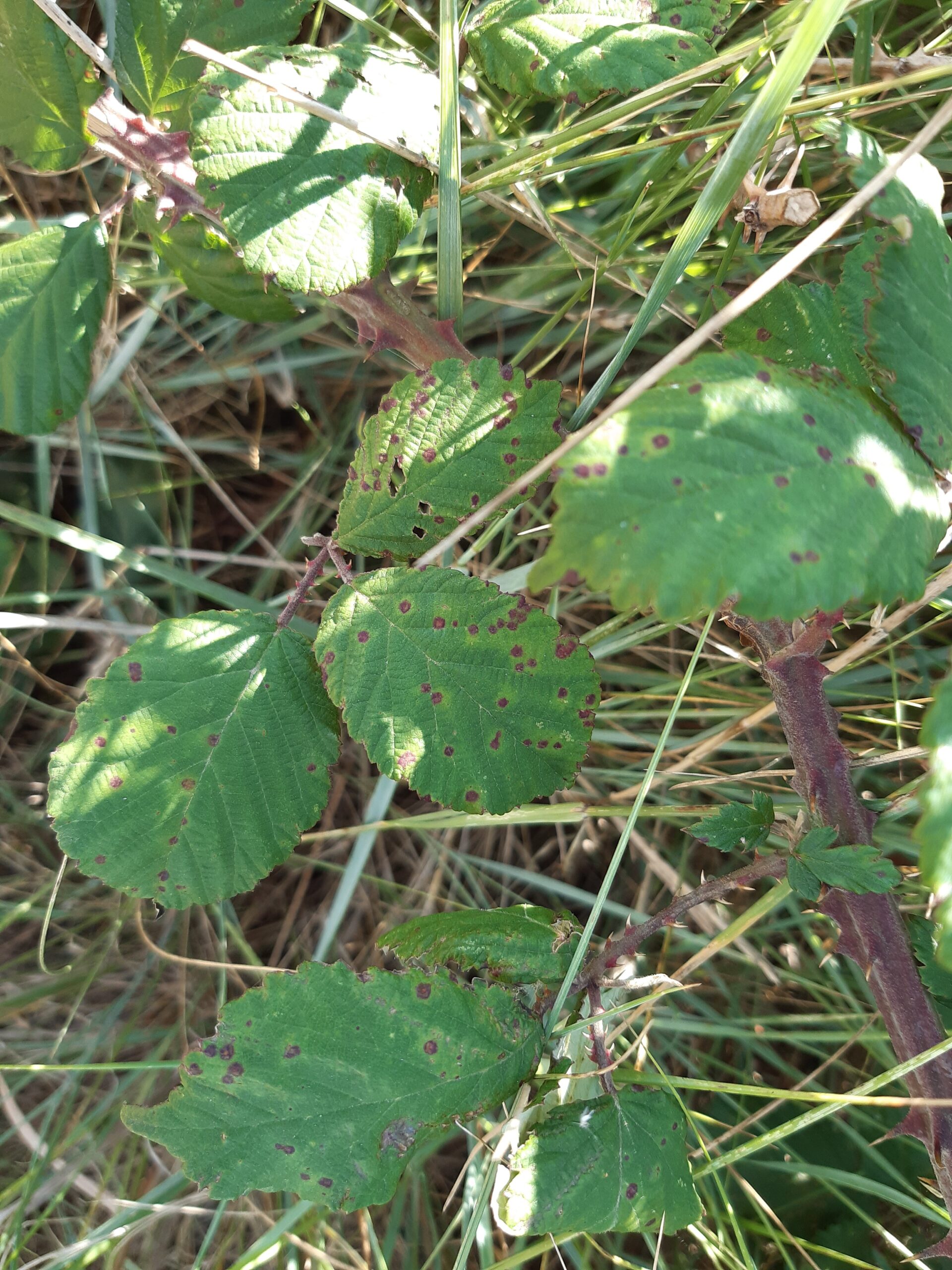 My original idea for this blog was ‘To the village and back’. In the lead-up to the #wildplantdisease challenge I heard someone say: ‘There won’t be much disease around at this time of year.’ I guess I like a challenge! I thought I’d walk the half mile into the centre of our tiny village in mid-Wales and spot as many plant diseases as I could. But after 50 metres and 17 different pathogens, I decided I’d proved that there was plenty to see.

Now, I’ll admit, I’m most interested in fungal pathogens – fungi that cause diseases – so that’s all I spotted. I bet there were viruses out there too and maybe some diseases caused by bacteria but I just don’t have my eye in for those.

Most of what I saw were rusts (seven species) and powdery mildews (six species). But there were other diseases too:

Seventeen diseases seems like a good haul in such a short distance but I was disappointed not to find any galls caused by Taphrina species or any Downy mildews. Why so much disease in such a short distance? There are probably two major factors at work here. Firstly, it’s approaching the end of the season for some of these plants, such as the Red campion, so the leaves are old and lacking in vigour. And, secondly, this is a stressed environment. The plants are growing either on a wall with little depth of soil, or they’re right at the edge of the tarmac. They’ve all been subjected to drought and high temperatures; many of them are being physically damaged as cars pull over on this narrow road to pass each other; and they’re all having dust from the road surface deposited on their leaves restricting photosynthesis.

Blog written by Dr. Fay Newbery, BSPP member and plant pathologist at the Royal Horticultural Society as part of the #wildplantdisease theme this week. Follow Fay on Twitter.