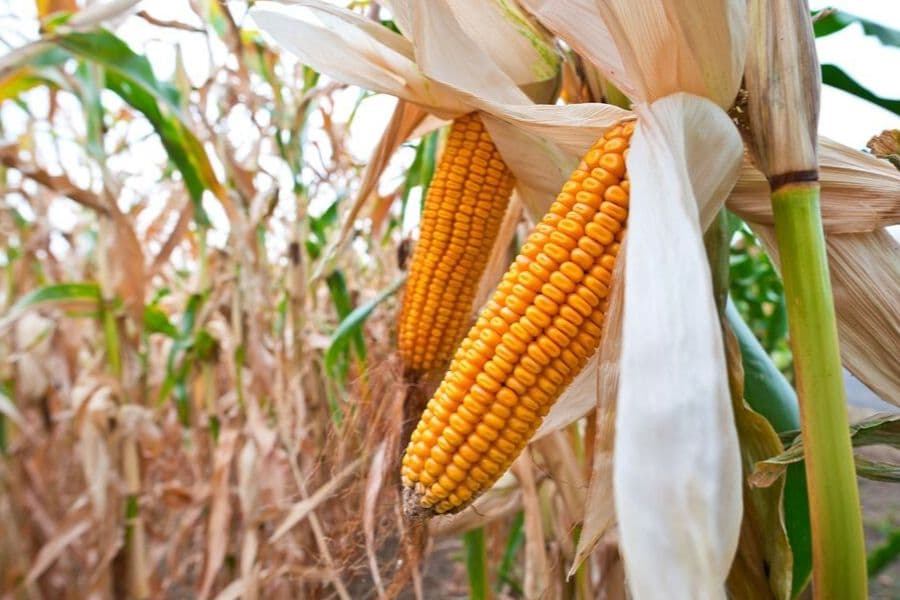 A new study reveals how the cuticle protects maize leaves

The cuticle is a waxy covering of a leaf that helps prevent water-loss. A new study of adult maize leaves shows it’s not a simple structure.

The cuticle is the first line of armour for a leaf against the environment. Isabel Molina and colleagues have been examining closely the cuticle of adult maize plants. “Our group focuses on understanding how plants produce protective lipid barriers that are deposited at the interface with the environment,” Molina said. “Those barriers are the cuticle of shoots and suberin (or cork) of tree bark, roots and potato skin. The team has conducted much of its past work on the well-characterized model plant Arabidopsis thaliana – a plant in the mustard family. Although arabidopsis is in no way a crop plant, it is very useful in the study of many areas of plant biology. Many arabidopsis mutants exist providing opportunities to assign functions to gene products – enzymes and proteins (transcription factors) involved in the pathways that lead to cuticle biogenesis. The opportunity to apply the technical expertise and scientific knowledge of the group to an important crop plant like corn was of course, very attractive. We knew we could make a valuable contribution.”

The cuticle is an important part of the plant, Molina said. “All plants and animals must be protected by barriers that defend them from the environment. Much like the skin of animals, the cuticle is a waxy layer covering the aerial portion of plants, where it provides protection from insect and microbial pathogen attack, extreme temperature, and ultraviolet radiation and dehydration. But perhaps the most important role of the cuticle is to prevent water loss from the plant, preventing dehydration. The cuticle is made by the outermost layer of cells, the epidermis, and composed of cutin, a complex lipid that is produced by linking many fatty acids into a strong polymer, and waxes. In addition to other minor components, the wax is largely composed of various types of compounds containing long hydrocarbon chains.”

Typically you might start by looking at the leaves of seedlings, but instead, Molina and colleagues examined the adult plant. Examining the adult plants was important, especially as so many other people had worked on juvenile plants. Molina said that juvenile leaves contrasted strikingly to adult leaves. “Fully developed juvenile leaves, the first 6 – 8 leaves produced by the plant, exhibit a very different cuticle composition than adult leaves at maturity. For example, juvenile leaves have a dense coating of wax crystals that is absent from adult leaves. Also, waxes of mature juvenile leaves are dominated by very-long-chain alcohols and aldehydes, with lower proportions of alkanes and esters. Most juvenile leaves are usually degraded and fallen from the plant during flower and seed development when drought stress is most damaging to grain yield. Agronomically, this is, without doubt, a more important stage of the plant’s lifespan, so it is also imperative to thoroughly investigate the composition/structure/function of the cuticle in adult leaves and its role in drought tolerance.”

The leaf the team chose to study was leaf 8, the first adult leaf. This leaf, they noted in their paper, grows from the base, so there’s a developmental gradient in the cells along the leaf. The water barrier develops when the leaf cells stop expanding, so there’s also a gradient in the development of the cuticle along the leaf. This was not a surprise, Molina said, but there was something unexpected in the results. “In terms of chemical composition, yes, we expected great differences between the lower, expanding regions of the leaf compared to the upper, most developed regions. When you have the actual leaf or pieces of it, in your hands it is very obvious there are great differences between these regions. The rigidity and thickness are so much greater as you move up the leaf. The sheen of the surface changes along the length of the leaf as well. But we admit that it was surprising to discover the total wax content was so high at the lower sections of the leaf – it’s the types of waxes present that changed so dramatically as you move up the leaf. Structurally, the thickness of the cuticle only increases by approximately 33% between 2-4 cm and 10 cm – beyond which it remains constant. Perhaps, leaf rigidity and thickness are more likely related to structural factors other than the cuticle.”

It’s the chemical differences along the leaf that are the clue to what’s happening in development Molina said. “Tying together the chemical composition, observable structure and water-barrier function of the adult maize leaf cuticle led us to conclude that the cuticle becomes an efficient water-barrier at the same time that an increase in the proportion of wax esters is observed and when the build-up of the cutin polymer is significant. Thus, these two components seem to be critical to the water barrier function of adult maize leaf cuticles.”

While the chemical work is important, it’s part of a bigger project in examining maize, and working to aid farmers combat increasing drought-risk. Molina said there’s still lots of work to come. “This paper describes only part of a greater multi-laboratory project which was generously funded by the National Science Foundation (USA). In the near future, we intend to build on the foundation that this publication establishes. We expect to publish a study describing gene expression specifically in the epidermal cells along the developmental gradient described in this paper. There exists a group of approximately 500 well-established maize cultivars, or lines, with great differences in drought tolerance (water loss across
the cuticle). Taking advantage of the extreme genetic diversity that exists in the many distinct lines of domesticated maize, we will identify candidate genes associated with cuticle function in protecting adult leaves from dehydration.”

By identifying candidate genes that are important to cuticle function the aim is to direct plant breeding to produce more hardy crops than can cope with water shortages. A plant that can manage its water supply more efficiently is a plant that can photosynthesise more efficiently. That means more output in the corn and less damage due to water-stress.

Unravelling the relationships among Verticillium wilt, irrigation, and susceptible and tolerant olive cultivars

🌱Our Plants Our Future 🌱
@BS_PP Presidential Conference with European Federation for Plant Plathology EFPP is open for registration!