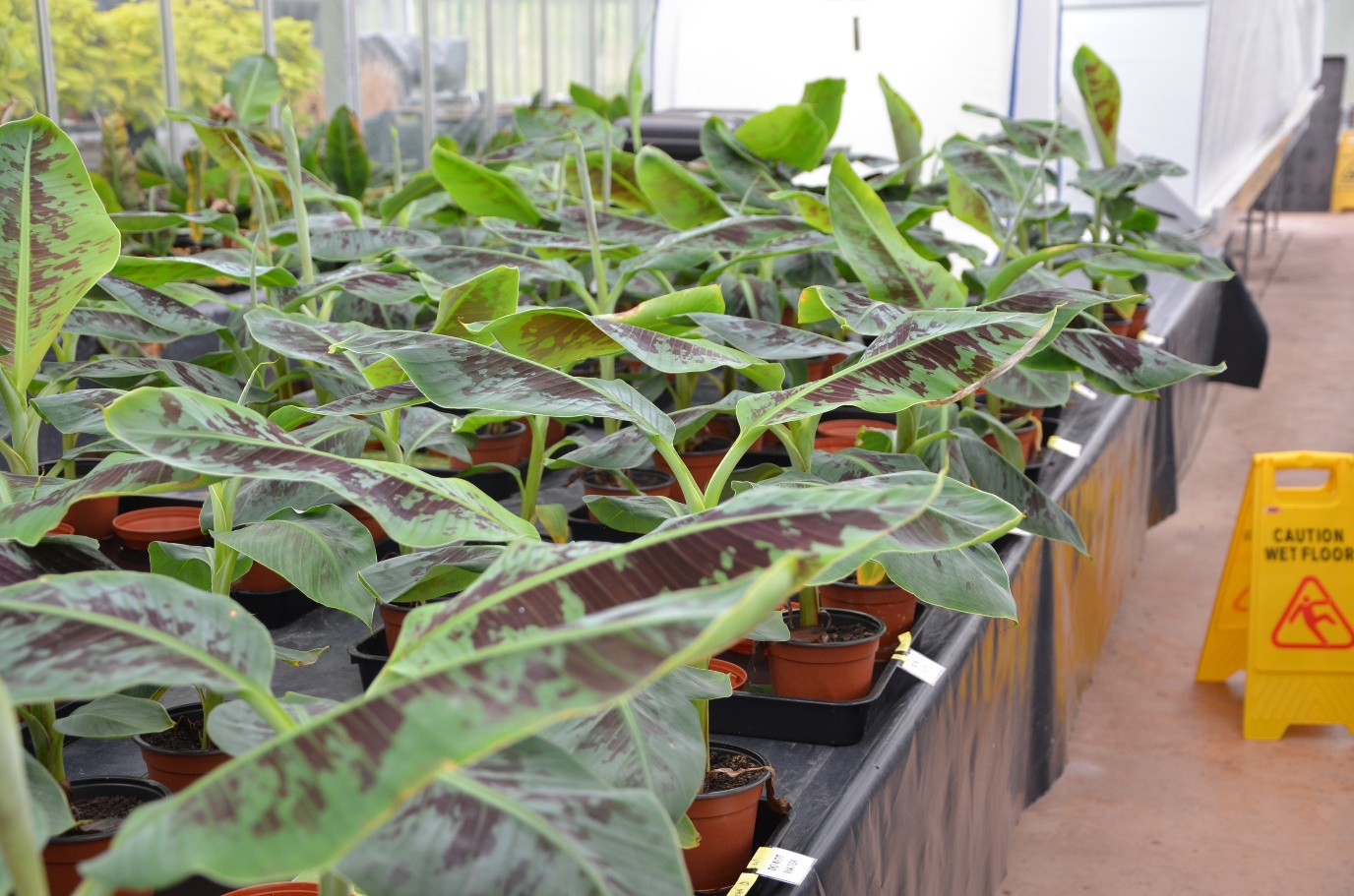 Written by Fred Hill, The University of Exeter. This is the report from a BSPP Undergraduate Summer Vacation Bursary. Click here to read more/apply for one yourself.

Banana is a vital crop. Exported bananas make up a fraction of total production; most bananas grown are consumed domestically. For example, 25% of many African nations’ calories come from banana. However, the banana industry is now under threat from the Tropical Race 4 strain (TR4) of Fusarium oxysporum f. sp. cubense, the causal agent of Panama Disease of banana. The disease causes a vascular wilt, devasting plantations.

I worked with Dr William Kay to contribute towards a literature review of TR4. Having started the project with little to no knowledge of the disease, I quickly learned about many aspects of the disease via reading the published literature, and completing a report on a different topic each week.

My first report produced a general profile on the disease. This started with researching the importance of the banana industry. I was surprised how insignificant the exported volume to western markets is compared to the amount grown as a domestic crop. I also briefly wrote about the origins and distribution of TR4, its spore types and mode of infection.

My second task was researching the origins of the disease, and its spread. I learned that it is thought the disease originated in the Indo-Malayan region. The disease was first reported from Taiwan in 1967, and from there has now spread to nearly all banana producing regions. Perhaps most worryingly, it was recently reported to have been detected in Colombia. If the disease spreads to nearby Ecuador and the rest of South America, the global supply of banana could be severely threatened.

I moved on to researching about how TR4 is detected. I discovered that many detection methods rely on a plant firstly displaying symptoms, by which time it is too late to prevent an infection taking hold. Nevertheless, there are very promising methods being developed, such as soil sample LAMP assays and increasingly portable and user-friendly PCR methods to be used in the field.

Next, I researched how TR4 infects the plant. TR4 penetrates epidermal cells of lateral roots to gain entry to the plant, where it grows towards a mature xylem vessel. Then, via sporulation and germination, travels past sieve plates whilst travelling in the transpiration stream to infect the rest of the plant.

My last research task was to investigate control methods for TR4. This was very interesting, although less was known about controlling this fungus as I expected. For example, the use of endophytic bacteria and fungi have been used as biocontrols to provide resistance to, and compete with, TR4. Whilst these methods reduced disease severity, none of them prevented an infection outright. The use of chemicals to control TR4 is also an understudied area.

I would like to thank Dr Kay for all his help during the project. I am very grateful for him getting in touch with me about the project in the first place. I would also like to thank the BSPP for the opportunity to research into this disease – it has been an invaluable experience and has put me in a prime position for my third-year undergraduate project. This will also be surrounding Panama Disease of bananas. For this I hope to gain some post-lockdown lab and greenhouse experience.