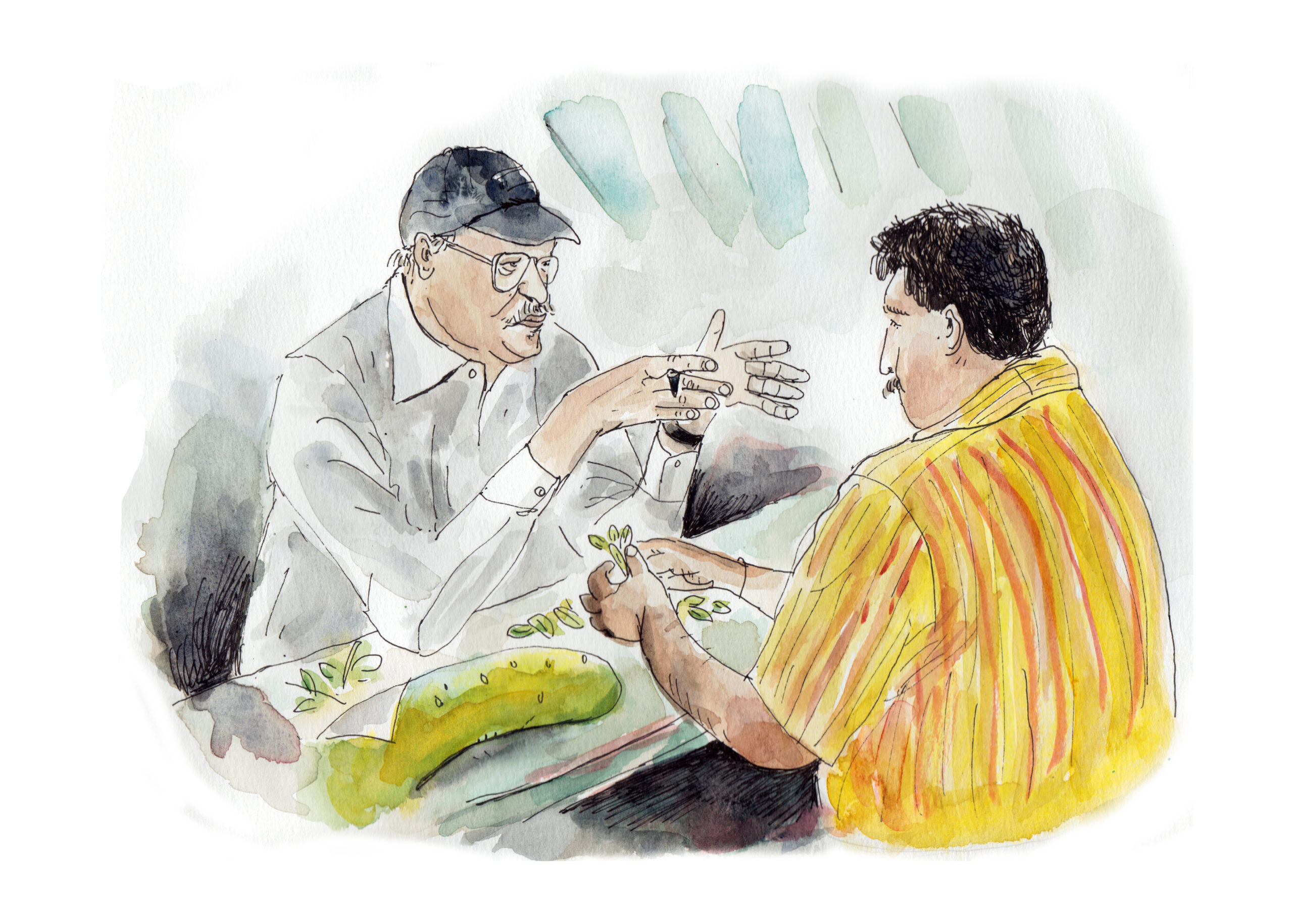 Since it began in 2000, the Bill and Melinda Gates Foundation (BMGF) has built an impressive portfolio of projects. Although perhaps best known for its work in human health, BMGF has had a strong commitment to agriculture. They’ve given millions of dollars for research on plant diseases such as stem rust of wheat (UG99), cassava viruses, banana bunchy top and sweetpotato viruses. A ‘Gates’ project is a golden opportunity for scientists to tackle major problems and make a real difference on a grand scale. Getting the funding is another matter.

I first came into contact with BMGF in 2008, when I was working for CABI and in charge of the Global Plant Clinic, then funded by the Department of International Development. Their support had been critical in developing prototype plant health clinics. A programme officer from the Foundation liked the idea and was keen to explore further. This was our first real opportunity to expand our model of a community-based plant health clinic on a large scale. I was flattered by the attention of someone from “Gates” and excited by the opportunity dangled in front of me. 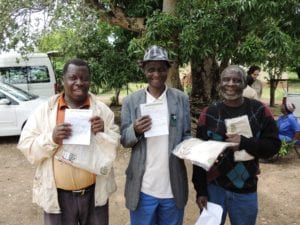 We were invited (you don’t apply) to write a proposal and worked hard to match a shifting set of requirements set by BMGF. A flexible funder is a good thing, but if you’re not certain what they want it’s difficult to finalise your proposal. We duly submitted our weighty proposal – and were duly rejected. Be wary of enthusiastic programme officers acting on their own initiative. They are not the final arbiters. It wasn’t entirely her fault. BMGF was still figuring out what it wanted to do in agriculture.

Writing the proposal was hard work, but also enlightening. It was confirmation for me that plant health clinics belonged to the wider arena of agricultural extension and general advisory services for farmers, and was less about the details of diagnostics and control methods. I got an early hint of BMGF’s ambivalence to funding projects on advisory services. This continues to puzzle me, because improving agriculture and livelihoods depends intimately and ultimately on success at providing direct support to farmers and therefore the effectiveness of agricultural extension. The same situation occurs in human health. Primary healthcare is crucial to people’s well-being, yet donors (including BMGF) typically show little enthusiasm for funding research on service delivery.

One thing is for certain. Agricultural extension doesn’t just ‘happen’. Research is needed on methods and operations, including delivery of services, financing, access to information and inputs, training of staff and management of service providers. We wanted to know more about the role of the private sector, for example, in running plant health clinics and training of plant doctors. These and many other questions needed further investigation if the early promising results of plant health clinics were to lead to something bigger and better.

BMGF have a reputation of preferring technical fixes, or scientific silver bullets, hence a heavy investment in plant breeding. I was therefore surprised but delighted in 2010 when a new programme officer, Christian Witt, said that the foundation was still interested in the concept of plant health clinics. By this time we’d done more research, analyzed more data and had begun to look seriously at the wider implications of running plant health clinics within national agricultural extension systems. So I felt better prepared for getting back onto the project treadmill.

This time there was a much clearer sense of direction. A small team at CABI bounced ideas back and forward with Christian over many months, a hugely enjoyable experience. Our concept note was accepted. This was it, I thought, as I read the email during a stay in Kathmandu. I bounced up and down on my bed and felt elated. The thrill of getting past the first hurdle was slightly tempered by a growing realisation that what lay ahead would pose the biggest challenge I had ever faced. My good friend Dannie Romney, who had just had a proposal on soil health accepted by BMGF, warned me of the hard work ahead.

Anyone who’s written a large project proposal will be aware of the huge effort required. When you write a Gates proposal multiply this by 10. Christian expertly guided us and was solidly behind our evolving ideas, which he probed in depth. He relayed comments back from his colleagues during a seemingly endless series of mini-reviews prior to the final submission. I spent nights and days finalising the main text for ‘Plant Health Services (in Africa)’, aided and cajoled by Dannie. Others worked on the financing, project management and integration of clinics with CABI’s unique information and publishing prowess. 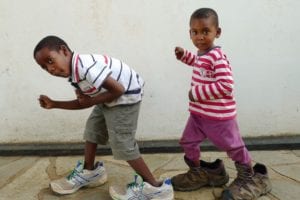 We had a set format for presenting the budget of just over USD 10m, but the form of the main proposal was flexible, ultimately determined by BMGF. It was a long, long slog. The signs were encouraging and our second, even weightier proposal, went ‘upstairs’. It was rejected at the very, very last hurdle. This time I was less sanguine about the outcome, having poured heart, soul and everything else into a once-in-a-lifetime opportunity. Christian was mortified, while rueing that nothing was ever guaranteed, even with well-received concepts. I’ve reassured him that the experience of writing the proposal was hugely rewarding. Someone important had finally, finally, took our ideas seriously. There were some positives at the end of a gruelling journey.

The most telling remark that stays with me to this day was that ‘Gates doesn’t do slogging’. A decade later, I understand better the reluctance to fund plant health clinics. Agricultural extension is a messy and complex area with knotty challenges concerning service providers, funding, quality control, training, certification of health staff, governance and so on.  Governments and donors also struggle to achieve sustained progress in primary healthcare for much the same reasons.

We failed with BMGF but the concept succeeded with other major donors. The Global Plant Clinic morphed into Plantwise, a programme that has received US$60m since its formal inception in 2012. That’s when I left CABI; another story for another day.

With thanks to Lucy Watts for the main illustration; and to Mathias and Nehemiah for slogging