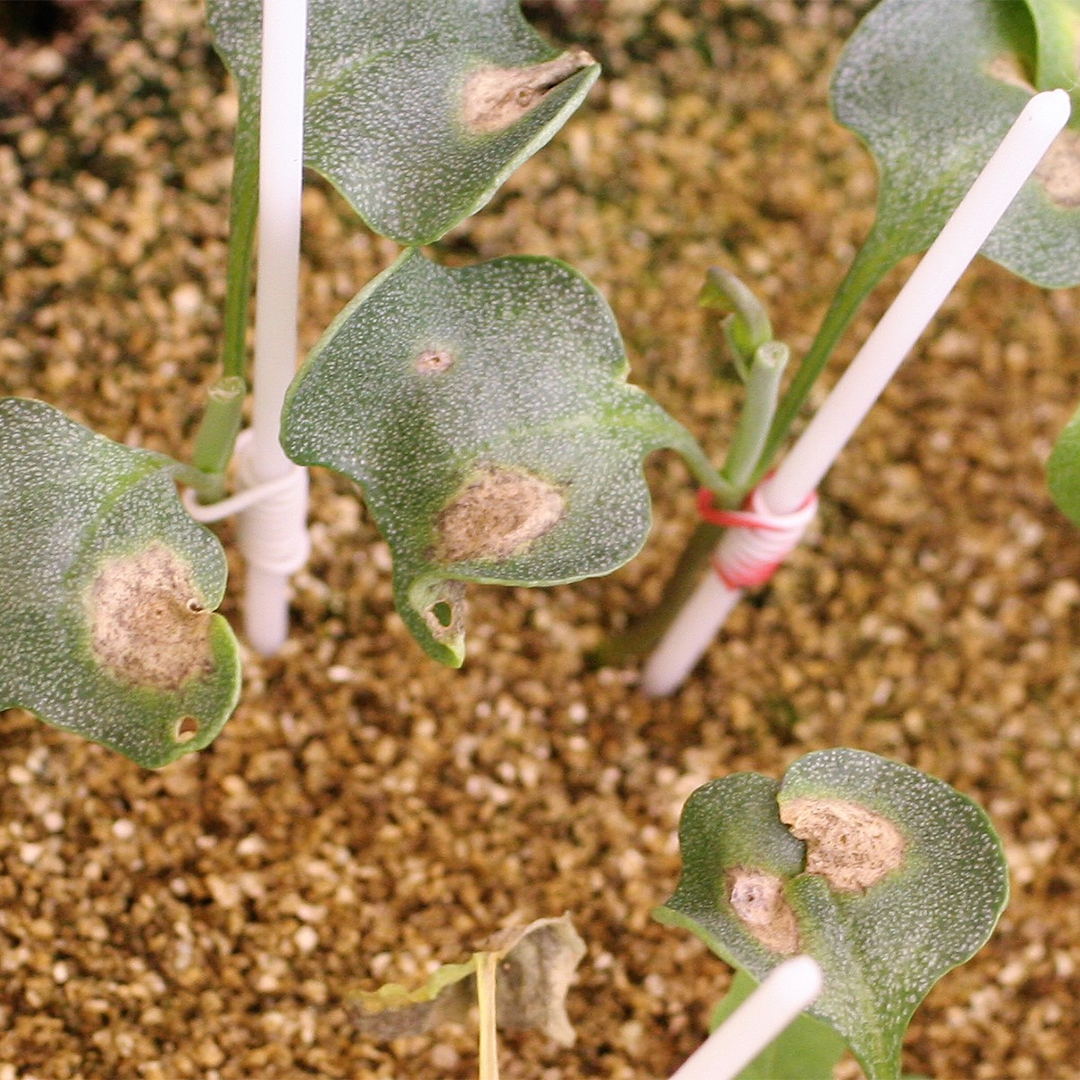 Fungi are the main pathogens of plants and they threaten global food security by causing overall average losses above 30% in wheat, rice or potato, to name only a few. Worldwide, fungal diseases are mostly controlled by using fungicides, whose adverse effects on the environment and human health are problematic. But plants are also smart and, in the course of their co-evolution with their pathogens, they set up recognition strategies allowing them to recognize they are infected by a pathogen and react to the infection by the so-called hypersensitive response, by which they sacrifice infected cells, to stop the invader and eradicate it. Recognition of the invaders is governed by “resistance” (R) genes that have been naturally selected in plant populations exposed to a pathogen. Thus, in agricultural settings, identifying these resistance sources and breeding so that they are introduced in commercial varieties of crops, provides us with an environment-friendly and efficient control method of diseases.

To manipulate the plants and facilitate the colonization of tissues, fungi produce hundreds of dedicated molecules, called “effectors”. Over the course of the plant-pathogen co-evolution, these effectors have become the target for plant recognition of ‘non-self’ by R genes. Back in 1940, the discovery of this phenomenon was the basis of the “gene-for-gene” concept, involving interaction between an R gene of the plant and the effector it recognizes, then termed “avirulence” (Avr) gene.

For breeders whose objective is to develop new varieties, it is a treasure hunt to identify individual plants or varieties containing new R genes that will be introduced in selection schemes to generate new resistant varieties. For many plant species, huge genetic resources exist in international collections and may be mined for such an objective. However, the prerequisite for the mining is to have an extensive genetic and molecular knowledge of the matching Avr gene in the fungus.

The stem canker of rapeseed is caused by a fungus, Leptosphaeria maculans. Interestingly, fungicides are not widely used against this fungus, at least in continental Europe, and control of the disease depends widely on the use of resistance genes. For seed companies, finding and using new R genes is thus important in terms of market share!

Similar to many important crops, rapeseed is a spontaneous interspecific hybrid between two other crucifers; cabbage and turnip, a hybridization event likely to have occurred multiple times in vegetable gardens in historical times. As a consequence, mining genetic resources to find new R genes is possible in rapeseed, but also in turnip and cabbage. Until now, however, R resources were mainly from turnip and none was identified in cabbage. A recent paper in Molecular Plant Pathology shows that a small group of varieties of broccoli (a morphotype of cabbage) grown in Mexico are resistant to French isolates of L. maculans. The fungal isolates were obtained from rapeseed in Europe (when the plants were inoculated with the fungus in controlled conditions) and also when the broccoli varieties were grown in the field. Genetic analyses on the fungal side show that avirulence is due to a single gene, termed AvrLm14, which is a typical L. maculans Avr gene in terms of gene structure, regulation and genome environment. This first identification and characterization of an avirulence gene towards cabbage in L. maculans indicates occurrence of a new R gene in the broccoli varieties and shows that cabbage diversity can also be a resource to consider to diversify the resistance genes portfolio used in rapeseed.

TITLE IMAGE: Different types of resistance responses expressed on cotyledons of broccoli following inoculation with a French field isolate of Leptosphaeria maculans harboring AvrLm14. All images used with permission of the authors.