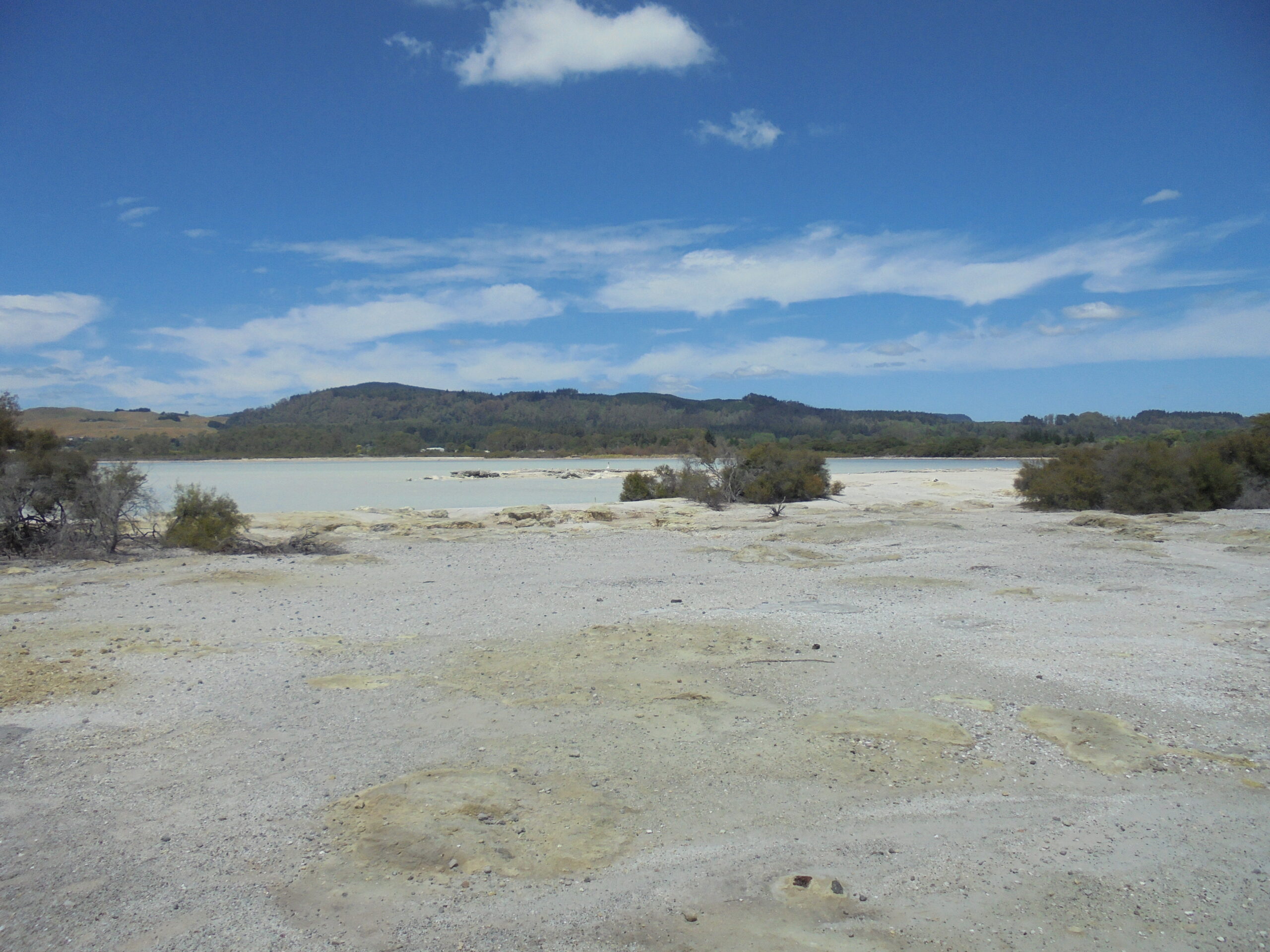 Written by Steve Woodward at the University of Aberdeen. This is the report from a BSPP Senior Fellowship. Click here to read more/apply for one yourself.

I considered myself very lucky in 2018 to be invited to spend time at SCION, the Forest Research Institute of New Zealand, from late 2018 until early in 2019. Missing the northern hemisphere winter was a minor consideration. Having been in Rotorua several times previously, I was well aware of the excellent facilities available at the institute, and the sterling work done there on tree pathology over many years. The legacy of Peter Gadgil’s efforts are very evident.

Currently, with an upsurge in damaging diseases impacting on New Zealand native trees and forest plantations, the pathology team at the institute is particularly active, with a big group of scientists now specialising in Phytophthora problems, for example, others with broader remits in diagnostics.

New Zealand’s forests, particularly the large plantations of radiata pine, are major contributors to the country’s export income and considered one of the country’s most important land uses. The native forests are now rightly considered to be of great importance in maintaining biodiversity in the face of human population growth and climate change. A particular problem that has come to the fore over the last 20 years is the attack on the iconic kauri tree, Agathis australis, by Phytophthora agathidicida, which is causing widespread mortality in the native forests in the north of North Island. A further major problem recognised recently is another needle pathogen attacking radiata pine, Phytophthora pluvialis, causing red needle cast.

Managing these Phytophthora diseases is made more difficult because the extent of spread of the pathogen is difficult to trace, particularly with the largely soil-borne P. agathidicida: this problem was the focus of my work in New Zealand. Over the past four years in Aberdeen, we have been examining the use of volatile organic compounds (VOCs) produced by pathogens in detection and/or diagnosis. All organisms produce VOCs and the chemical analytical machinery for detecting these gaseous compounds is now extremely sensitive: we see the machines ready for action each time we pass through airport security, where small ionization mass spectrometers (IMS) are used to detect illicit drugs and explosives; hand-held versions of IMS are used by the military.

These machines are as sensitive as state-of-the-art molecular diagnostics, but not restricted to finding the precise location in the plant tissue (or other substrate) where that important DNA occurs. The work we carried out in SCION demonstrated that VOCs produced by P. agathidicida differ both qualitatively and quantitatively from those produced by other Phytophthora species present in New Zealand forests and suggested that, using suitable approaches, the chemical methods could be used in the detection of soil infestations. It is incredible to see the range of small molecular weight organic compounds that micro-organisms produce, which if suitably concentrated, would be explosive. Preliminary identifications of some of the VOCs showed that pentane, heptane and acetic acid are produced, amongst many other simple and more complex compounds.

We also showed that subtle changes occurred in the VOCs produced in the air around 3-years-old A. australis plants inoculated with P. agathidicida, although much more work will be required to prove whether these changes are specific to Phytophthora-infected plants, or simply indicative of a problem. This work will be continued in an upcoming Tree Health Initiative proposed for the SCION team.

With the help of the excellent analytical chemists at SCION, I also examined the crystalline nature of cell-wall cellulose in P. agathidicida using solid-state NMR. We’re planning to broaden this work to examine cellulose in the cell walls of other oomycetes, which clearly differs from that in plant cell walls.

Wider interactions with scientists in New Zealand included discussions with Prof. Rosie Bradshaw of Massey University at Palmerston North, although it was not possible to fit in a visit to her laboratories. I made an informal visit to the fruit growing areas to the south of Nelson: an area with very intensive apple, kiwifruit and hop production. Professor Phillip Hulme of Lincoln University New Zealand gave an excellent talk on invasive plant species at SCION, and I spent an enjoyable evening discussing invasive plants and pathogens with Philip after the event.

It was a pleasure to be able to help in other work underway at SCION, mainly focused on the various Phytophthora issues present in the forestry sector. The pathology team is very vibrant, encouraged by experienced senior scientists, including Lindsay Bulman and Beccy Ganley (now at Plant and Food Research, Te Puke, New Zealand). Two of my own former PhD students, Stuart Fraser and Alexandra Puertolas, were also at SCION, and always ready to help me find my way around or to appropriate entertainment. I was consulted several times during my stay on the preparation of both large research funding proposals and on scientific writing – preparation of manuscripts for journals and for wider public dissemination.

I am very grateful to the BSPP for providing funding to part support my visit to SCION, and to the Healthy Trees, Healthy Futures programme for additional resources. Scientists in the Tree Health section at SCION who made my stay so enjoyable include Lindsay Bulman, Beccy Ganley, Ian Hood, Rebecca MacDonald, Nari Williams and Peter Scott. Friends and colleagues in the Chemistry Team include Stefan Hill, Laura Raymond and Christine Karbiwnyk. Stuart Fraser and Alex Puertolas were instrumental in making my stay comfortable.