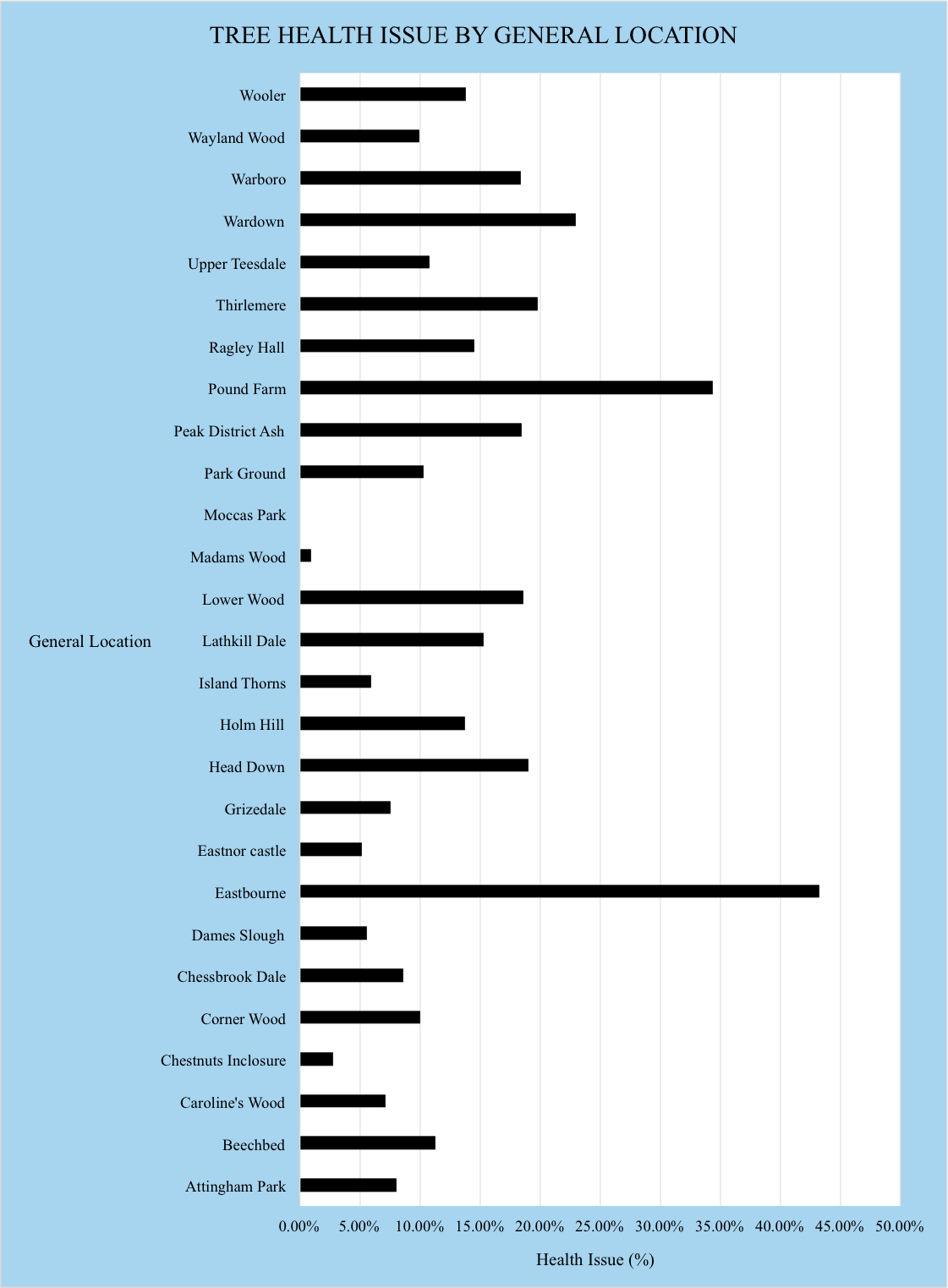 Written by Thomas Kennedy. This is the report from a 2020 BSPP Lockdown Bursary. Click here to read more/apply for one yourself.

This summer internship position was taken up virtually on behalf of The Department of Environment, Food & Rural Affairs (Defra). Due to COVID19 restrictions, Defra’s offices were not open, however, I was able to carry out a 4-week, desk-based research project, working remotely from home. Under the supervision of Defra statistician Sam Grant, the research involved geospatial analysis and quality assurance of some recently acquired earth observation data, to improve the detection and management of tree pests and diseases in the wider environment.

Generally, there is limited information at large scale geographies on the host populations of trees, especially where knowledge is required concerning species. The development of earth observation techniques offers new opportunities to map the treescape on a wide scale and to monitor health, condition, extent and other key variables. However, such technologies have yet to be proven accurate when used across large geographies. It is for this reason that a map detailing both the location of ash and oak trees as well as the general health of these trees at an England level has been created, to assess whether these new techniques are robust and can be operationalised. Rezatec was commissioned by Defra to produce a map of ash and oak compositions, as well as general tree health. My work served as an initial accuracy assessment of this map, detailing any limitations and issues that may be present. It will form part of a wider quality assurance assessment of the Rezatec led project.

Data were downloaded using the Rezatec portal and inputted into ArcMap 10.8 for further analysis. Aerial photographs were used to cover areas where health issues were known to be prevalent and where the dominant tree species were known. Exiftool was used to extract the location metadata attached to individual photos. Data sets were merged in Excel to create a master dataset which could be plotted onto ArcMap. Photo locations were recorded as point data and so as a result were often outside of the forest area. To overcome this, 500m buffer polygons were placed around each photo and dissolved based on their general locations, allowing points to be incorporated within the surveyed forest. Zonal statistics operations were then applied to calculate statistics on areas where these buffer polygons intercepted the forest data, allowing for the calculation of percentages of oak, ash and health issues of each general location (see figure).

Initial zonal statistics found that oak was present in all areas where it was listed as the dominant species by the Forestry Commission whereas ash was only found in half of where it was listed as a dominant species. Thus, confirming the accuracy of oak mapping while suggesting concern for ash mapping. As suggested by the FC data, further zonal statistics found that tree health issues were found to be in all but one general location, suggesting that the map is showing correct health data at ~96.3% of sites.

There were many inherent limitations found within the data sets. Namely within the species data, whereby polygons were defined by individual 25% bands, as well as data only available for ash and oak trees. Thus, making calculations of exact species compositions percentages within each area difficult as they could not be cross-compared with other species within the area and could only be assumed to within a 25% accuracy. However, workarounds were possible, allowing me to produce conclusions about the accuracy of the map.

Throughout this project, I gained a multitude of vital skills that will be useful to me within my future career path. I built upon my ArcGIS and Excel skills and gained confidence and experience in email and telephone communication. I was also able to partake in many Defra meetings, giving me an insight into the internal workings of the department. Alongside this, I was given the opportunity to speak to current public sector workers who explained their career paths, thus broadening my horizons when it comes to looking for my first graduate job.