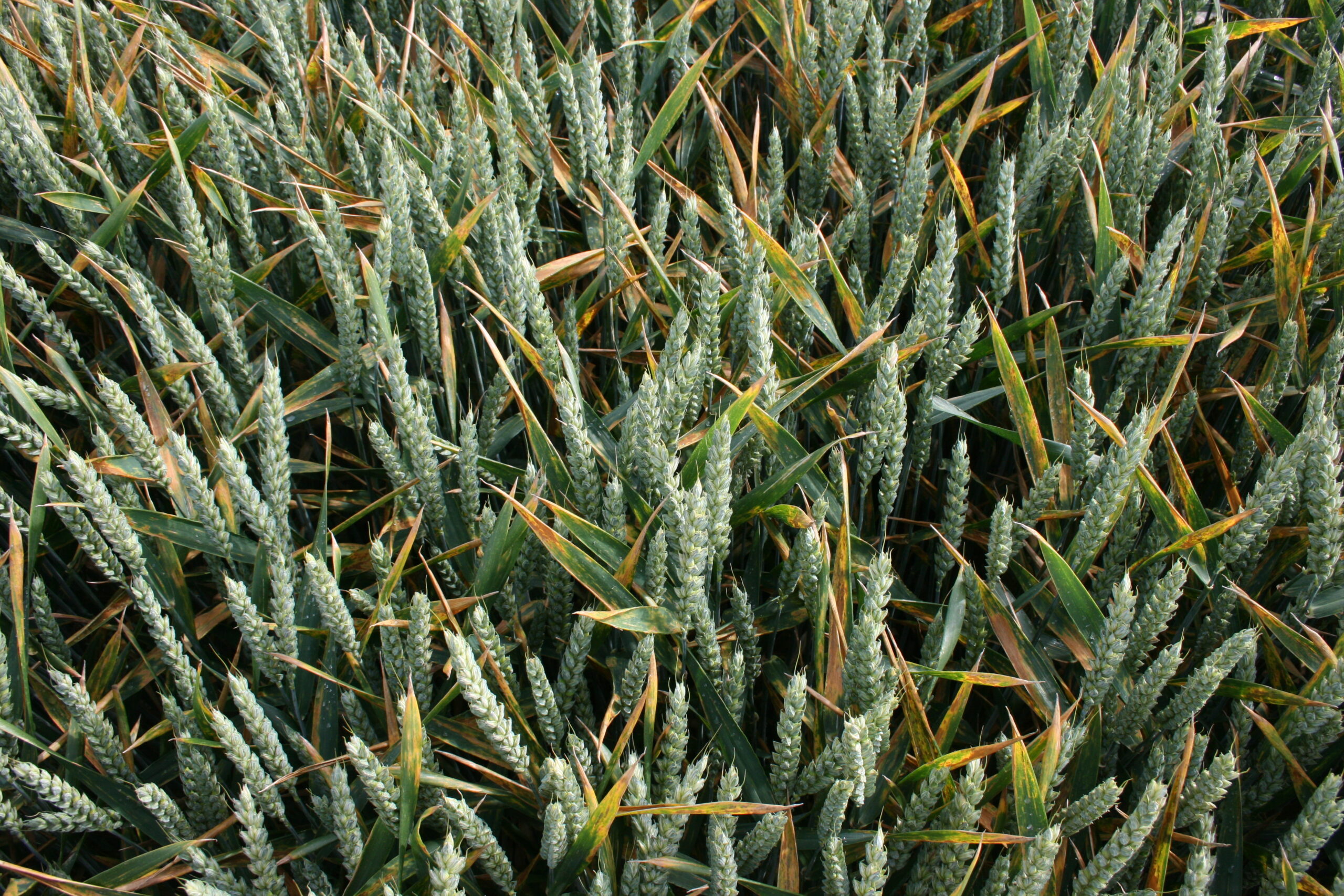 Septoria tritici blotch is a devastating disease of wheat, but resistance genes such as Stb6 can help defend crop plants from pathogens. In this study, we investigated how a global pathogen has evolved in response to the widespread deployment of Stb6 in wheat populations.

Wheat is a vital staple crop around the world, accounting for up to 20% of all calories consumed. Growing wheat has many challenges, not least of which is the threat of disease. One devastating disease of wheat, known as Septoria tritici blotch or STB, afflicts crops from the UK to Australia. It appears as blotches on leaves, killing wheat cells in infected areas and limiting the plant’s ability to create food by photosynthesis.

Studies have found that up to half of a field’s predicted wheat yield can be wiped out by this disease, making it a huge issue both for farmers and bread-lovers globally. In the past, the fungus that causes this disease, Zymoseptoria tritici, has been controlled using fungicides. Unfortunately, the Z. tritici fungus has repeatedly evolved resistance to these chemicals, making them less effective over time. With fungicides failing to prevent the spread of STB, finding genes in plants that provide immunity to this disease is becoming increasingly important.

One of the wheat immune receptors, known as Stb6, has recently been identified. This protein works by detecting the presence of another protein secreted by the fungus as it infects wheat. This fungal protein, AvrStb6, is so-called as its detection by Stb6 results in complete protection for the wheat against the disease – making the fungus avirulent in plant infection assays. However, as we have seen for SARS-CoV-2 evolving to reduce the efficacy of vaccines, variants of the fungus can evolve which are capable of evading detection by resistance proteins.

In order to survey current variants of the AvrStb6 protein in global fungal populations, we were able to utilise collections of Z. tritici strains from across five continents. The AvrStb6 gene was sequenced from 381 strains in this global collection. Having analysed these strains, we discovered a dramatic change in the frequency of AvrStb6 variants in modern Z. tritici strains, compared to previous studies. Critically, gene variants coding for a single variant of the AvrStb6 protein are now the most frequent in several regions around the world. This variant, as well as most others discovered, can evade detection by the plant Stb6 protein, allowing the fungus to cause disease on many cultivated wheat varieties.

Many pathogens evolve to overcome disease resistance genes by eliminating or ‘losing’ the corresponding avirulence genes from their genomes. Interestingly, we found that AvrStb6 was present in almost all Z. tritici strains analysed, suggesting it plays an important, as-yet-unknown, function in the pathogen’s life cycle.

Our study demonstrated how selective pressure from plant disease resistance genes can drive pathogen populations to change dramatically. As we discover more about how Z. tritici evolves and as more STB resistance genes are identified, the arsenal with which we can fight this disease will continue to grow.

Remarkable recent changes in the genetic diversity of the avirulence gene AvrStb6 in global populations of the wheat pathogen Zymoseptoria tritici.