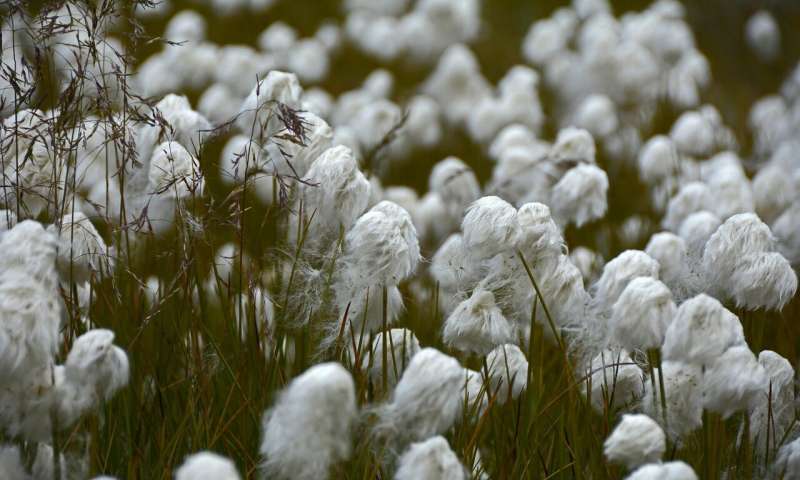 Pathogen-infected hosts may promote the performance of vector insects; but whether and how pathogens affect nonvector insects have been largely unexplored.

In a study published online in Science Advances, a group of scientists led by Prof. Ye Jian from the Institute of Microbiology of the Chinese Academy of Sciences discovered that viruses mobilize plant immunity to deter nonvector insect herbivores. They uncovered the mechanism used by begomoviruses (the largest genus of plant viruses in the world) to alter a host plant’s immune system. This discovery may facilitate the development of biological methods to control vector-borne diseases.

Prof. Ye’s team focused on the geminivirus and bunyavirus—two types of arbovirus that cause many notorious crops diseases in developing countries. Both the geminivirus and bunyavirus are capable of manipulating the host plant to attract their corresponding vector insects by inhibiting host-derived olfactory cues, in turn promoting pathogen transmission among host plants. Relevant studies were published in The Plant Cell and PLOS Pathogens, respectively.

Whitefly (Bemisia tabaci) species are the only known agricultural super-insect vectors to transmit pathogens and are also a major global invasive pest. Whiteflies can transmit more than 500 plant viruses, including many geminivirus species that have recently emerged as one of the most destructive pathogens in the past decade, particularly in the tropics and subtropics.

The scientists found that geminivirus infection hijacks the function of plant WRKY20 to dramatically reduce the accumulation of specialized metabolites, such as insecticidal glucosinolates, in the vascular tissues on which the virus and whitefly feed, leading to an easier life for the geminivirus and whitefly. Meanwhile, geminivirus infection redistributes plant insecticidal metabolites among different cell types and causes enhanced glucosinolate levels in nonvascular leaf tissues, e.g., mesophyll cells.

Cotton ballworms dislike feeding on geminivirus-infected plants. The superior inhibitory effect on cotton ballworms due to geminivirus infection was as good as that of a widely used commercial transgenic cotton cultivar engineered to produce insecticidal toxins from Bacillus thuringiensis (Bt). Not only leaf-chewing herbivores like cotton ballworms, but other piercing insects such as aphids, can be highly growth-inhibited by geminivirus infected plant. The feeding of aphids could activate the production of the aspirin-like drug chemical salicylic acid, which in turn inhibits aphid growth and the production of offspring.

These results demonstrate how the geminivirus promotes its vector and deters its nonvector competitors in the plant community, partially explaining why the geminivirus is so successful worldwide.

In Africa and South Asia, the cotton leaf curl virus, a type of geminivirus, causes a major viral disease in cotton with millions of bales of cotton fiber lost annually. This pandemic geminivirus has invaded Southeast Asia and China in the last decade and has rapidly established itself in many cotton-growing provinces in China. This is a serious problem for China, since it produces 30% of the global cotton crop, making it the world’s largest producer.

“It is really critical to identify cotton germplasms that are resistant to the whitefly-borne geminivirus since most high-quality fiber cultivars are sensitive to this virus. We are now generating new resistance germplasms by genome-editing technology to secure high-quality cotton fiber production,” said Prof. Ye.