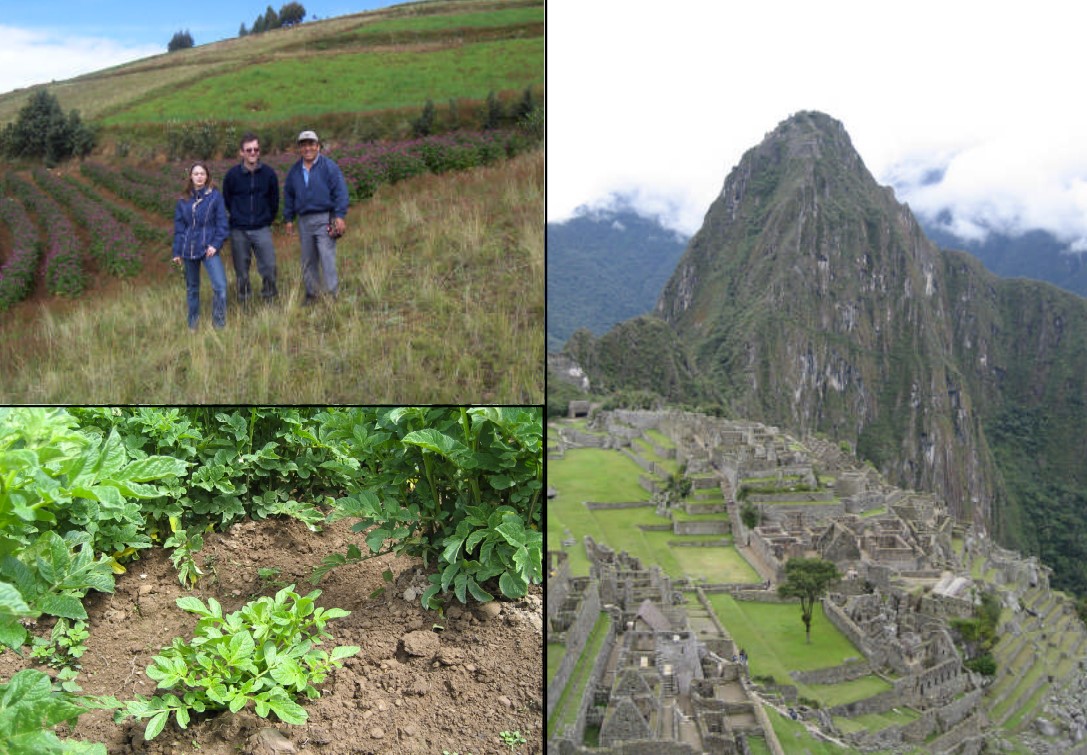 Are there phytoplasmas in Peru? (BSPP Junior Bursary Report)

Written by Jennifer Hodgetts, Department of Plant Sciences, University of Nottingham. This is the report from a BSPP Junior Fellowship. Click here to read more/apply for one yourself.

Phytoplasmas are a group of bacteria that infect a large range of ornamental plants, as well as important fruit, vegetable and forage crops throughout the world. The focus of my Defra funded plant health fellowship PhD is to improve the detection methods for these organisms, particularly focussing on methods of molecular detection, but also ensuring that the methods work in the field.

With the appointment of Dr. Ian Barker, previously from CSL (York), as Head of Virology at CIP, the opportunity arose for me to go and collaborate with CIP with the aims to help train their staff, to improve the local capacity to detect the pathogens and also to survey what, if any, phytoplasmas are present in Peru. The International Potato Centre, known by its Spanish acronym CIP, is located in Lima, Peru’s capital. CIP’s remit seeks to reduce poverty and achieve food security on a sustained basis in developing countries through scientific research and related activities on potato, sweet-potato and other native Andean root and tuber crops. Although locally it is accepted that phytoplasmas are present within crops in Peru, there are no records of this within the scientific literature even though there are recorded instances in other South American countries, notably Colombia and Bolivia which share borders with Peru.

The staff and lab at CIP38 To this end, I travelled from the midst of Britain’s snowy February to peak summer time Lima at a balmy 27-30oC and near 100% humidity! CIP have over the years tested and maintained plants which they believe to contain phytoplasmas so these made a nice starting point for the local work. It was then time for Ian, myself, Carlos (our local expert and native language ‘Quechua’ speaker) and our intrepid driver to set off on a field trip. This took us up and over the central Andes reaching the highest point of 4,818m altitude to CIP Huancayo, a field station based at 3,300m altitude in the Andes. Here we spent two days travelling around fields dispersed throughout the mountainous area sampling crops with suspicious symptoms. There are no farms in the conventional sense, more individual fields owned by different people, meaning that a single field contains multiple crops with the farm animals tethered around the edges, creating a haven for disease spread. All the native potato varieties were in flower and looked splendid with their magenta, deep blue and white flowers.

Although CIP’s remit is to study mainly potato (and sweet potato which grows in coastal and lowland areas), we came across numerous other crops which seemed ‘suspicious’ to Carlos and to Delia Gamarra, a local university pathologist, so we decided we could justify expanding our search to these other crops, including carrots and maize, as CIP is interested in potential alternate hosts for potato pathogens. Collecting samples with Ian and Carlos (top left), phytoplasma infected potato (bottom left), and Machu Picchu.

After experiencing the local customs at craft markets, visiting grazing herds of alpaca, llamas and wild vicunyas and tasting the local specialty of pachamanca, a stew-like meal cooked in huge underground clay pots, we travelled back to Lima. We then performed our molecular detection methods back at CIP where it became apparent that what is required is more people like Carlos, who in every case apart from one sample was right in his yes/no phytoplasma identification based solely on looking at crops! This skill was also replicated when we tested potato viruses using CSL’s lateral flow devices…
Peru has a very varied terrain, with three types of environment, running in strips from the North to South of the country. The first of these is a thin desert like strip, being the costal areas where CIP is based in Lima. Adjacent to this are the Andes, with distinct climates on either side, and this is where we were based on our field trip. The final climate is the large expanse of jungle areas, inland of the Andes.

During my time at CIP there was another field trip taking place within the jungle area of Peru focussing on papaya viruses. In the classic way that all great science works, after spending an afternoon beachside discussing phytoplasmas in general, we realised that for some of the papaya plantation diseases CIP was studying, the symptoms were typical for phytoplasma infection. When it also came to light that in the same area were coconut trees, which are well known to harbour phytoplasmas, we decided this was definitely worth further investigation and we attempted to squeeze in a second field trip to visit these areas.

However mother nature intervened and there was massive flooding of the area leading to the Peruvian government declaring it a state of emergency. This meant doing a health and safety evaluation and to send me there could have been interesting to say the least, so instead the CIP team already there was sent on a mission to collect samples. Two weeks later we were delivered a batch of samples from papaya and coconut trees, and were pleased to discover that as is always the case, what had started as a casual conversation led to the identification of phytoplasmas in both of these crops!
Whilst away, I also took the opportunity to see some of the tourist delights of Peru, and travelled to the South to visit Cuzco and the Inca citadel of Machu Picchu, both truly breathtaking and once in a lifetime places to visit. So it remains to thank the BSPP for funding this trip, CIP for presenting the amazing opportunity and being generous and welcoming hosts and also CIP, CSL and the University of Nottingham for providing additional funding. For those interested in reading more about CIP’s work visit their website; http:// www.cipotato.org/