B-cin Quest: Developing a curated database and workflow for searching for existing and novel bacteriocins produced by plant pathogenic bacteria

The potato crop has estimated losses of over £750M globally each year due to Blackleg disease, which in the UK is primarily attributed to Pectobacterium atrosepticum (Pba), a pectolytic bacterium that breaks down plant tissues. There are limited control measures for this species, but one promising and innovative area of research is the use of bacteriocins to target and kill Pba.

Bacteriocins are narrow‐spectrum, proteinaceous antibiotics that are present in many types of bacteria which target and kill related bacterial species. The advantage in using bacteriocins compared to traditional antibiotics is that they do not impact the environment or wider soil microbial communities, and can be even expressed in plants or used as prophylactic treatment.

Work concerning bacteriocins relevant to Pba control of Blackleg disease is currently funded by BBSRC, Defra, NERC, and the Scottish government on the DeS-Bl grant “Building a Decision Support Tool for Potato Blackleg Disease”). This grant is a collaborative grant led by Prof. Ian Toth at the James Hutton Institute. Over the past 10 weeks, I have had the great opportunity to work with the team at the University of Glasgow (Dr Joel Milner, Dr Umer Ijaz, Prof. Barbara Mable, Dr Ciara Keating, and Prof. Dan Walker) who are involved in work package 3 of the DeS-Bl grant.

My work consisted of developing scripts for high-throughput automated screening for novel and existing bacteriocins present in P. atrosepticum genomes. To do this, I first had to build a database of known bacteriocin sequences; this was done by exploring existing bacteriocin databases such as BAGEL4, BACTIBASE, Uniprot, NCBI Protein, and also by writing my own Bash scripts to mine antimicrobial databases such as Antismash, where bacteriocin sequences are not so easily available. After the database was built, I performed a pan-genome analysis of P. atrosepticum. I downloaded all publicly available P. atrosepticum genomes, and also added 8 more genomes to our analysis which came from the James Hutton Institute. I then annotated all the genomes using Prokka (which identifies all the coding and non-coding regions in genomes), and performed pan-genome analysis using Roary. Phandango and custom R scripts were then used to obtain visualisations from our data.

To look for bacteriocin sequences in the genomes, I ran a protein alignment tool called Diamond, using our annotated genomes and the bacteriocin database as input. I obtained hits matching our database (one of which was a novel protein matching S-type pyocin bacteriocins – an extremely exciting find for me!), which were further characterised by multiple sequence alignment and phylogenetic analysis. For further work, the promising leads can be expressed, purified, and have their killing activity tested in the lab.

Since the project had a bit of a learning curve, I’ve had the opportunity to participate in weekly bioinformatics lectures organised by Dr Umer Ijaz and Dr Ciara Keating, which greatly helped me with all parts of the project, most importantly with automating my work and understanding the statistical intricacies of the software used.

It was also very exciting to be able to participate in the University of Glasgow’s weekly Blackleg meetings and present my weekly progress! I also had the amazing opportunity to participate in a DeS-Bl meeting with all the other participating institutions, which gave me an insight into the amazing world of collaborative research.

I worked with an amazing collective throughout the studentship, and I learned a great deal about bioinformatics, scripting in Python, Bash and R, working on a computer cluster, and of course about Pba control and bacteriocins. This would have not been possible without the support from the BSPP, so I wholeheartedly thank you for offering me this opportunity. I would also like to thank Dr Joel Milner for his continuous guidance as a project supervisor and as an academic advisor. Last but not least, I would like to thank Dr Ciara Keating and Dr Umer Ijaz for the guidance and kindness shown during my project. 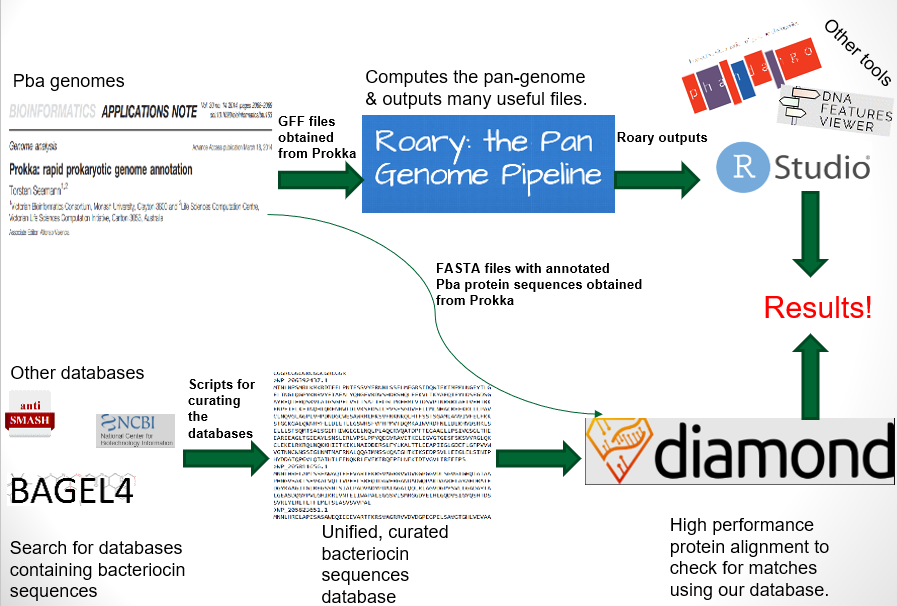 This is a very significant step forward - the first sowing of GE field trials under the new Qualifying Higher Plants (QHP) rules. No fences, no permits. Just science-based regulation to enable innovation. Thanks to @Jochurchill_MP and all at @DefraGovUK for making this happen. https://twitter.com/Rothamsted/status/1529729532026044417