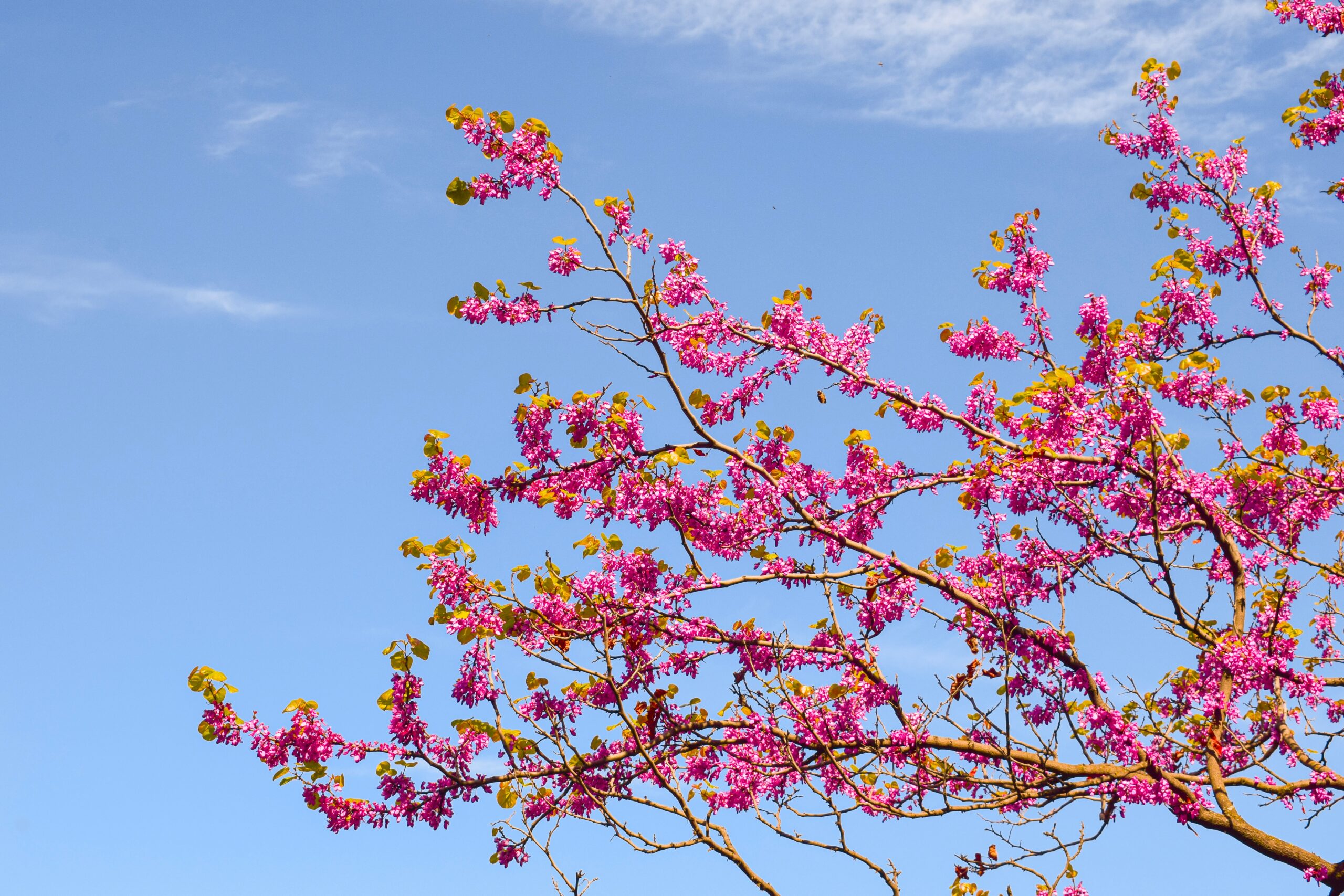 Written by Emily Grace. This is the report from a BSPP Undergraduate Summer Vacation Bursary. Click here to read more/apply for one yourself.

This summer, I completed a ten-week online project with Prof Rob Jackson and Dr Mojgan Rabiey of University of Birmingham looking at the use of bacteriophages in tackling bacterial tree diseases. The emergence of antibiotic and copper resistance genes, and the damaging effects on the environment of pesticide accumulation, has led to a need for such novel biological control to tackle bacterial plant diseases. Phages are of particular interest as they are capable of lysing highly specific bacterial host ranges, ensuring the surrounding microbial community is not harmed by their application.

Research led by Dr Rabiey in 2019 isolated thirteen potentially suitable phages for control of Pseudomonas syringae pathovars syringae (Pss) and morsprunorum (Psm), the causative agents of bacterial canker in cherry trees. The phages’ genomes were characterised, finding that the phages fit into 5 different phages clades. Their ability to treat Pss and Psm infections was also tested, as well as their longevity in storage conditions. In planta assays found that all 13 phages could effectively reduce bacterial populations. However, Pss and Psm developed resistance to some of phages, and only four phages could survive past 27 degrees, suggesting the need to reapply the phages in hot climates.

As phage research is a recently re-emerging field, there is a lack of information on phage gene characterisation and of phage genomes in gene databases compared to that of other microbes. The first part of my online project therefore focused on using the program Artemis to compare the differences in the genomes of the 13 phages isolated. As all the phages were tailed Caudovirales, all had varying amounts of tail-associated proteins, such as tail fibre proteins and head-tail connector proteins. A large variation in the lysis cassettes of the phages was found; being viruses of gram-negative bacteria, most had at least an identified holin, endolysin, or spanin. All five phage clades also had various proteins associated with structure, DNA binding and packaging, and terminators, with similarity in proteins seen within the phage clades but rarely between.

One of the aspects I found most interesting was determining genes potentially horizontally transferred from bacteria. The temperate phages MR13 and MR15 had many such genes, likely due to their lysogenic life cycle. These included putative HAMP domain-containing proteins and chemotaxis proteins, both involved in bacterial movement, and a putative prepilin peptidase, which is found in gram-negative bacterial protein secretions. Two of the lytic phages, MR14 and MR4, also had some interesting putative genes which may have been horizontally transferred from bacteria, including those that produce fungal and plant cell wall degrading proteins.

The second half of my project involved preparing a literature review on the most recent phage studies, particularly those isolated against bacterial tree diseases. Phage research has accelerated massively over the past ten years, with dozens of papers having been published in the past three years alone. In terms of tree disease, only the most economically damaging diseases have been subject to phage research – phages against Pseudomonas syringae pv. actinidae, the cause of bacterial canker of kiwifruit, and Erwinia amylovora, the cause of fire blight, are subject to the most extensive research. I have thoroughly enjoyed collecting and synthesising many innovative phage studies surrounding biocontrol of plant disease; it will be exciting to see more phage treatments being field trialled and brought to market.

The BSPP summer vacation project has been an amazing opportunity that I am hugely thankful for, especially considering the complications of Covid-19. I would like to especially thank Prof Rob Jackson and Dr Mojgan Rabiey for all their amazing help and support. This summer has confirmed my interest in plant pathology, and I hope to go into a research career that will aid its development.