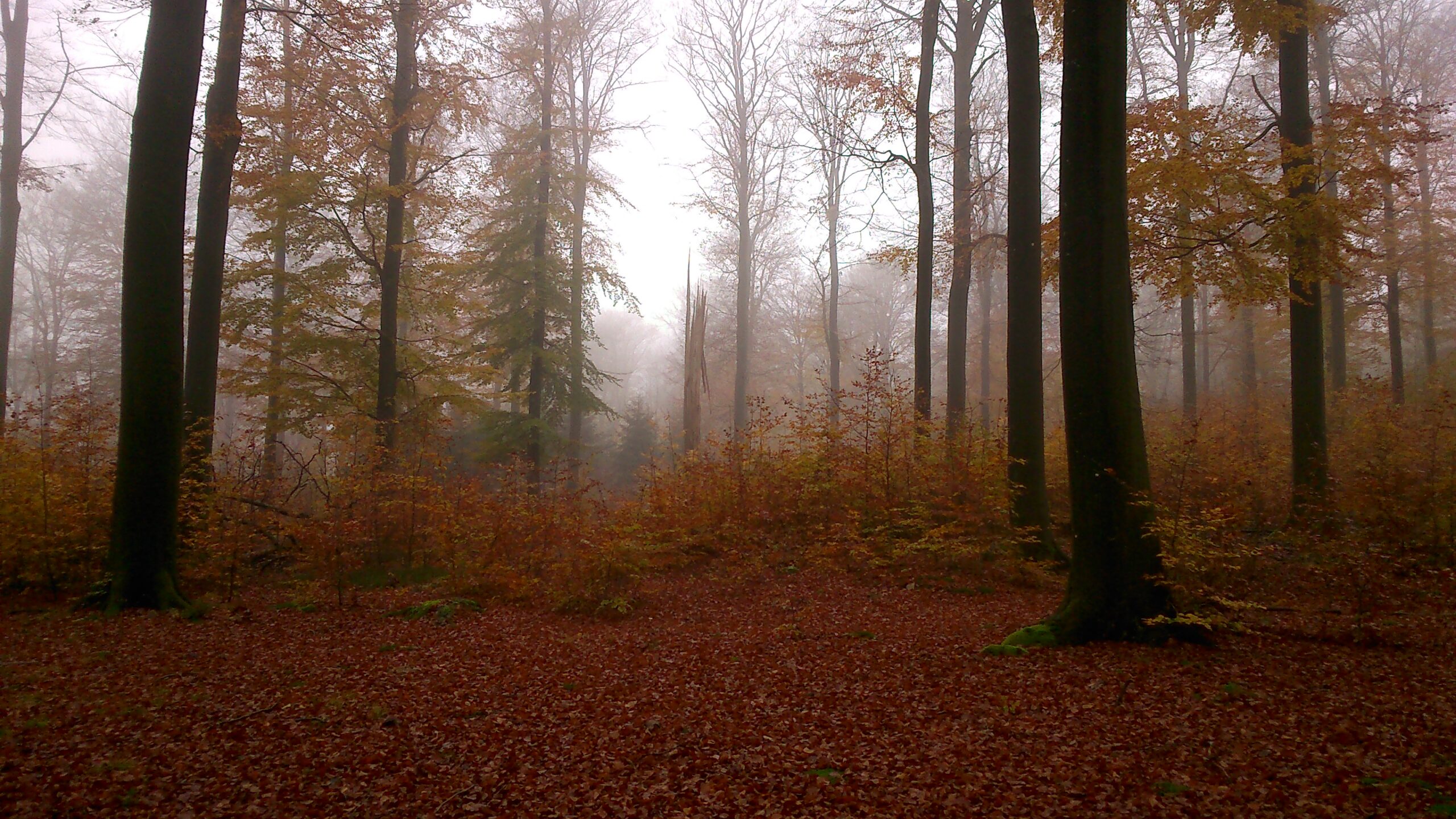 Written by Beatrice Henricot at the Groupement Forestier Bois des Moines, Ardennes of Belgium. This is the report from a BSPP Senior Fellowship. Click here to read more/apply for one yourself. 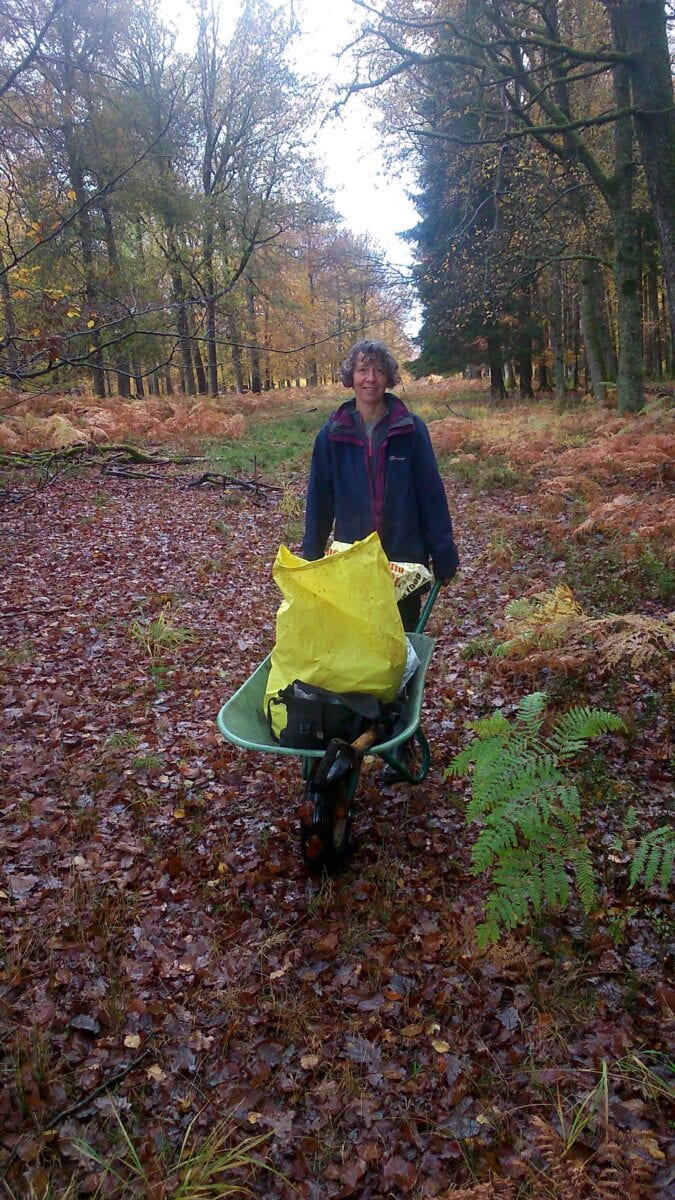 After almost 20 years working on diseases affecting ornamental and forest trees in the UK, I decided it was time to fulfil a personal goal and apply some of my knowledge to research some of the increasing phytosanitary problems that affect forest trees growing in my homeland, Belgium!

Most people travel through Belgium without stopping but the Ardennes, situated in the south and east of Belgium, are one of its relatively unspoilt areas, with large forests of broadleaf and fir trees associated with an interesting flora and fauna.  Belgium like many other countries has been affected by an upsurge of pests and diseases. Currently I am part of a private forestry group located on the St Hubert Plateau in the Central Ardennes and my focus has been on beech (Fagus sylvatica). Beech is one of the three most important tree species growing in the Ardennes (the other two being oak and spruce).

Twenty years ago this species started to decline with symptoms of bleeding cankers, thin crown, dieback and eventually death. At the time the decline was attributed to climatic causes in particular frost damage following mild temperatures in the autumn which led to cambium necrosis, beetle and wood decay damage. Twenty years ago no attempt was made to isolate Phytophthora but in the years 2003-2009, extensive surveys for this pathogen were carried out in beech forests in Central Europe and also in Belgium. More than 10 Phytophthora species especially Phytophthora cambivora, P. plurivora and P. cactorum were found to be associated with the decline. A lot of the affected trees have been removed but since 2008, there has been a further increase in the decline of the beech stands in Belgium. A project led by Anne Chandelier and Felix Teng from the Walloon Agricultural Research Centre (CRA-W) located in Gembloux started in 2018.

The aims of this project was to try to unravel the different factors that are contributing to the decline of beech. My BSPP Senior fellowship supported this project with a special focus on the detection of Phytophthora in beech stands. Twenty beech stands were selected to represent most of the territory of the Ardennes. In each stand 20 trees were selected to assess visually using DEPEFEU scoring. Other parameters such as altitude, circumference, drainage, compaction, slope, soil ph, texture and depth were measured or visually assessed. Root and soil samples were selected from each stand for Phytophthora isolation.

A lot of my time was spent in the field collecting samples and baiting using several baits including apple, rhododendron and beech leaves. I also spent some time scoring the decline of tree using DEPEUFEU parameters. The years 2018 and 2019 were exceptionally dry and for Phytophthora to be active its needs water. Although spring and autumn are known to be the best periods for general Phytophthora detection, most of the soils collected were acidic and this together with a very dry environment, made the isolation of Phytophthora rather challenging. Needless to say that no recovery of Phytophthora was made in the autumn 2019.

To try to alleviate these problems I extracted DNA on a selection of soil and root samples and using conventional PCR and Phytophthora primers I confirmed that very little Phytophthora was present in the soil or roots of these selected beech stands. Although this might appear as good news this ‘no detection’ was in vast contrast to the river baiting done in the same areas in the last two years which led to the isolation of several Phytophthora some like P. plurivora known to be very aggressive on beech. Next spring will therefore be the next period to have another chance to isolate this difficult pathogen and with an already very wet and fairly mild winter, Phytophthora is likely to be more active.

This exceptional drought made me appreciate another issue of a very different kind yet with similar catastrophic consequence. It is bark beetle damage on spruce (Picea abies). Spruce is the main coniferous species grown for its timber in the Ardennes. So to see trees being killed so rapidly over a period of one or two seasons and on a rather large geographical scale (this problem occurred over all Europe and even reached the UK where the pest is under eradication) was quite a new experience for me. The main control measure for this insect is to remove the trees as quickly as possible which has resulted  in many gaps in the forest, a market flooded with timber of low quality and a huge financial loss for many forest owners.

During my time at CRA-W, I also had an opportunity to meet with other colleagues in the field and got to know the various administrations working in forest plant pathology. Belgium has for example a network of observers similar to the UK Observatree which acts an early warning system for tree health, something to think about for me to undertake in the future. It has also a very dynamic Forestry association, The Belgian Royal Society of Forestry which runs a service for the forestry and foresters including organising many training and thematic days, some of whom I was able to participate. Finally I wish to thank Dr Anne Chandelier and Felix Teng for making me feel welcome at CRA-W and the BSPP for their financial support. It was greatly appreciated.