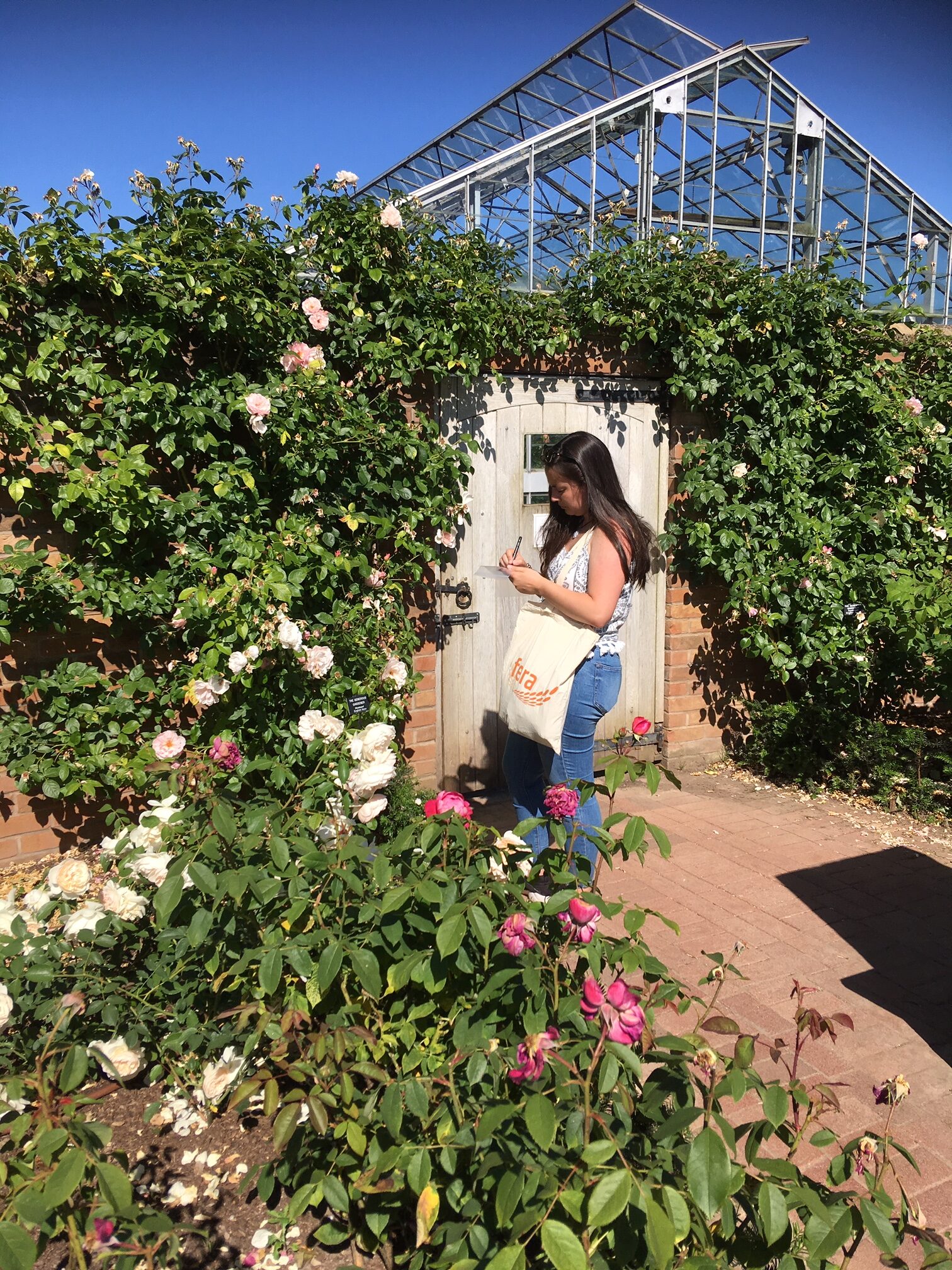 We got in touch to find out more…

It would be really interesting to know what got you into plant pathology?

I always liked plant science during my degree in Spain. After an ERASMUS internship in the UK, I found the Fera IAFRI PhD programme and I knew I wanted to do research in plant health, so I applied for a PhD at Fera Science. I got offered this project in conjunction with Newcastle University, funded by the Royal Horticultural Society (RHS) and Defra, to study rose viruses and diagnostic techniques.

When did you write this review paper and why?

With a bursary from the RHS, I travelled to the United States in the first year of my PhD to see rose plants infected with RRV. I visited Professor Francisco Ochoa‐Corona’s group in the Department of Entomology and Plant Pathology, Oklahoma State University, USA. They showed me RRV-infected plants and the different diagnostic techniques they were using to test for the virus. We also visited a former rose garden where there were no longer roses because of RRV!

I also spoke to Dr Joe Tang at the Plant Health and Environment Laboratory in Auckland, New Zealand to find out how they try to keep RRV out of the country and the diagnostic techniques they were using.

My supervisors recommended writing a Plant Pathology Impact Review for RRV. I know now that a review is a challenging thing to do, but this review covers everything I read and learnt about RRV from the first year of my PhD, and includes the notes I’ve kept throughout.

Thank you so much! It is a team work. I am the first author, but this is a collaborative paper with corrections and comments from the co-authors in the US and New Zealand as well as my supervisors at the RHS, Newcastle University and Fera.

Where is RRV a problem?

We don’t have RRV in the UK as far as we know. RRD was described in the 1940’s in Canada and the US (Wyoming and California) and has been spreading since then. In North America, RRV can be found all across most of the Eastern States. Interestingly, in the past they used RRV as a biocontrol for Rosa multiflora which was growing everywhere and was considered a weed. They didn’t know it would infect so many other rose varieties. It’s been detected in India recently (2017). RRV hasn’t been found in New Zealand yet and they are looking at efficient ways to keep the virus out.

How do you look to control entry of the virus into the UK?

RRV can be asymptomatic on roses for 150 days, so we tested imported asymptomatic tissue in collaboration with Plant Health and Seed Inspectorate at Heathrow airport. We have also looked to raise awareness of the virus amongst the general public and horticultural industries, so they know what to look out for, to have the help of citizens in finding symptoms of the disease. The quicker you detect it, the easier it will be to control.

What are the symptoms of Rose rosette virus?

Symptoms of RRV include witches’ broom, malformations, reddening, excessive thorn production, and eventually plant death. Different symptoms look like RRD but are actually caused by herbicide damage, like witches’ broom or rosetting where you see proliferation of the plant tissue. You need molecular diagnostics to confirm the cause of the disease.

My favourite technique is High Throughput Sequencing (HTS); because it isn’t targeted, you can find lots of information from the results. It needs validation and is still quite expensive so there are pros and cons as for every technique. We can detect other viruses with HTS further than the one(s) we were expecting or tested for by a different technique. There are rose plants infected with 5 different viruses. I’ve read about interactions like helper viruses and synergistic interactions, so there’s a lot to learn.

There is a portable sequencer for use in the field e.g., MinION, where you can test plants with a hand-held device. In the near future, it will be possible to do diagnostics this way.

What other plant viruses are there on roses?

In the UK and from imports, through my studies, I have seen Rose cryptic virus detected in 50% of plants tested but it doesn’t cause symptoms, we’re not sure if it causes long-term problems or if there is any interaction with other viruses. We see Arabis mosaic virus a lot in the UK which causes Rose mosaic symptoms like yellow netting on the leaves as well as Strawberry latent ringspot virus. Yes, this is what you might see on the roses in your garden.

Where do you see yourself in the future?

Research is what I always wanted to do. I want to work in research, in plant health, and continue what I’ve been doing. I like working in industry because of the team structure, and research and development opportunities.

Do you enjoy reading and what advice would you give to a student just starting their PhD? 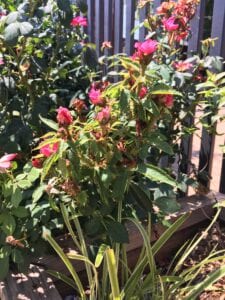 Yes, I really enjoy reading and of course sometimes it’s boring and you want to get into the research and do something but it’s very helpful to keep notes for the future. It’s good to type up protocols as you go. It doesn’t have to be perfect but creating a record for the future will really help for later on.

Ines’ supervisor at Fera, Adrian Fox: “Through her PhD research, Ines has added greatly to the knowledge of rose viruses in the UK through a baselining survey which has led to the first records for the UK of two viruses not previously reported here, and also a novel virus in an intercepted import sample. Added to that, the data gathered in writing her article on rose rosette virus has been incorporated into the UK pest risk assessment of this virus meaning her work is actively being used to protect plant health in the UK and Europe.”

Neil Boonham, at the University of Newcastle: “Ines has been an exceptional student, what has been particularly impressive is the way she has embraced dissemination, not just to the scientific literature as here, but also to Defra and the wider industry, in order to generate impact from her research.”

Gerard Clover, Head of Plant Health at the RHS: “Ines has done a fantastic job to generate the fundamental knowledge needed by government, nurseries and gardeners to ensure the sustainability of this industry. Having the information published in Plant Pathology ensures that it is accessible to all scientists and policymakers.”