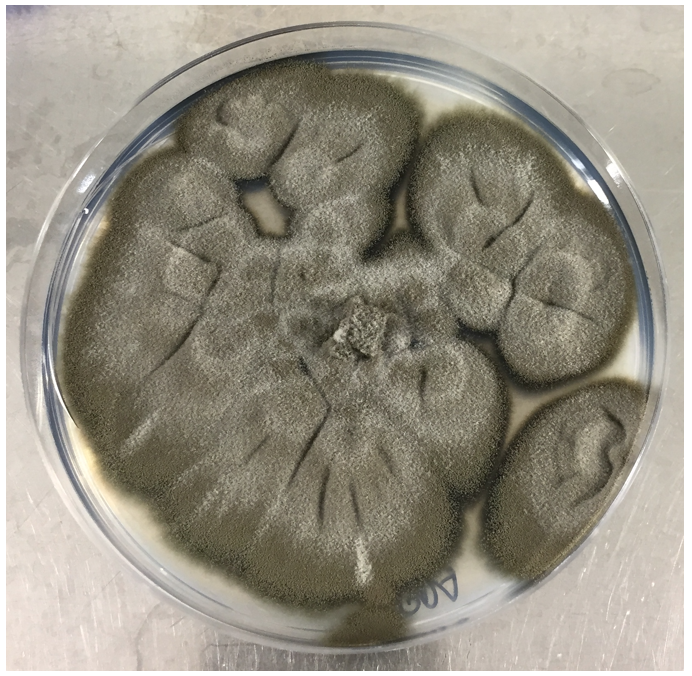 During the academic year of 2020/2021, I had the great opportunity to work for eight months in the research group “Plant Pathology and Microbiology” of the section “Microbial Ecology and Biotechnology” at University of Copenhagen (Denmark) within the framework of my master thesis. The thesis was my final assessment of the master programme in “Agricultural Sciences – Crop Production Systems” that I conducted at University of Hohenheim in Stuttgart (Germany). I was supervised by Professor David B. Collinge and Associate Professor Birgit Jensen (University of Copenhagen), as well as by Professor Ralf T. Vögele (University of Hohenheim). In the following, I will provide an overview on my research project.

My work consisted of two parts, where the first part was the master thesis project itself and the second part was an additional project following up on the results from the master thesis project. Both projects were embedded under the broad topic of “Biological control of the early blight disease caused by the fungus Alternaria solani in tomato”. Early blight (EB) is among the most prevalent and devastating diseases that is limiting the production of tomato worldwide. A common strategy to fight against EB is the use of synthetic fungicides. However, fungicide resistance in pathogen populations, environmental risks and legal constraints increase the need for alternatives, such as biological control.

In my master thesis project, I tested fungal endophytes (FEs), that I had previously isolated from healthy tomato leaves (ecological approach), the fungus Clonostachys rosea IK726, known for its potential to reduce diseases in different crop plants, and PRESTOP®, a commercial biocontrol product, for their ability to reduce the EB disease severity. For this, I conducted several experiments with whole tomato plants grown in a growth chamber. I quantified the disease severity by visually assessing the percentage of leaf area covered with EB symptoms.

Among the tested FEs, Cladosporium cladosporioides strain FE3A applied as spore suspension on tomato leaves prior to the pathogen inoculation was most effective. It was able to highly significantly reduce the disease severity on treated leaves rated seven days after the A. solani inoculation with an average percent decrease in disease severity between 60 and 88% compared to the pathogen control treatment (i.e. no FE application, but inoculation with A. solani).

A foliar application of C. rosea IK726 spores four days before the pathogen inoculation also led to a significantly lower disease severity seven days after the pathogen inoculation, but to a lower extent compared to the treatment with C. cladosporioides FE3A.
A preventative application of PRESTOP® did not significantly affect the disease severity on tomato leaves.

The findings from this project highlight the potential of two fungal microorganisms in reducing the EB disease severity in tomato and of finding new biological control agents (BCAs) against plant diseases using an ecological approach in the screening process.

Besides the effect on the disease severity, it is also important to know the fate of BCAs in the environment after application, both for improving the disease control efficacy and for enhancing the assessment of potential risks for humans and the environment. Therefore, I conducted an additional project that aimed at developing a viability quantitative real-time PCR (v-qPCR) method to separately quantify live and dead spores of C. rosea IK726 spores on tomato leaves.

Most methods commonly used for studying the fate of BCAs in the environment are not capable of distinguishing between live and dead cells, which is however crucial for obtaining a thorough understanding of BCA population dynamics in different ecological niches. I used the DNA binding dye propidium monoazide (PMA) and validated the v-qPCR method for pure C. rosea IK726 spore suspensions as well as for spores applied on tomato leaflets.

Both validation experiments found that the v-qPCR was effective in inhibiting the amplification of DNA from dead spores while no substantial effect on the amplification of DNA from live cells was observed. These results showed the potential of a PMA v-qPCR to monitor live C. rosea IK726 spores on tomato leaves, but further validation experiments are required before the method can be applied to study the population dynamics of C. rosea IK726 on leaves over time. Different options to improve the v-qPCR efficacy have also been identified and could be investigated in future studies.

Finally, I am very thankful for the support received via the BSPP MSc/MRes Bursary, which helped me to finance my stay in Denmark. Moreover, I would like to express my gratitude towards my supervisors for their great support and for allowing me to integrate my own ideas in the project and to work with a diverse range of techniques in the laboratory. I would also like to thank the whole team at the Section of “Microbial Ecology and Biotechnology” at University of Copenhagen, who was very welcoming and always friendly and helpful, making it highly enjoyable to work there.

I consider that the research visit in Professor Collinge’s group was truly valuable for my future career. With the experience gained in microbiological and molecular laboratory work as well as in conducting plant experiments, I now feel well prepared to conduct further projects in the field of plant pathology research. 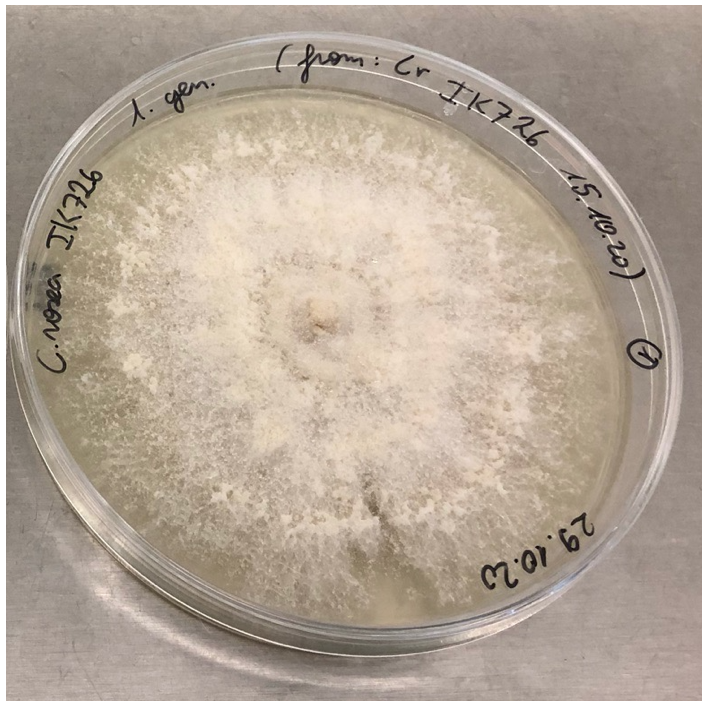