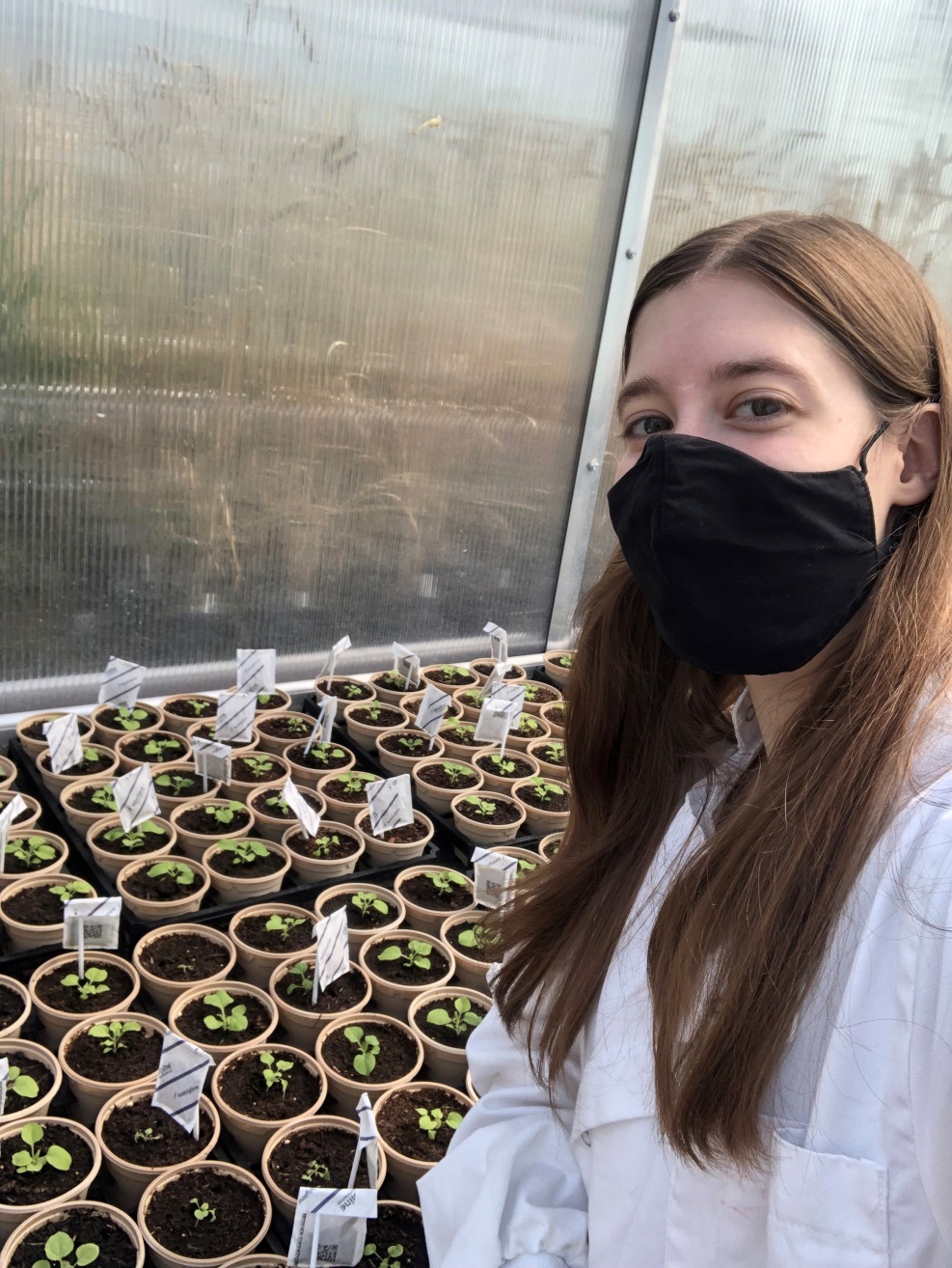 This summer, I completed a 6-week research project with Dr Andy Bailey and Dr Fran Robson at the University of Bristol looking at the use of Nicotiana benthamiana for research on the Cassava Brown Streak Virus (CBSV). CBSV leads to Cassava Brown Streak Disease (CBSD) which is characterised by symptoms of root necrosis, foliar chlorosis, and stunting – often rendering the cassava tuber inedible. Because cassava is the second most consumed staple food crop in Africa, CBSV is a massive threat to food security and economic loss in this continent. Unfortunately the difficulty in the diagnosis of CBSD has meant the virus is hard to contain, with infected material and whiteflies transporting the disease to uncontaminated areas. Understanding and investigating this virus using model host plants is important in assisting with these issues, as it could help us find beneficial control strategies that could be deployed in the field.

During this project the host plant N. benthamiana was used, due to its ability to produce similar symptoms to cassava on infection with CBSV, and we focused on how different growing media can affect its cultivation and the symptoms it displays from CBSV infection. This host plant is often used in plant pathology, and thus it is essential to have a uniform and healthy cultivation to allow for reproducible results and to eliminate any extraneous variables in relation to the results.

This project was started because the government has recently announced decisions to remove peat from the growing media that institutions commonly use for research. Peat extraction for compost contributes to anthropogenic climate change as well as the direct biodiversity losses when peat bogs are destroyed. Peat has been used in composts for many years because of the way it supports reliable and consistent growth for a wide range of plants. There are challenges in simply replacing the peat, because of variability in other alternative growing media, indeed it has often been reported that commercial peat-free growing media are poor for the cultivation of plants. Therefore, the aim of my project was to investigate 12 different reduced-peat and peat-free growing media on the market to see how they affected the growth of N. benthamiana. The aim was to identify a suitable replacement compost to produce quality plant material needed to allow detailed physiological studies on the host-virus interactions to be performed.

Seeds were sown thinly onto trays containing seed compost and germinated in a propagator unit for 14 days. Seedlings of consistent size were individually transplanted into each of the test composts (in 9cm pots), with 15 plants per treatment. The plants were grown in a light and temperature controlled GroDome. Seedling establishment, visible leaf area and plant height were recorded twice per week over the time course of the experiment. The different composts were also assessed for the percentage media particle size, water-holding capacity and for a rating of algae and mould growth (from 1 to 4) on the surface of the growing media. Two independent replicates were performed for this study.

I had intended to measure the photosynthetic performance of the different treatment types using a JUNIOR-PAM modulated chlorophyll fluorometer, however a building closure due to extensive flooding prevented me from being able to complete this.

The first batch of plants were agrobacterium-infiltrated with the infectious clone for CBSV “Tanza” and their symptom progression was tracked over three weeks.

Through this, I discovered which two growing media produced the largest and most uniform host plants, and which two produced the least uniform batches. There was a substantial difference between leaf surface area and seedling establishment between these groups, but also between the amount of peat present in these composts. It can be concluded that there was a correlation between peat percentage and performance of the N. benthamiana – with lower peat levels correlating with weaker/smaller and less uniform host plants. In addition to this, from the inoculations with infectious CBSV clones, I found that N. benthamiana of a consistent size gave consistent symptoms, and those that were variable in size at the start gave even more variation in both the severity and timing of symptoms by the end of the infection time course. Ultimately, the results of my project have implications for research into more reliable peat-free alternatives as currently commercial peat-free composts are not particularly effective for cultivating uniform host plants.

In addition to these experiments, I also helped with processing numerous leaf samples from N. benthamiana infected with various viruses to help support other projects in the lab. These were protein extracts for analysis of viral titre by ELISA, and RNA extractions for qPCR analysis, giving me lots of experience of routine lab-based procedures.

This BSPP summer project has been a fantastic opportunity that I am incredibly grateful for, especially as COVID-19 halted any laboratory time in my previous year at university. It allowed me to experience how a research lab runs, the detail involved in planning experiments to this level, and what a PhD might be like in plant pathology. I have also developed many skills such as patience and problem solving when ultimately a plan fails. This experience has inspired me to undertake a Masters and look more seriously into pursuing a PhD. I would especially like to thank Dr Andy Bailey and Dr Fran Robson for their time, support, and guidance throughout.

Figure above: Lucy busy in the greenhouse with the hundreds of plants she used in the project