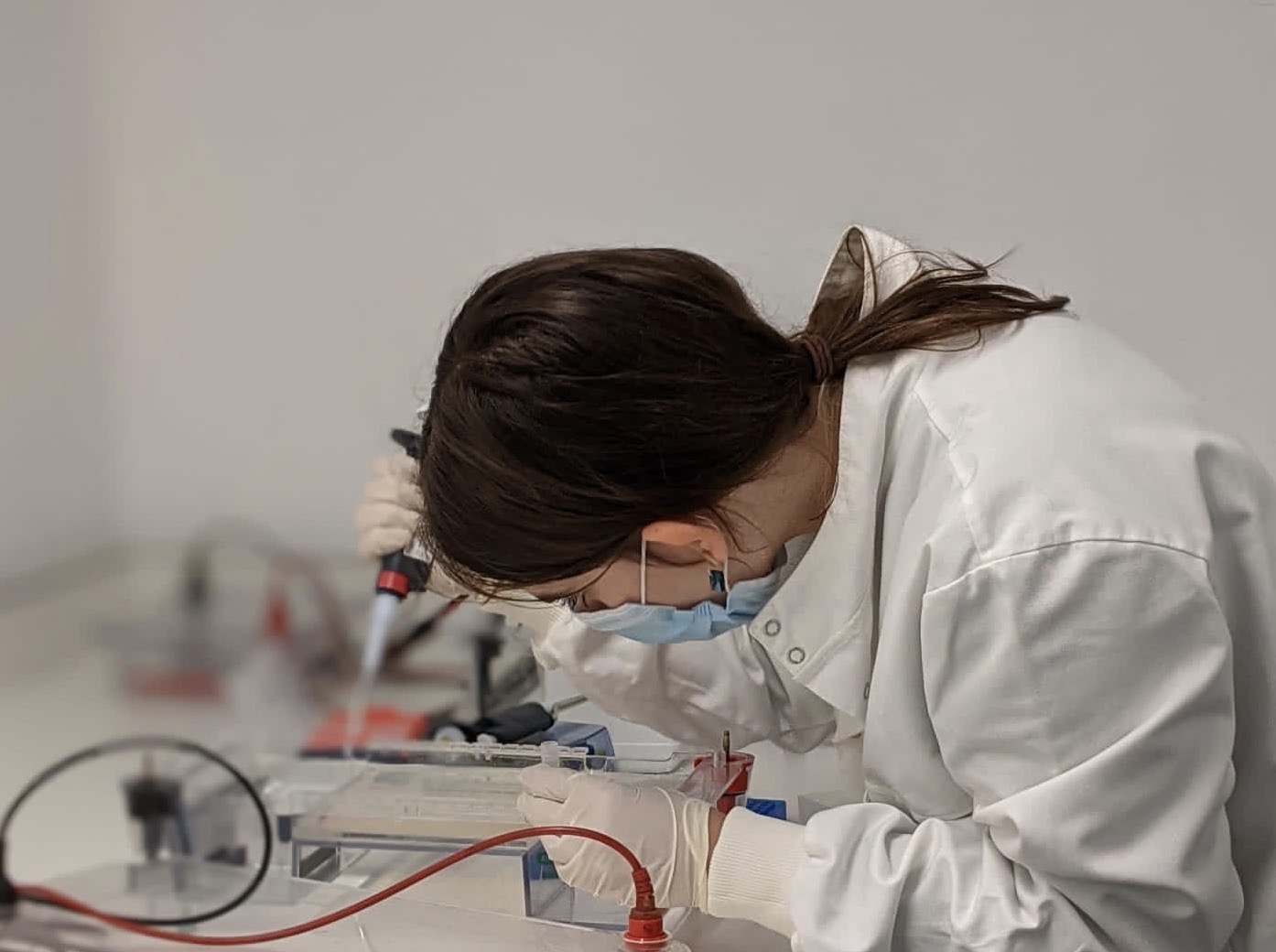 The Royal Horticultural Society’s (RHS) garden Wisley has a 100-year-old history and hosts many important plant collections. Plant parasitic nematodes are known to be important agricultural pests, which could reduce crop yield. Although a lot of research has been conducted on the impact and management of nematodes in agriculture, very little is known about their diversity and dynamics in gardens. There are reports of certain plant and soil-borne nematode genera present in the RHS garden Wisley, but their occurrence has never been investigated.

I worked alongside Dr Magdalena Boshoff and Dr Fryni Drizou to develop different protocols needed to conduct nematology research. The objectives of my project were 1) to identify which nematode genera are present at Wisley, 2) to map their distribution within the garden, 3) to identify which host plants are affected and 4) to introduce and test different protocols and techniques for nematode species extraction and identification.

Firstly, I learned how to identify nematode symptoms on plants and collect samples. Following this, I extracted nematodes from infected leaf, root tissue and soil using the Baerrman funnel technique and its modified tray extraction. I learned how to place nematodes on temporary and permanent slides, and used low and high power taxonomic keys to identify nematodes to a genus and species level. Using these skills, I began to record which nematode genera were present in different host-plants and in which areas of the garden.

Following the morphological identification, I tested different protocols for DNA extraction, followed by PCR, using species-specific primers, and gel electrophoresis. For this, I used three nematode species I found in abundance in the garden and which I had already morphologically identified: Aphelenchoides fragarie, A. ritzemobosi and Meloidogyne hapla.

My results indicate a high diversity of soil-borne and foliar nematodes, associated with a variety of host-plants, which are widely distributed across the RHS Wisley. In my short time at the RHS, I managed to identify eight different soil borne and foliar nematode genera present on over 20 different host plants in more than 10 different locations. There are undoubtable many more nematode genera and host plants to be found across different areas of the garden. The results from the molecular work showed that only one of the protocols is suitable for nematode DNA extraction, whilst the PCR confirmed the previous morphological identification.

Overall, the present project improved our understanding on the presence of plant parasitic nematodes in a garden environment and enabled the development of new molecular protocols for nematode identification at the RHS. My findings and observations have shown that there is great potential for a successful nematology section in the RHS plant health lab.

I have learnt many valuable skills during my BSPP funded studentship, and I feel I am very well prepared for my third year at Warwick University. I would like to thank my two supervisors, Fryni and Lien, as well as the whole plant health team for being supportive, helpful and inspiring throughout my project. I am so grateful to have had this opportunity.

Above: Melissa testing out molecular protocols in the lab