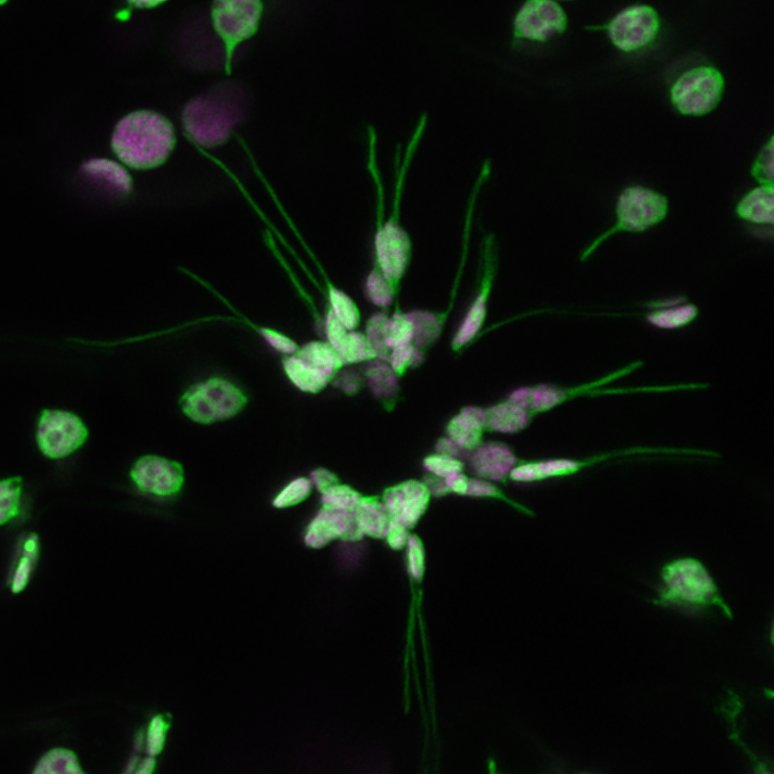 The BSPP Chelsea Photo Call Out had gathered an array of images submitted from members to represent the diversity and complexity of plant pathology research. Here, one of the entrants for the BSPP Chelsea Photo Call Out (Zachary Savage, a PhD student working on the Potato Blight pathogen, Phytophthora infestans, at Imperial College London) describes his image and where it came from.

“The plant immune system is different to those of mammals, like ourselves. In plants, there are no specialised immune cells or anti-bodies. Instead, each cell must be able to defend itself if it comes under attack by a disease-causing microbe (pathogen). The cells of plants and animals alike are made up of different compartments called organelles that carry out different functions, much like how the organs of the body fulfil different roles. In plants, when a pathogen is detected, the cell and its organelles rapidly produce an immune response to repel the invading microbe. Often this involves organelles switching from their normal jobs in favour of an immunity related role. The different organelles also communicate with one another to keep the immune response co-ordinated and effective.

Chloroplasts are the plant organelles that are responsible for photosynthesis, the process that converts carbon dioxide in the air into sugars by using the energy from light. During an immune response these chloroplasts switch from this vital sugar-producing role and instead participate in immunity. They produce a range of chemicals that can kill the pathogen, as well as compounds that the cells of the plant use to communicate with each other, spreading the signal of danger to neighbouring cells.

In the image at the top of this page, the main ‘body’ of the chloroplast is coloured magenta, and extensions from this main body can be seen in green. When the chloroplasts undergo the switch from photosynthesis to defence, they also produce many of the extensions which can be seen here. The exact function of these extensions (also known as stromules) remains unknown, but we suspect they contribute to the plant’s immune response somehow. We are interested in how these extensions are produced, and what they are doing during an immune response.

Also in this image we can see the chloroplasts have surrounded something in the cell, causing a round silhouette. Based on the size and shape we can infer that this is the nucleus of the cell. All plant and animal cells have a nucleus, it contains the cells DNA, the sequence of which makes up many different genes. During the immune response we also know that the chloroplasts move towards the nucleus where signals pass from chloroplast to nucleus and vice versa, allowing them to communicate. This is likely to improve the coordination of the plant’s immune response. 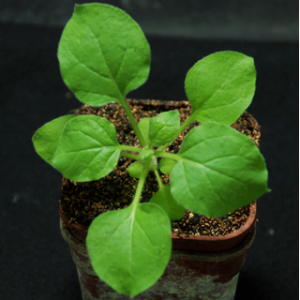 This image was taken using a technique called confocal microscopy. It allows us to take a look inside a cell and see how it is responding to infection, all while it is alive and responding in real time. We are interested in how plant immunity works at this cellular level, and hope that by better understanding this we can improve the immunity to protect our crops from devastating pathogens such as potato blight. The plant imaged here is Nicotiana benthamiana, a relative of tobacco that is a favourable plant to study in the lab. We use so called model organisms for fundamental research and apply the findings to the more agriculturally relevant plants such as tomato and potato.”

While a human virus has locked us down into our local areas and forced the cancellation of this 2020 event, virtual broadcasting has taken centre-stage. Scientists are continuing to work, maintaining greenhouse and laboratory collections, conducting socially isolated experiments or leading research activities from home. The connection between plant health and the research undertaken every day across the world by scientists is still strong.