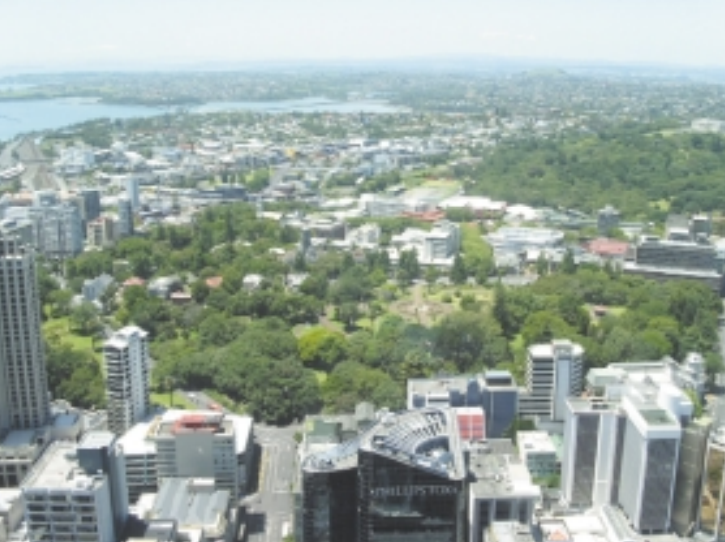 Written by Dr Robert Jackson, Department of Plant Sciences, University of Oxford. This is the report from a BSPP Senior Fellowship. Click here to read more/apply for one yourself.

My research background is primarily molecular genetics and bacteria-plant interactions and I have for some time wanted to broaden my interests into other research fields. One particular area is that of population genetics because of its ability to provide an understanding of the evolutionary history of a population. By studying the variability in current populations we can account for the causes in operation and thereby provide an indication of the likely direction of future evolutionary change. This is clearly important when considering the interaction of non-pathogenic and pathogenic organisms within a population. To better understand the evolution of disease we need to understand the population biology and genetic structure of pathogen and saprophyte (from which pathogens emerge) populations: factors such as the extent of recombination and the distribution of putative “disease causing traits” are of central importance.

The BSPP provided me with fellowship to do a two month project at the University of Auckland, New Zealand in January-February 2004. The fellowship allowed me to travel to New Zealand and to carry out sampling of fluorescent pseudomonads populations from two plant hosts, bean and sugar beet. I was then able to use these populations, in combination with a population of fluorescent pseudomonads isolated in Britain, to analyse the genetic structure of bacteria isolated from the same host plant and from a different host plant and from diverse geographical locations. This was started (and is still underway) by carrying out multi locus sequence typing of the bacteria. Essentially, a number of genetic loci, housekeeping genes that are under neutral selection, are amplified by PCR and BSPP Fellowship Reports Now one of the finest traditions of the EAPR virology section is that all work and no play makes a potato virologist a dull boy. There has always been a heavy emphasis on ‘hospitality’ at these meetings and the French organising committee were determined to make sure they weren’t outdone. In fact it is safe to say I don’t think I have been to so many civil receptions and met so many mayors in my entire life! However, never one to turn down a free glass of champagne or six, it did mean a good time was had by all and it certainly gave our hosts chance to make amends for scoring two goals in injury time! On Wednesday, we had the now obligatory visit to a potato breeding station. The detour to visit Aromanche and see the Mulberry harbours, built by the Allies after the D-Day landings, was very welcome but the 10 hours spent on a coach would not feature highly in my conference memoirs. Friday was a full social day with visits to St. Malo, Mont St. Michel and elsewhere. Unfortunately, due to the vagaries of budget airline timetables, the day was curtailed for us at lunch and we had to wing our way back home So congratulations to Camille Kerlan and his army of helpers for organising such a good meeting and here’s to the next one in sunny Scotland in 2007. And finally I would like to say thank you to the BSPP Travel Fund for their financial support. Rick Mumford sequenced. The DNA sequence is used to determine synonymous and non-synonymous amino acid substitutions that can be used to determine sequence type groups. Inferences can be made about whether there is any evidence of clonal populations of bacteria or whether there is recombination and when combined with ecological niche and location, whether there is ecotypic structure. Added to this, I also analysed the distribution of four gene systems known to contribute to fitness to determine the relative importance of these genes within a population.

Sampling was done from 6 plants each of bean and sugar beet from senescent, established and newly emerged leaves by washes and dilution series, selecting on King’s medium B agar. Fluorescent colonies were picked after 3 days incubation at 28oC and purified to single colonies. Two colonies from each plant and niche were purified and stored. Total DNA from bacterial strains was extracted by Instagene kit (BioRad) and analysed by agar gel electrophoresis. Primers to 14 Pseudomonas housekeeping genes were obtained from Prof. David Guttman (University of Toronto) and Prof. Christopher Dowson (University of Warwick) to test on a sample of 12 strains to determine the best primers to use. After testing, the seven primers chosen were for sigma factor 70 (rpoD), gyrase (gyrB), aconitate hydratase B (acnB), glyceraldehyde-3-phosphate dehydrogenase (gapA), phosphoglucoisomerase (pgi), citrate synthase (gltA), cytochrome c oxidase (coxA). Once conditions were optimised then the PCRs were scaled up to do the entire population. This in itself was a relatively big feat without the benefit of robots! The next stage was to clean up the PCR products and most people do this either with columns (totally unfeasible for 700+ PCR products) or just by precipitation. However, Prof. Guttman and his wife, Pauline Wang, informed me of a method using alkaline phosphatase and exonuclease I which worked a treat. The real crunch came at this point – sequencing. The sequencing dye most commonly used by labs is BigDye, which can be very expensive. To sequence both strands of all PCR products at half-concentration would cost in the region of £5000+, so to reduce cost it was necessary to optimise the reactions using much less. I was fortunate to gain help and advice from Dr Martin Maiden and his colleague Ana Belen IbarzPavon at the Dept of Zoology in Oxford With their help, I was able to use their robotic setup to reduce volumes and use 1/16th BigDye concentration. The first plate has just been run and appears to have worked successfully. The remaining 13 plates are now to be submitted and then it will be a case of compiling all the sequences, repeating failed PCRs and then doing the sequence analysis.

To date the project has been very successful and I am keenly looking forward to doing the exciting analytical work to gain an insight to the population genetic structure. I certainly hope to be able to obtain at least one good quality publication from the work and to maintain my links to the University of Auckland. To anyone who has not had the opportunity to visit, New Zealand is a very beautiful country with extremely friendly people who made my stay very enjoyable. The climate is similar to Britain, but warmer and brighter (the sun is truly fierce, as my thinning hairline soon discovered!) and despite some people’s preconceptions, it is very much a modern country with good facilities. I was lucky enough to see some parts of the country, including Mount Doom and Mordor (Tongariro National Park) and Hobbiton (Matamata). The coastline and Kauri forests on the North Island are spectacular and the sea very warm. Vineyards abound (wine is very cheap: £2-3 for decent quality wine) and fush and chups, as the Aussies say, is fantastic, with all kinds of unusual fish cooked fresh as you wait. So, although it takes about 24 hours of pure flying time to get there, it really isn’t that 19 Tane Mahuta (Lord of the Forest), currently the largest Kauri tree in New Zealand measuring 51m in height with a 13m girth. University of Auckland Symonds Street Campus and Albert Park as seen from the Skytower, the tallest building in the Southern Hemisphere. bad once you’ve done it – especially if you are partial to in-flight red wine and films! I would like to take this opportunity to thank everyone in Auckland, particularly Prof. Paul Rainey and Dr Xue-Xian Zhang for hosting me and for their kind hospitality, to Annabel Gunn for taking care of many of the little things that made my stay in the lab so good and to Katrina and Holly Rainey for great food and swimming lessons! I am extremely grateful to the BSPP for providing me with this wonderful opportunity.

MAIN IMAGE: University of Auckland Symonds Street Campus and Albert Park as seen from the Skytower, the tallest building in the Southern Hemisphere. CREDIT: Robert Jackson