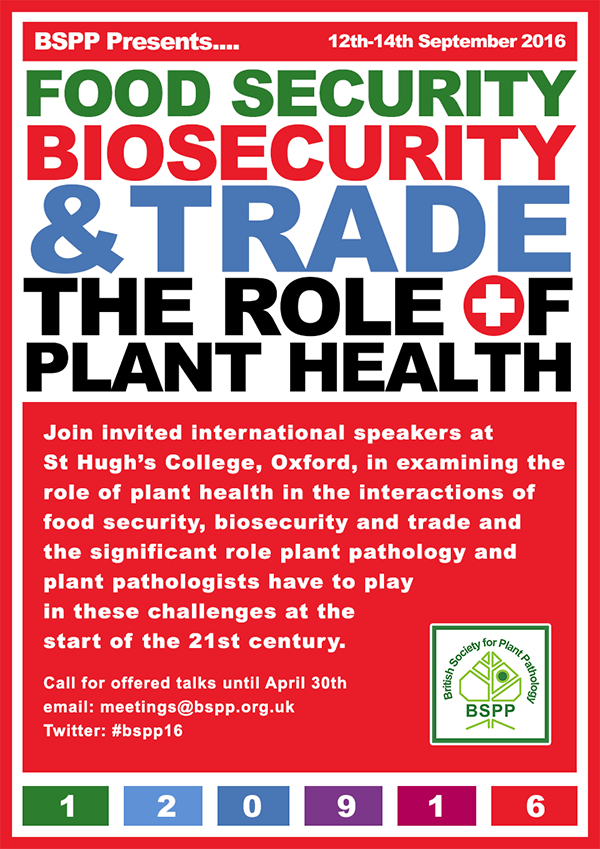 The doubling of cereal and livestock production in the last half of the 20th century should have resulted in a global food supply being adequate for all but currently, nearly a billion people remain hungry every day.

Coupled with rising global population, producing sufficient food remains a major challenge. Crop losses due to plant disease play a significant role in this challenge. Estimates of 30-40% losses from “field to fork” are common. Any future solution to improved global food security must address these losses. One constraint to improving crop health globally is the spread of diseases between countries and between continents. Introduced pathogens can have significant effects on agricultural systems, impacting on food security as well as affecting indigenous biodiversity. Consequently, improved biosecurity planning is needed in many sectors and countries to reduce this risk of introduction as pathogen exclusion is always more cost effective then post-entry management. Trade is one pathway that can facilitate pathogen introduction but is vital to the economy of the country and to the individual; increased yields allow producers to trade their surpluses with a positive impact on their livelihoods.

The presidential meeting in 2016 will examine the role of plant health in the interactions of food security, biosecurity and trade and the significant role plant pathology and plant pathologists have to play in these challenges at the start of the 21st century.

The invitation to submit papers that address these issues is now open. Abstracts should be no more than 250 words and submitted on the abstract form to meetings@bspp.org.uk by the 30th April. The call for entries to the PH Gregory Prize and J Colhoun Poster competition will open later. The selected speakers will be responsible for their own conference registration and expenses.