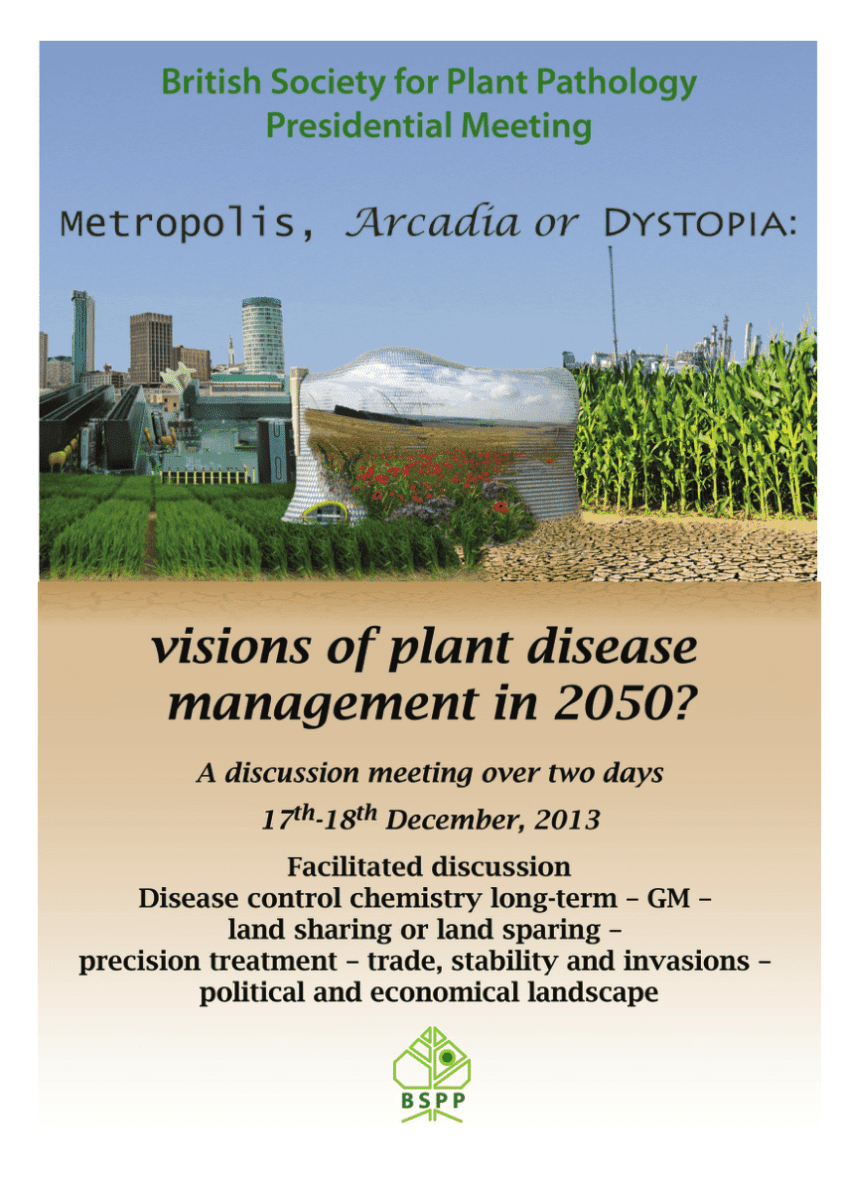 It will be hotter, the weather more varied and the world more populous. Unmanaged vegetation will be unusual and scarce. We don’t know much else for sure. One vision that is credible is the city: an integrated global economy, each area growing the crop best suited to it, with shipping cheap and plant disease in agriculture banished by transferring genes conferring immunity to pathogens as problems arise.

Natural systems simplified by successive invasions continue to provide some ecosystem services, but essentially the world is a managed machine. People live densely in cities, freeing land for other uses. We understand plant immune systems and fungal attack systems perfectly, and we can design molecules to block any single function with precision. Call it Metropolis or utopia. The problem is, will it work and is it stable or at least resilient?

Another vision is the bucolic: loosely connected political units, each containing both natural and agricultural diversity, providing resilience by diversity of outputs and inputs, flexible, regulated trade and with plant disease managed to levels that can be coped with by a range of resistance and feedbacks mimicking those that (maybe) keep natural systems resilient. Most of the management is passive. Call it Arcadia or utopia. The problem is, will it work and is it stable or at least resilient?

And then the dystopia: collapsing soils, repeated invasions of new diseases, benign molecules for pesticides running out, irrational fears and decisions blocking solutions , and at the end, famine and war.

The aim of the conference is to discuss this general area. This will be achieved through scene-setting talks and organised discussion; we intend to have as much networking and discussion as possible. Speakers are asked to focus on the larger context and long-term aims. For early career pathologists it will be a chance to think about the context of the immediate problems which they are paid to focus on, to make new contacts and to show their work and share their ideas. For established pathologists, it will be a chance to discuss directions and ideas in a deliberately broad context. For non-specialists, it will be a chance to hear how the specialists think, and inject ideas from their own perspectives.

The conference will have:

The location is in easy walking distance of the main railway station in central Birmingham and accessible from the majority of the UK without an overnight stay.

We wish to encourage contributions from student and early career plant pathologists through the P.H. Gregory and J. Colhoun Poster Prizes. A special registration rate for post-graduate members of the society is available to encourage the widest possible involvement.