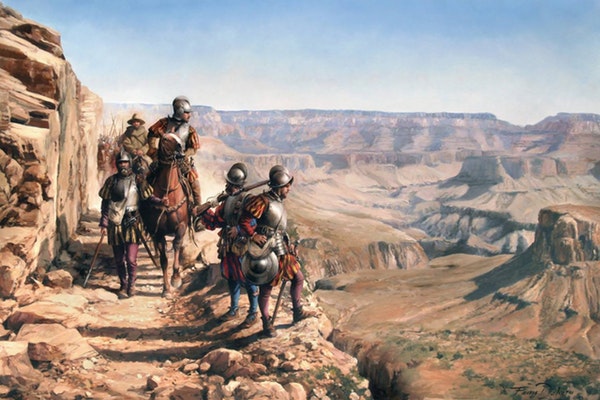 Conquistadors brought disease to the pumpkins and squash of the Americas

Conquistadors brought new human diseases like smallpox and cholera when they invaded North and South America. They also brought infections to local agriculture.

Bacterial wilt is a disease that can infect Curcurbita plants, like pumpkins, squash, and gourds. It also infects plants in the genus Cucumis, things like cucumber and muskmelon. Caused by the bacteria Erwinia tracheiphila, infected plants wilt, turn yellow and brown around the edges, and die off. The disease progresses down the vine until an entire crop could be lost. It is only transmitted from bites of the leaf beetle (the bacteria survives winter by living in the beetles’ guts). Economic losses from bacterial wilt numbers in the millions of dollars.

E. tracheiphila is an unusual bacteria: its range is today limited to the Midwestern and eastern portions of North America, even though susceptible plants are distributed all over the world. When they analyzed the genetic diversity of the Erwinia bacteria, in search of an explanation for this unusually limited range, scientists last year found something unusual.