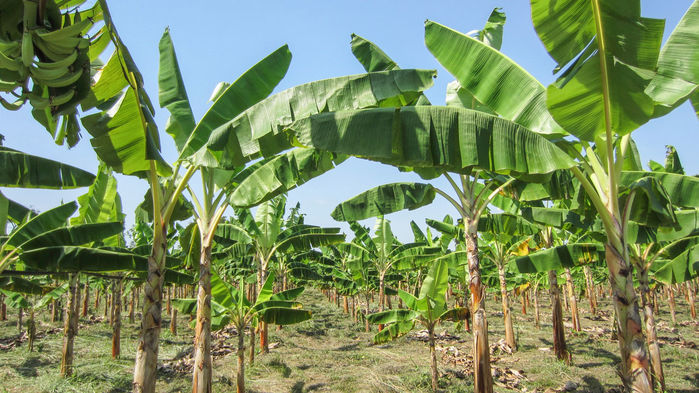 Devastating banana disease may have reached Latin America, could drive up global prices

In a long-feared development, an extremely damaging banana disease has apparently reached Latin America. Late last week, the Colombian Agricultural Institute (ICA) in Bogotá confirmed that four plantations in northern Colombia have been quarantined because of suspected infection with Fusarium wilt tropical race 4 (TR4), a fungus that kills plants by clogging their vascular system. Already widespread in Asia, the disease can wipe out entire plantations.

The finding has yet to be confirmed, but countries in the region are on high alert. Neighboring Ecuador is the largest banana exporter in the world; Colombia, Costa Rica, and Guatemala are big producers as well. A major outbreak of TR4 could ruin many farmers and drive up banana prices globally. “It poses a big threat,” says Rob Reeder, a plant pathologist at CABI, a nonprofit research and outreach center for plant diseases in the developing world, based in Egham, U.K. “This should really start raising alarm bells.” “We should take this extremely seriously,” adds Gert Kema, a plant pathologist at Wageningen University in the Netherlands.

TR4 is a variant of Panama disease, which wiped out banana plantations across Latin America in the mid-20th century. The industry recovered after it replaced the most widely cultivated banana variety at the time, Gros Michel—also known as the Big Mike—with a new one, the Cavendish, that is resistant to Panama disease and now dominates the export industry.