Powdery mildew occurrences are a recurring problem in many sugar beet production areas in Europe and the USA. Infection can cause a reduction in sugar yields by 30 to 35%. Symptoms of the disease are initially small, circular, white hyphal mats on leaves which eventually can result in infection of the whole leaf. The disease is caused by the obligate fungus Erysiphe betae which is particularly suited to the conditions of the Pacific Northwest USA, meaning the disease can progress very rapidly in Idaho. Therefore, growers typically treat either at the first signs of the disease or based on its historical appearance in previous years. Either approach is treating based on past disease events does not account for year to year variation.

Knowledge of when the spores of these pathogens are present can therefore allow for earlier intervention thereby reducing losses and avoiding unnecessary treatments. Recent advances in air sampling for spores and qPCR have enabled detection of spores in the air prior to disease development. This project was therefore developing a qPCR assay for use with detection in plant material and spore samples taken with a Burkard MVI sampler. This would be particularly useful for Idaho where it is thought that the fungus is introduced annually as airborne conidia blown from further west where the pathogen overwinters on autumn planted crops or volunteers.

My initial work focused on developing a DNA extraction method for spore samples that was simple to use, rapid and could cope with a variety of PCR inhibitors potentially present in spore samplers such as dust and pollen. Comparing a range of DNA extraction buffers, we determined that CTAB based buffer with the addition of PVP was most suitable, and we used this in conjunction with a KingFisher ML platform for purification. I also optimised the KingFisher process ensuring it recovered the maximum amount of DNA through a process of trial and error. 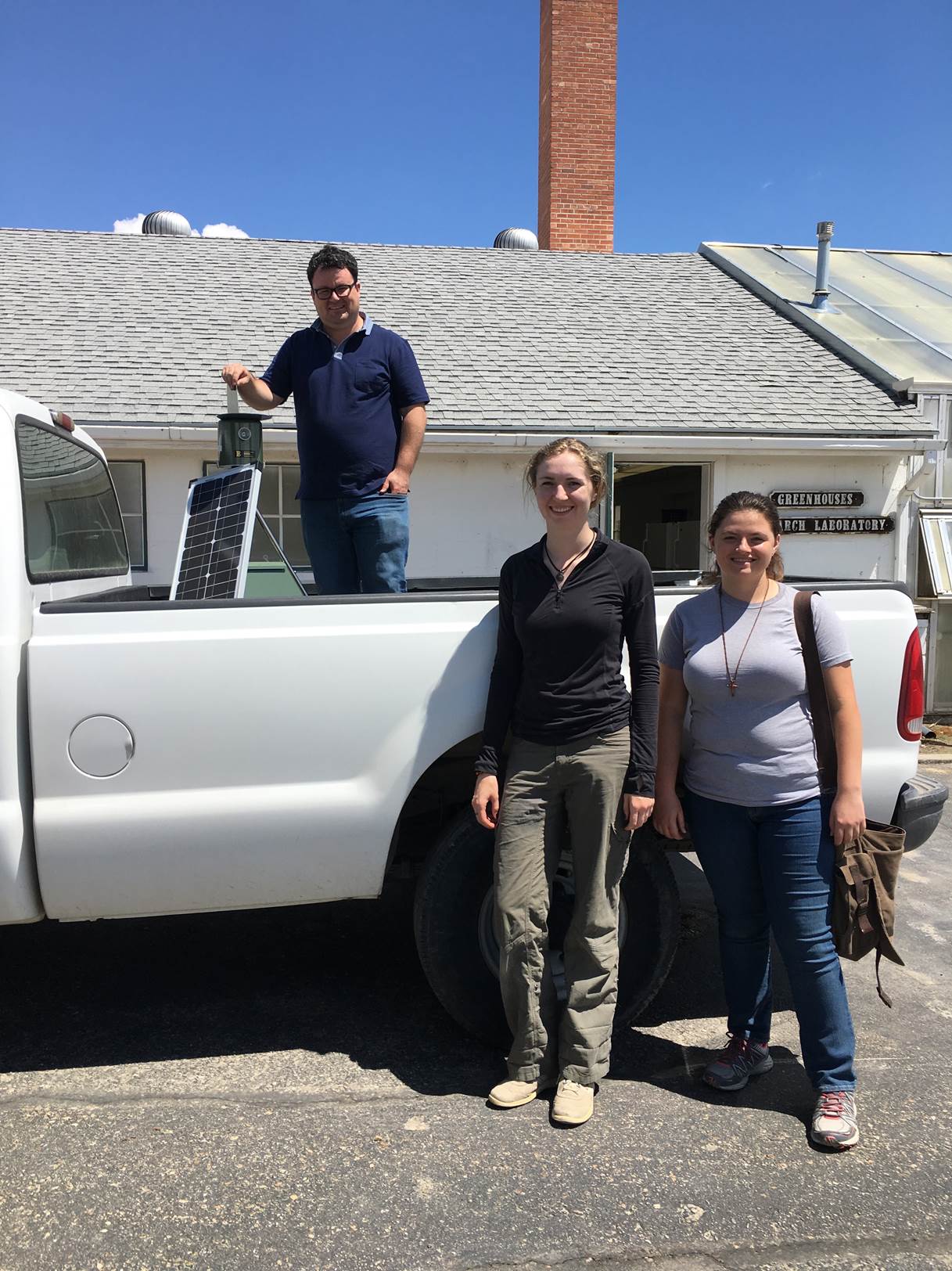 Annika (centre), James (left) and research assistant Miranda Harrington (right) about to go to the field with a spore sampler

Next, we designed and optimised the qPCR assay. We collected samples of powdery mildew species from other crops such as mint, hops and vines, as well as various samples from ornamental species to test the assay for specificity. However, despite the primer sequences appearing unique to Erysiphe betae, we did notice a significant amount of cross reaction with other powdery mildew species. To obtain specificity, we had to run the PCR assay at a much higher annealing temperature than normal to obtain specificity. Fortunately, this did not appear to have a significant effect on assay sensitivity, and we were able to detect Erysiphe betae in both air samples prior to seeing disease in the field and in asymptomatic sugar beet leaves.

Interestingly, at one site where we had a spore sampler adjacent to untreated sugar beet plots, we noticed a definite spike in Erysiphe betae DNA levels a week before powdery mildew was observed in the area and about three weeks before we observed symptoms in the plots adjacent to the spore sampler. Through testing plant material, we detected the fungus in asymptomatic leaves approximately a week before symptoms were visible. This indicates that using spore traps in conjunction with qPCR has the potential to provide an early warning to growers. I would like to thank my colleagues in the lab, Miranda Harrington, Shelia Keith and my supervisor James Woodhall, for their help with the project.