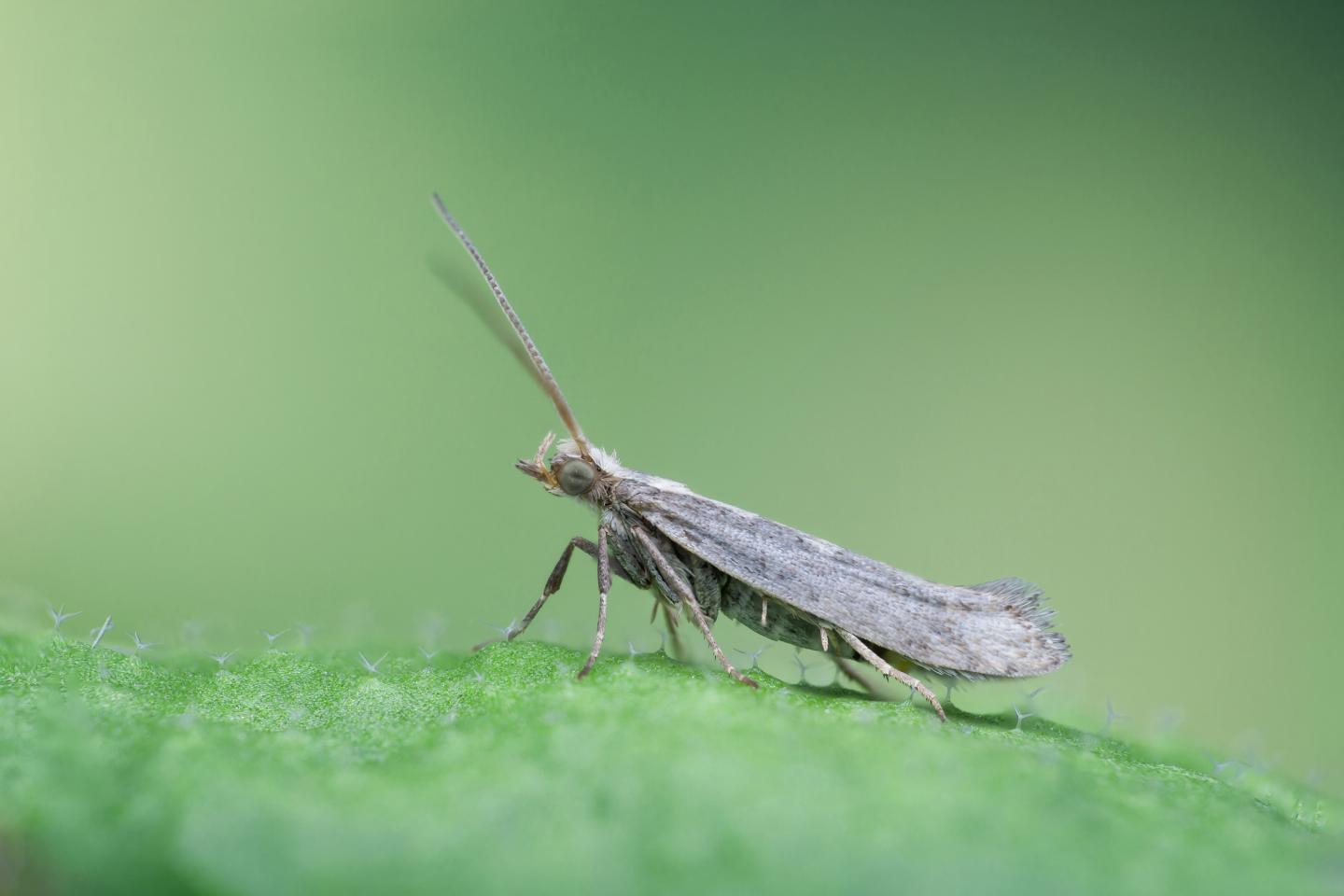 A Chinese-German research team identifies the olfactory receptors of a pest insect that control its preference for cabbage, rapeseed and related species

A research team from the Nanjing Agricultural University in Nanjing, China, and the Max Planck Institute for Chemical Ecology in Jena, Germany, showed that isothiocyanates produced by cruciferous plants to fend off pests serve as oviposition cues. The plant defense substances serve as odor signals for females of the diamondback moth to lay their eggs on these plants. The scientists identified two olfactory receptors whose sole function is to detect these defense substances and to guide the moths to the ideal oviposition sites. They uncovered the molecular mechanism that explains why some insects that specialize in feeding on certain host plants are attracted by substances that are supposed to keep pests away (Current Biology, DOI: 10.1016/j.cub.2020.08.047, September 2020).

From repellent to attractant

Cruciferous plants, such as cabbage, rape, mustard and horseradish, produce glucosinolates. Upon mechanical damage of the plant tissues, e.g. caused by a chewing insect, glucosinolates are hydrolyzed by the endogenous plant enzyme myrosinase. This leads to the formation of a variety of toxic breakdown products, mainly isothiocyanates, to defend themselves against voracious insects. This defense mechanism is very effective against most herbivores. The diamondback moth Plutella xylostella, however, has evolved mechanisms of its own to outwit this defense: It is able to feed successfully on plants of the cabbage family and make use of the plants for its own reproductive purposes.

“We wanted to know whether the moths use isothiocyanates as odor cues to locate their host plants. In fact, behavioral experiments showed that three isothiocyanates are key signals for female moths to locate and lay eggs on cruciferous plants,” says study leader Shuang-Lin Dong from Nanjing Agricultural University.

The main scientific question was, what are the molecular mechanisms on which female Plutella xylostella moths base their choice of the oviposition site? The researchers therefore analyzed, which olfactory receptors were highly expressed in female moths, and studied the function of these receptors in the frog oocytes. “With this method, we were able to investigate which odors an individual receptor was responding to. We showed that two receptors, OR35 and OR49, responded to the three isothiocyanates that we had previously identified as being crucial for oviposition,” says Markus Knaden from the Max Planck Institute in Jena. These two receptors did not respond to any other plant-related odors or to the sex pheromones of the moths. Presumably, OR35 and OR49 evolved to detect precisely those egg-laying signals. “We were surprised that even two receptors are specifically tuned to the isothiocyanates. The two receptors, however, detect the isothiocyanates with different sensitivities. We hypothesize that the more sensitive receptor could make sure that female moths locate plants from a distance, while the other may help to provide a more accurate detection of the isothiocyanate concentration. This will give the female moths more information about the substrate on which they will lay their eggs,” says Shuang-Lin Dong.

The researchers used the CRISPR-Cas9 genetic scissors to knock out the genes encoding the two receptors in moths. This method is used to test the function of a specific gene. For egg-laying assays, they used plants of the thale cress Arabidopsis thaliana, a model plant that belongs to the cruciferous plant family. Some of these plants were unmodified and produced isothiocyanates that were attractive to the moths, whereas the others were mutants that were unable to produce isothiocyanates. When one of the two receptors was inactivated, the moths laid considerably fewer eggs on the isothiocyanates-emitting plants. When both receptors were knocked out, the moths were unable to discriminate between unmodified Arabidopsis plants and the mutant plants.

In the course of evolution, plants have developed various strategies to defend themselves against herbivores. A crucial part of plant-insect interaction is chemical communication. “In most cases, it is useful for a plant to communicate to potential herbivores that its defense system is already activated. However, there will be always someone who misuses the communication for its own benefit, like in our case the diamondback moth, which uses a plant defense signal as an attractant and lays eggs and spreads on this plant,” says Markus Knaden. Finding out how these “cheaters” outwit plant defenses and even use these defenses for their own purposes could help improve the control of global crop pests (such as the diamondback moth): “Our results offer various approaches to control this pest: On the one hand, we could use the identified isothiocyanates or other attractive substances as attractants to trap these pests. On the other hand, we could try to develop chemical agents to interrupt or block the perception of the isothiocyanates and thus interfere with the females’ location of their host plants,” summarizes Shuang-Lin Dong.

Further investigations are planned to study whether other insects that attack cruciferous plants also use special receptors to detect isothiocyanates and to locate the plants for oviposition. The results may provide information on the extent to which the perception of these odors by specialized receptors is also conserved in other species.