Pyrenopeziza brassicae (Pb) is an important pathogen of brassicas in Europe and Oceania, causing the disease light leaf spot (LLS). Outbreaks of a similar disease have been reported in North America since 2014. Recent UK-US collaborative research has shown that a new closely related species, Pyrenopeziza cascadia (Pc), is responsible for the recent disease outbreaks in North America, causing an emerging disease now termed chlorotic leaf spot (CLS). Throughout my 2018 summer studentship I have been investigating differences between Pb/Pc in vitro, comparing mycelial growth rates and conidial germination rates at a range of temperatures on different media. I have also compared their sensitivity to different fungicides.

To assess mycelial growth rates at different temperatures (5-25˚C), plugs of Pb/Pc isolates were incubated for 17 days on two different media, 3% malt extract agar (MEA) and potato dextrose agar (PDA). On the 10th and subsequently 17th day of growth the colony diameters were measured and the radial growth rate per day for each isolate calculated. Next, assays were developed to investigate differences in conidial germination between the species. Conidial suspensions from Pb and Pc isolates were transferred onto segments of either 3% MEA and PDA that had been placed onto sterile glass microscope slides. The slides were then incubated at a range of temperatures (5 -20˚C) for 24 hours, after which germination was terminated with lactophenol blue and percentage conidial germination rates determined. Both data sets indicated differences in temperature responses, with Pc growing faster than Pb at higher temperatures.

Fungicide sensitivity of Pb/Pc was also compared using the fungicides azoxystrobin, tebuconazole and carbendazim. Here, mycelial plugs of isolates of the two species were transferred to 3% MEA plates containing different concentrations of fungicide. Relative growth rates were determined after 17 days. The data show important differences in fungicide sensitivity between the two species. For example, all recently obtained Pc isolates were highly sensitive to the MBC carbendazim, whereas recent Pb isolates were typically resistant.

While at Rothamsted I gained experience in experimental design and developed new skills and techniques including those in microscopy, culturing, DNA extraction, and molecular biology. I have learnt a great deal during my summer studentship and I am now eager to pursue a career in plant pathology, including undertaking a PhD. I have really enjoyed my time at Rothamsted and would like to thank my supervisor Dr Kevin King for his continuous coaching, encouragement and patience. I would also like to thank Prof. Jon West and Gail Canning for their support and time. Additionally, I would like to thank the BSPP for providing me with this incredible opportunity. 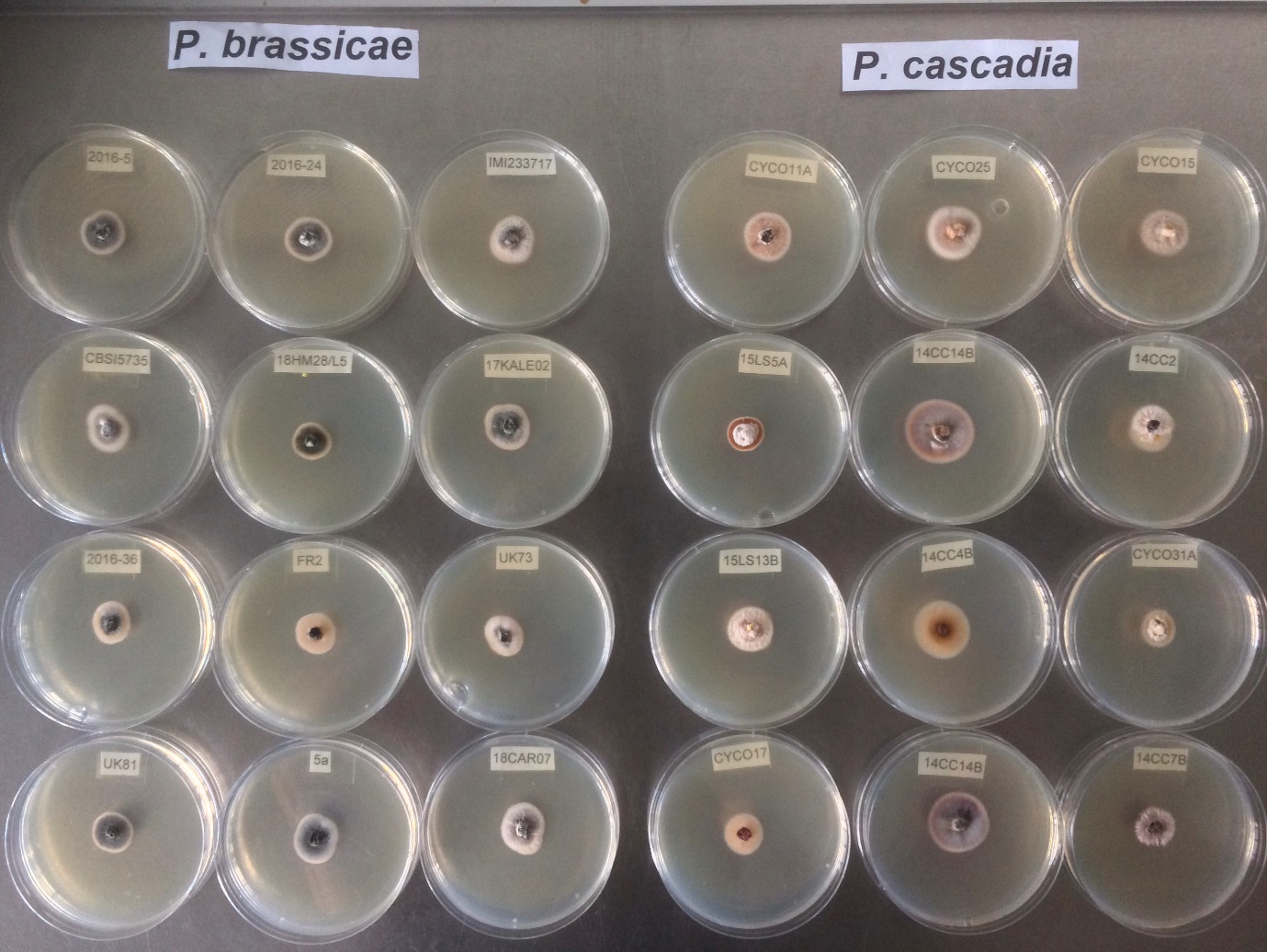