The aim of this summer internship was to characterise the role the plant autophagy cargo receptor Joka2 in plant immunity against the late blight pathogen Phytophthora infestans. This protein is thought to be involved in plant immunity during pathogen invasion via activation of autophagy related plant defenses. Recently, it is discovered to be deployed to the plant-pathogen interface during P. infestans host colonisation. Therefore, investigating the mode of action of this protein during pathogen invasion is of great interest to dissect the molecular mechanism of defense related autophagy in plants.

Joka2 is a modlular protein with several different domains. The N-terminal PB1 domain is a protein-protein interaction motif conserved across eukaryotes which enables homodimerisation of Joka2. The ZZ domain is implicated in binding various molecules including proteins, DNA or RNA, although its exact function remains uncharachterised. The UBA domains are known to mediate cargo sorting by enabling ubiquitin binding. Finally, an AIM (Atg8 Interaction Motif) motif is found between the two UBA domains which mediates the binding to the autophagy adaptor protein ATG8 that decorates autophagosome membranes.

I specifically pursued the following objectives including; (i) dissescting the role of joka2 domains in autophagosome formation and haustorial transport; (ii) determining the efficiency of different joka2 fusion proteins in immunity; (iii) generate point mutants of UBA domains to investigate their role in ATG8 binding.

During my placement, I produced several Joka2 truncates that lack different Joka2 domains. The aim was to investigate the role of Joka2 domains in trafficking of Joka2-autophagosomes to pathogen interface. For this, I generated Joka2ΔPB1 (Joka2-D1) and Joka2ΔPB1-ΔZZ (Joka2-D2) constructs in a pK7WGF2-derived plant transformation vector containing a BFP tag at the carboxy terminus. I then transformed these vector constructs in Agrobacterium to employ functional assays using agroinfiltration of plant leaves. The truncates were co-expressed in planta with GFP-ATG8CL (an ubiquitin-like protein which decorates the inner coat of autophagosomes) under normal conditions using agrobacterium mediated transient expression. Three days post infiltration, confocal alser scanning microscopy was used to monitor fluorescently tagged joka2 constructs. Joka2ΔPB1:BFP showed the highest number of colocalising puncta with GFP-ATG8CL compared to the WT protein or the Joka2ΔPB1-ΔZZ truncate. The same experiments were repeated under infected conditions and similar results were obtained. Interestingly, Joka2ΔPB1:BFP accumulated around the hasutoria to a higher degree than the WT protein, while Joka2ΔPB1-ΔZZ:BFP failed to show punctate distribution around the haustoria (see figure). This suggests an important role of the PB1 domain in limiting the movement of Joka2 and formation of autophagsosomes during infection. Additionally, the role of the ZZ domain can also be important to increase the localisation of Joka2 to the perihaustorial membrane during infection.

To test the impact of different joka2 trucnates in plant imminuty, I set out to optimise the infection assays using different Joka2 contructs (BFP, RFP and HA). These assays showed that the HA taged joka2 performed the best overall in limiting pathogen infection, and the truncates containing the HA tags are chosen for further experiments. However, further repeats would be necessary to confirm this pattern. Additionally, I explored a theory which suggested that the binding of ubiquitinated cargo to the UBA domains of Joka2 caused a conformational change that uncovers the AIM which enables the binding to the ATG8CL protein. To adress this, I successfully produced single or double Joka2 UBA domain mutants (point mutations). However, due to time constrains, I could not manage to test the protein-protein interactions using these mutants.

This work was useful to understand which domains of the protein are essential for deployment of joka2 towards hasutoria and and plant immunity. Additionally, many of the clones produced are being used by other members of the lab to follow up some of my previous experiments. This project has allowed me to gain a real insight into what plant pathology is. I have learnt multiple skills, and numerous molecular techniques including cloning via Gibson Assembly and Gateway technologies, co-immunoprecipitation assays, confocal laser scanning microscopy, and use of several usefull software such as APE1, Amplify4 and ImageJ, I would have not learnt otherwise. I am thankful to the BSPP for giving me this opportunity, to Dr Tolga Bozkurt for his guidance and knowledge, and all the members of Bozkurt’s lab for their patience and aid during the past weeks. 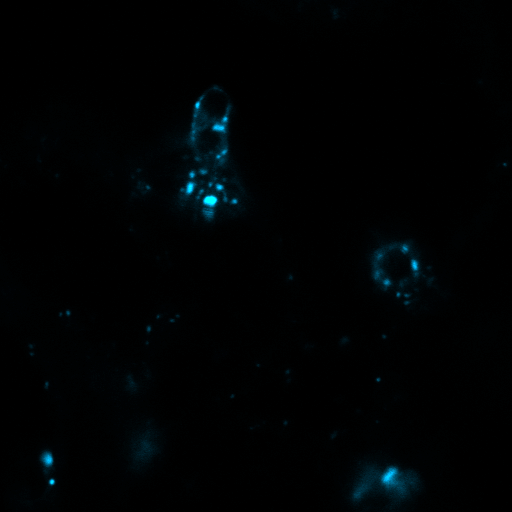