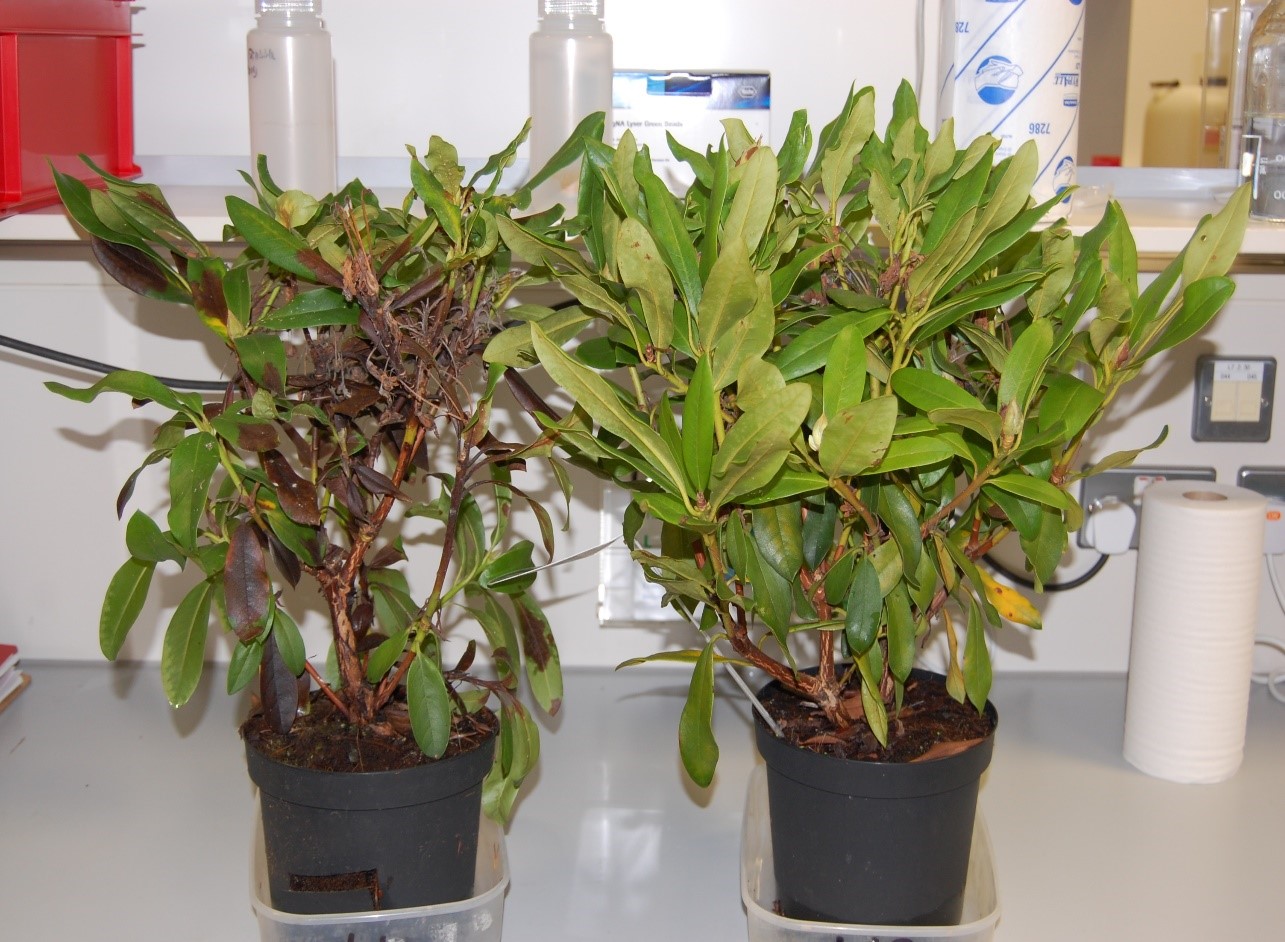 From March this year the academic year as I knew it changed! I had applied for summer work in a bioscience role and was really looking forward to getting stuck into it. It promised to be a balanced combination of lab work and field work. Then the covid-19 lockdown hit! After navigating past the hurdles posed by completing coursework and exams remotely, I was reflecting on how the next few months would work out.

I had previously been in touch with a plant pathologist (Richard O’Hanlon) about a placement position, having attended a guest lecture he gave at Queen’s University (Belfast) on plant pathogens. I was fascinated to hear about the number of different organisms (bacteria, fungi, viruses etc) that were impacting our plant life and the efforts being made by organisations to protect plant biosecurity in our environments.

When Richard became aware of the BSPP lockdown bursary, he thankfully thought of me and emailed to ask if I’d be interested in a project proposal he had in mind. I jumped at the chance and accepted straightaway! His proposed project already interested me, so he did not need to amend it to suit my interests.  The project had 2 parts: one part was a study of a historical dataset on potato viruses (PV); the other would explore how invasive alien species (IAS) and plant health researchers regard each other’s fields of study. Two very different subject areas! The fact that the subjects (and the approaches to tackling them) were so varied was a definite plus for me as I could switch back and forth between the 2 project parts.

In the early days of the project, the Excel potato virus spreadsheet didn’t cooperate due to version incompatibility issues, so I switched over to the IAS part and got lots of experience in running Web of Science (WoS) searches. The ultimate goal was to create a dataset of the terminology used by IAS and plant health researchers to try and promote standardisation of terms used. I became quite adept at refining the WoS searches and found that a wider range of search terms were used than had originally been anticipated. After exporting my IAS dataset into Excel, I was ready to start the text filtering process. Once Richard and I confirmed which data were most relevant, I was able to identify ways to refine the IAS data, and also apply those new Excel skills to the PV data. I created pivot tables and charts to group and sort the data to identify trends in both the PV and IAS data.

Although I had no definitive expectations from the research project, I had hoped to become more proficient in both Excel and WoS. I also believed I would probably enjoy the autonomy of working on a ‘dry’ computer-based project. There were times I was so absorbed in completing a particular task that I forgot to stop working, and had to remind myself it would still be there tomorrow! I also got the opportunity to do some socially-distanced fieldwork on grass trials which was a nice bonus!

I think that the skills I honed during my lockdown project will stand me in good stead for my year-long ‘dry’ research project this year. It is hoped that the initial findings from both my sub-projects will form the basis of two larger projects which I hope to remain involved with, time-permitting – at least to some extent. I really enjoyed my summer work and can see myself returning to plant health research in some capacity in the future – only time will tell!