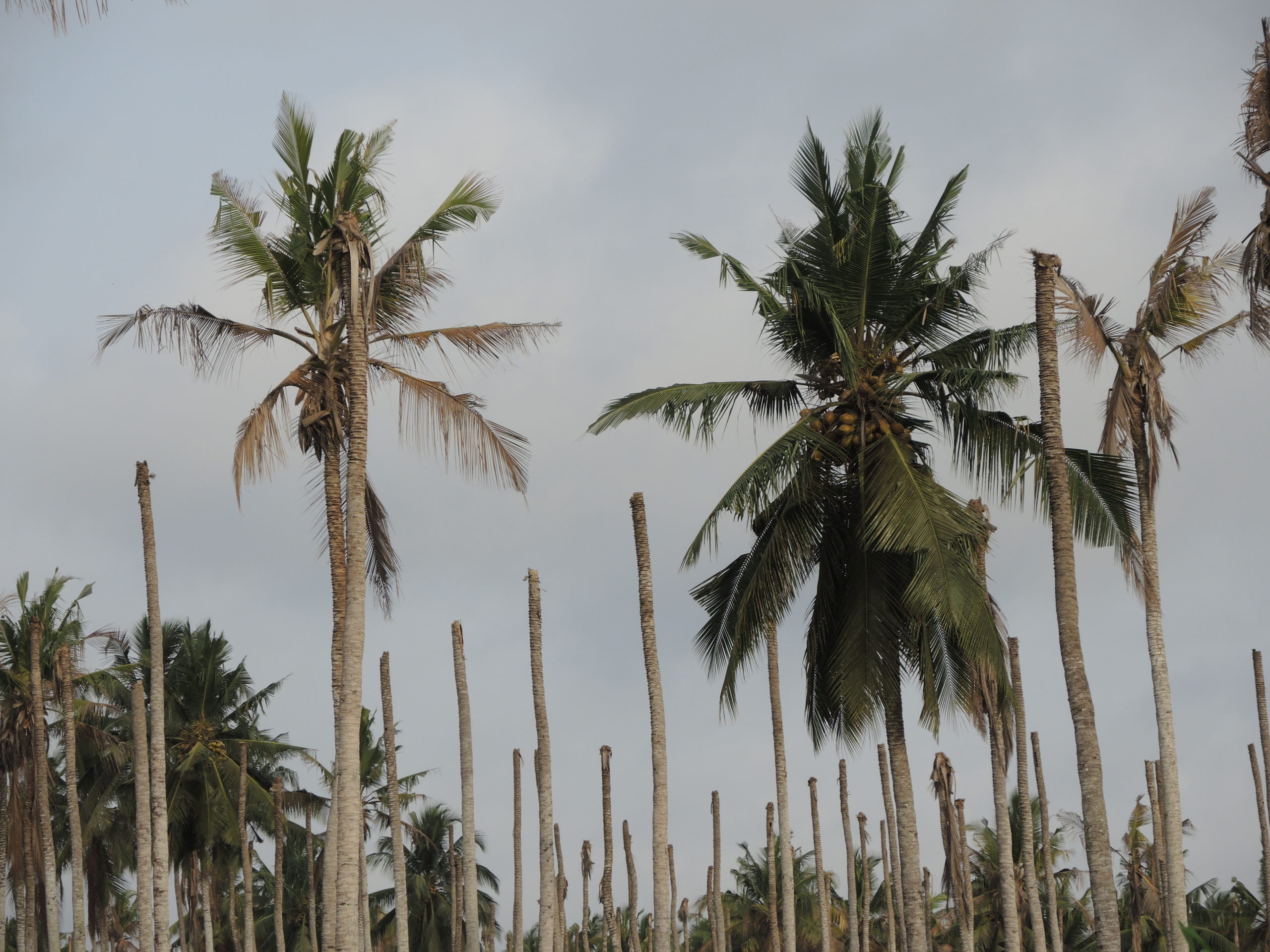 British Science Week managed to squeeze itself in before the enforced closure of schools this week. I volunteered to speak about plant health at Coombe Boys School, close to where I live in New Malden. I wasn’t quite sure what to expect. My first thought was not to speak for too long, keep it simple and have some practical exercises.

The plan was to give two presentations bookending a photo quiz, then have the pupils examine symptoms for themselves. March is not the best time to find plant diseases, but I was pretty confident I could find at least one rust. Prime candidate was Oxford ragwort and the easily seen orange pustules (below). I’ve been monitoring an ash tree near my house with a heavy infestation of woody clusters or galls, the result of mite damage. So I gathered a few and took them along. My lesson plan didn’t work out quite as I hoped, but it wasn’t entirely surprising given that I was once a biology teacher in a secondary school. The most exhausting job I’ve ever done. 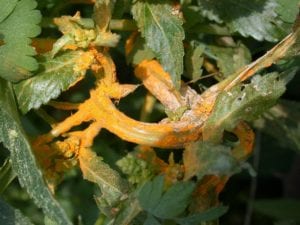 The first thing that takes you aback with a class is the exuberance of pupils. They’re noisy and fidgety, restless for something to happen and not knowing what’s coming next. I started with year 10 (15 year olds) and said who I was and where I’d worked. We established that a pathologist studied diseases and wasn’t someone who cut up dead bodies. Good to get this common misconception out of the way.

It was also good to see the number of pupils who had family ties to agriculture, helped by the fact that the school has a diverse range of nationalities. Afghanistan, Iraq, Sri Lanka, Zimbabwe, Ethiopia, Somalia, Poland, Ghana, Portugal and South Korea were all mentioned. Personal connections to economically important plants helps to highlight the importance of pests and diseases.

General awareness of plant diseases was low, but that didn’t surprise me. Ask a doctor in human health to name a few important plant diseases and many will struggle, in my experience. Striking tree diseases such as Dutch Elm Disease and publicity concerning Ash Dieback have raised general public awareness, but unless you’re an avid gardener the chances of naming a plant disease are small.

The good news is that the national curriculum includes plant diseases and pests. Just. Tobacco Mosaic Virus gets a mention, as does Rose Black Spot, but they’re side-shows compared to the heavy emphasis on human disease. There has been a resurgence of research interest in the impact of plant pests and diseases more recently and I’m hopeful that as stronger evidence of economic losses emerges it will become clearer why plant pathologists are needed more than ever.

Try explaining this to 33 boisterous 15 year-olds. We got to the end of the first presentation, a Thomas Cook’s tour of major problems, starting with lethal yellowing of coconut palms in Cote d’Ivoire. Cue picture of lots of telegraph poles, the result of sweeping death due to phytoplasma (see opening photo). We moved on to stem rust of wheat, Fusarium wilt of banana, late blight and frosty pod of cocoa then greening disease of citrus, Xylella on olives, maize lethal necrosis and cassava brown streak. Fortunately, I had photos readily available and can find the right one reasonably quickly. Investing time in a filing system that works for you is well worth it. 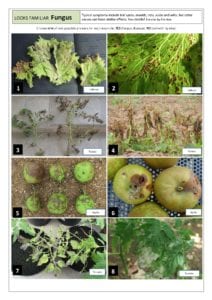 My major disappointment with the presentations was the poor quality of the projected image on the ‘smart’ screen in the classroom. Touch the surface and your presentation jumps back and forward. Eventually I mastered the equipment, but every second spent working out how something works is an opportunity for noise levels to increase. Next, the photo exercise. I adapted one I use on field diagnostics courses, known as Looks Familiar, where you have to look at eight examples of a broad cause of plant ill-health and decide which ones fit. The fungus sheet had frost damage on potato (rapid death of all shoots) next to late blight and coddling moth damage (clearly showing an entry hole) next to apple scab. I’ll annotate with the correct answers and see how to put this exercise on our website, so others can have a go.

I’m not sure how well the photosheet worked, other than giving the pupils a closer opportunity to see fungal diseases and insect damage. It needs more preliminary work to establish typical symptoms before trying to get someone to tell the difference between webbing caused by pine processionary moth and the furry appearance of Botrytis on strawberry. But you’ve got to start somewhere.

Then I ran out of time and only managed to show the second presentation on plant clinics to the year seven class. My rust sample (on Hypericum, from my garden) and ash galls were unused . I left behind four posters of ‘notable plant diseases’ prepared for a recent BSPP presidential meeting and I hope that this will help to highlight why plant diseases are important, what they do and, most importantly, why you might want to study them in the future.