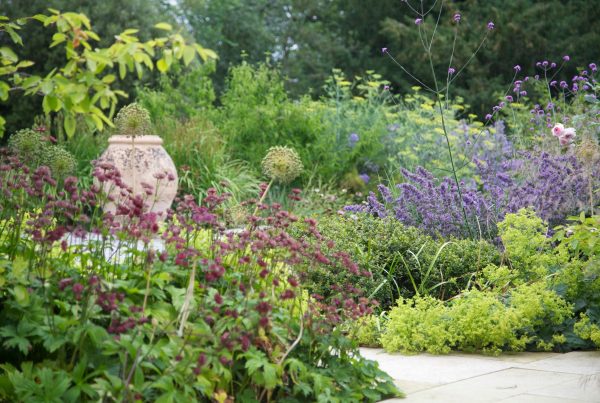 Gardens will look completely different in 20 years time as pests are out of control, Gardeners’ World presenter warns

Our gardens will look completely different in coming years because invasive species and pests are out of control, a Gardeners’ World presenter has said.

Adam Frost, an award-winning gardener, is designing the RHS Plant Health Garden at Chelsea Flower Show, which showcases the issues our plants face from disease.

The garden will be designed in two halves, one side looking at problem plants and the other with resilient herbs and flowers which may populate our green spaces in the future.

Mr Frost said he “got quite upset” when he studied the potential losses to our horticulture because of pests and diseases.

For example, the bacterium Xylellafastidiosa is thought to be at risk of coming to our shores imminently and infects a wide range of plants grown in gardens such as cherry, hebe, lavender, oak and rosemary.

This pernicious disease has devastated the olive groves of Europe and causes leaf scorch, wilt, dieback and plant death.

He said: “I want to capture the 1,000 pests and diseases and show the public how big the problem is out there.

“We will plant new things. The effect on the British countryside will be huge as plants are affected by diseases.”

The BBC presenter told The Telegraph that changes were coming rapidly to our gardens. He said: “Last year, the Gingko was used as a resilient tree.

“Now, this is on the list of plants vulnerable to Xylella Fastidiosa.”

Instead of “choosing plants because they are beautiful”, in the second part of his garden Mr Frost will be selecting plants which the RHS lists as “generally trouble free”

These include the Osmunda regalis, commonly known as the Royal Fern, the red-tinged Mukdenia rossii, Maianthemum racemosum, which is native to North America and resilient to pests, and the umbrella plant or Darmera peltata.

Sue Biggs, the director general of the RHS, said that gardeners are facing more problems than ever before because of diseases and climate change.

She said: “Our growers are impacted by climate change and have to find new ways to grow. Thankfully, our nurseries are amazing in this country.

“They are mostly going peat-free, using biodegradable posts and harvesting rainwater for irrigation.”

Pests have already caused problems at Chelsea; gardeners are not allowed to use oak trees or saplings due to the threat of the Oak Processionary Moth, and also on the banned list is non-native lavender, with anyone showing a garden with the fragrant herb having to source it from England.

This is because of  Xylella fastidiosa, which is established in lavender plants in Europe. Chelsea exhibitors often source their lavender from the continent – as otherwise it may not be in bloom by May if grown in our less sunny climate.

Article published in The Telegraph