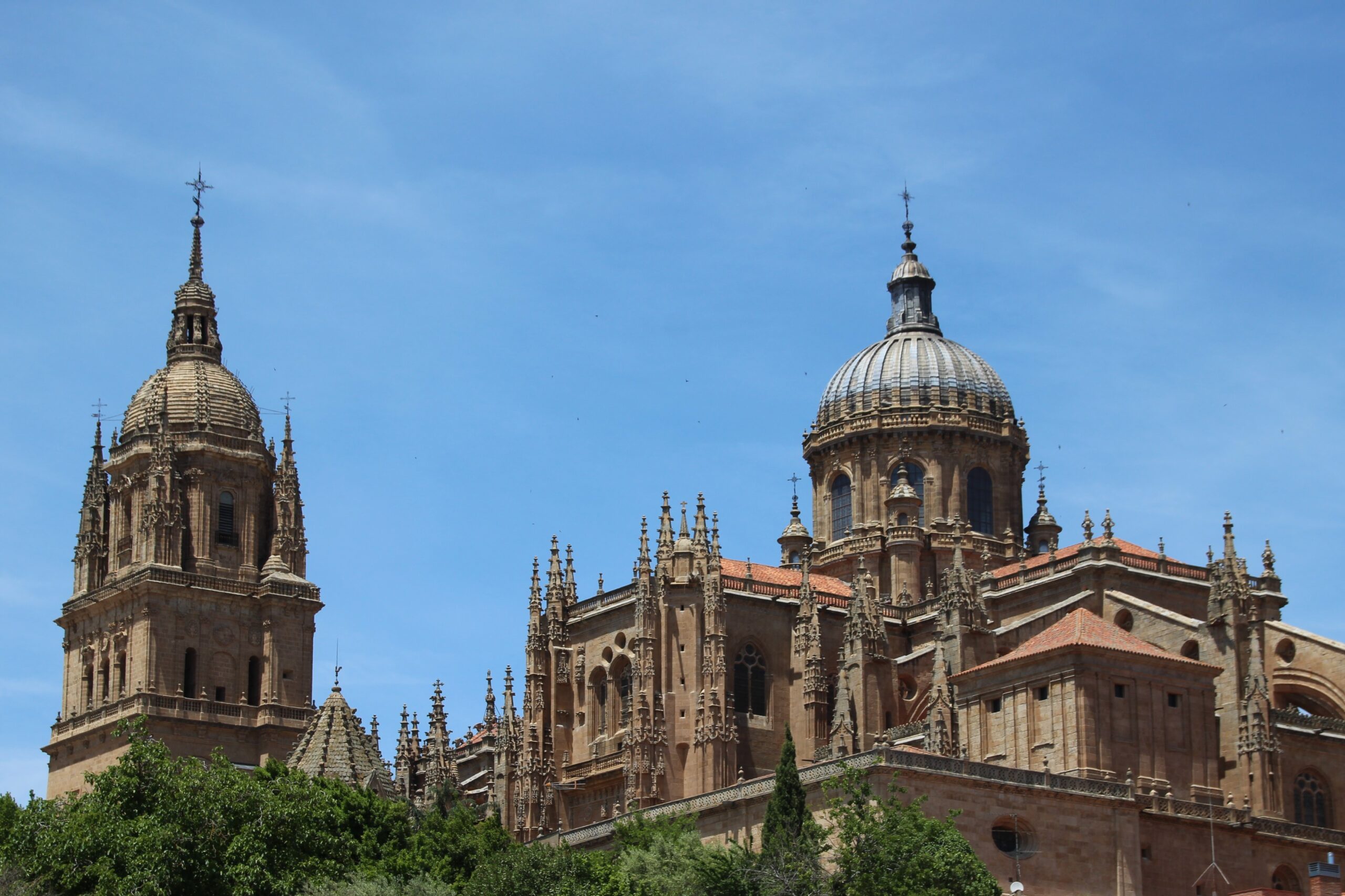 Written by Riccardo Baroncelli from The Fungal Genetics Group at CIALE. This is the report from a BSPP Senior Fellowship. Click here to read more/apply for one yourself.

My BSPP Senior Fellowship award enabled me to visit Prof Michael Thon’s group at the Instituto Hispano-Luso de Investigaciones Agrarias (CIALE) at the University of Salamanca, Spain to work on comparative genomics of Colletotrichum species.

Salamanca is a wonderful city in the community of Castile and León. It is situated approximately 120 miles west of the capital Madrid and 50 miles east of the Portuguese border. The city was declared a UNESCO World Heritage Site in 1988. The University of Salamanca, founded in 1218, is the oldest in Spain and among the ten oldest in Europe. CIALE’s objectives are centered on agricultural research in the fields of biodiversity, breeding, crop production, plant health, water resources and others, which may arise in the future. The Fungal Genetics Group at CIALE, that hosted me during the BSPP fellowship, is comprised of Prof. José María Díaz Mínguez, Prof. Ernesto Pérez Benito, Prof. Michael R. Thon and Dr. Serenella Sukno. Their research programs are focused on molecular studies of important pathogens such as Fusarium oxysporum, Botrytis cinerea and Colletotrichum graminicola.

During my stay in Salamanca I worked closely with Prof. Thon’s group. Their research interests are in the areas of bioinformatics, evolutionary biology and comparative genomics of filamentous fungi focusing on C. graminicola and other members of the genus Colletotrichum.

Colletotrichum includes a number of important plant pathogens infecting both domesticated and wild plant species worldwide. Members belonging to this genus are able to develop different types of interactions with plant hosts including biotrophic, necrotrophic and hemibiotrophic infections. In addition to its economic impact, Colletotrichum acutatum sensu lato (s.l.) is an interesting model for molecular investigations due to the diversity of host-determined specialisation and reproductive lifestyles within the species complex. In the time spent with Prof. Thon’s group I assembled, annotated and analysed the first four genomes of C. acutatum sensu lato (s.l.) representative strains, chosen based on their wide host range and phylogeographic position. The genomes were previously sequenced in collaboration with Prof. Holub at the University of Warwick, Prof. Prasad from the University of Bedfordshire and Dr. Harrison from East Malling Research (EMR). The genome sequences were used for a wider Colletotrichum comparative genomics with the aim of investigating gene family expansions and evolution of candidate effector encoding genes. The four C. acutatum s.l. predicted proteomes along with the data from an additional 6 Colletotrichum spp. and 7 other Sordariomycetes were classified into protein families using a variety of bioinformatics tools and were also clustered into groups of homologous proteins. C. acutatum s.l. encode for the highest number of enzymes involved in the degradation of plant cell wall such as xyloglucan, xylan, pectin and cellulose. C. acutatum s.l. are also characterized by the broadest arsenal of secreted peptidases such as metallo and serine peptidases, both families with known roles in plant pathogenesis. Expansions of gene families encoding for degradative enzymes reflect the evolutionary adaptation of this important pathogens to different hosts and niches and open new opportunities for the identification of novel genes for industrial purposes. Examination of protein domain and family content revealed an expansion in NEPs with C. acutatum s.l. carrying twice the number of the genes compared to other fungi. The expansion of CSEPs appears to be more related to evolutionary history rather than host range. Identified CSEPs specific for species and complexes will facilitate the functional analysis of Colletotrichum pathogenicity determinants and should prove useful tools in the search for plant quantitative disease resistance components active against antrachnose. The genome sequences provide a range of new resources that serve as a useful platform for further research in the field.

The time spent in Salamanca along with the data and results gained has lead Prof. Thon, the lead investigator, and myself as co-PI to successfully apply for a project funded by the Joint Genome Institute, USA, titled, ‘Evolution and adaptation of carbohydrate utilization in the Colletotrichum acutatum species complex’. This project is an international effort, comprising researchers from United Kingdom and other European countries.

During the time spent in Salamanca I’ve always felt welcome. I am especially impressed by the diversity and the quality of the research projects held by Thon’s group and colleagues at CIALE. As a young researcher in plant pathology and fungal genetics that needs a stimulating environment I am sure the University Salamanca and CIALE are one of the best place where to go. Collaborating with Drs Thon and Sukno as lead to the five publications. More papers have been submitted or are in progress. The three month visit was a priceless experience for me. I had the opportunity to gain knowledge regarding bioinformatics and fungal genomics. The fellowship also played a critical role in development of strong collaborative relationship between different universities in the UK, and the University of Salamanca. I would like to thank Prof. Thon, Dr Sukno and Prof. Díaz Mínguez for their own time and for ensuring that my visit was not only technically productive but also a huge personal experience. I would also like to thank the BSPP for providing the funds for such a wonderful experience.