Grace Waterhouse (1906–1996) worked for over 30 years at what is now known as the International Mycological Institute. 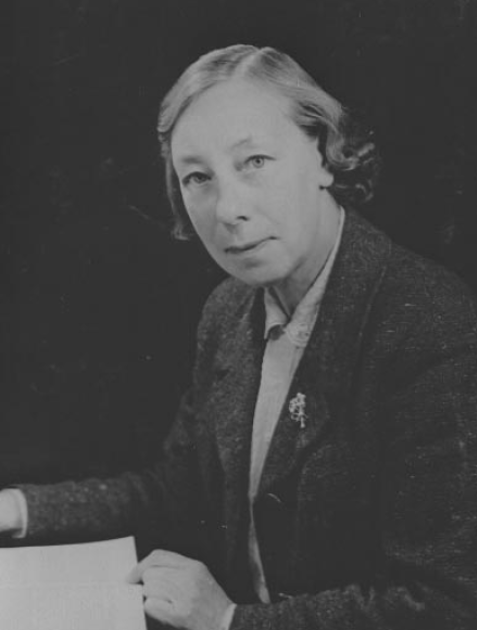 Having been placed in charge of the identification of ‘Phycomycetes’, she collected and maintained one of the largest collections of Phytophthora species, a reference collection of immense value with specimens from worldwide. She realised that the published keys to identification were inadequate. As she stated, “There has been a demand for some time that a bold attempt should be made to formulate a key to the known species. It is only when such a key is available that it is possible for workers to assess more precisely the similarities and differences between closely related taxa.” Meticulous observation led to the development of several influential keys, and a hypothesis of common ancestry since confirmed, decades later, with molecular genetics data.

Grace joined the British Mycological Society (BMS) while still a student in 1927. She was also a member of the Mycological Society of America, having (legendarily) cancelled her membership of the Automobile Association in order to pay the subscription.

By 1961, her achievements were recognised by serving as the President of the BMS. Indeed, her dedication to mycology continued long after her ‘retirement’.

Many mycologists and plant pathologists received the benefit of her experience, with visitors from many countries working with her and studying Phytophthora taxonomy. She is remembered as a seminal individual in Phytophthora taxonomy with respect, admiration and affection.

Through personal contact and correspondence she made many friends, both in the UK and abroad. She welcomed every opportunity for travel and spent several months in South Africa, working in the Botanical Herbarium at Cape Town. The Grace Waterhouse Fellowship is intended to help plant pathologists in the early stages of their careers benefit from forging their own international links.