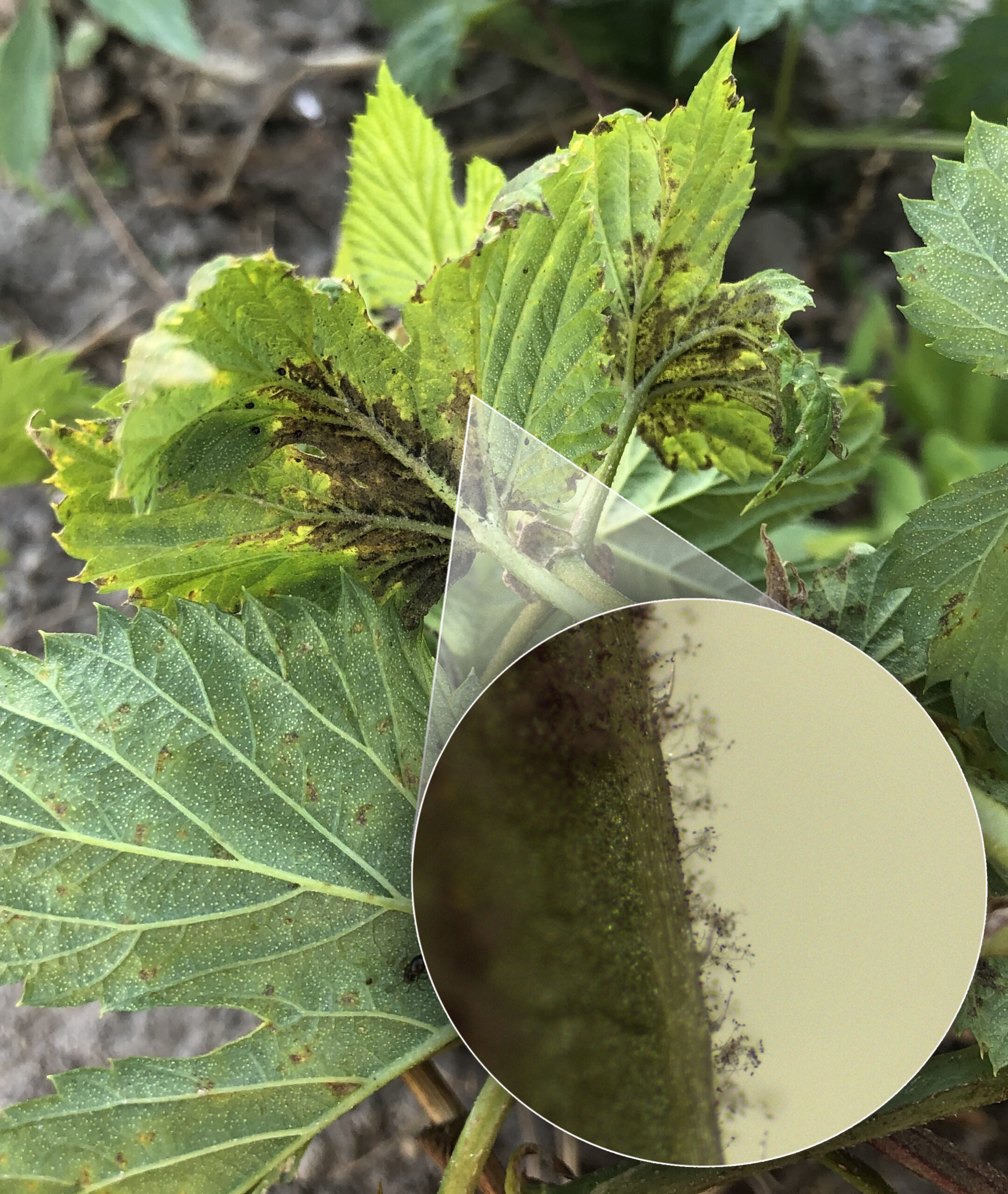 Hop is a familiar plant for all beer-lovers out there. Read this pathogen profile to find out more about Pseudoperonospora humuli, the oomycete that causes downy mildew on hops.

Plant diseases are caused by different classes of microorganisms including bacteria, fungi, viruses, and nematodes. However, many important plant diseases, including the one that causes late blight of potato (of the Irish famine fame) are caused by a lesser-known class of pathogens called the oomycetes. Like fungi, oomycetes are filamentous pathogens, but they have some distinct features that make them very different from the former.

Pseudoperonospora humuli is an oomycete that causes downy mildew on hop, a disease that is a big challenge to hop production worldwide. This pathogen is an obligate oomycete, i.e., it can survive and replicate only on living host tissue. P. humuli is closely related to Pseudoperonospora cubensis, the oomycete that causes downy mildew on cucurbits but P. cubensis cannot infect hop and P. humuli cannot infect cucurbits.

Downy mildew pathogens are very picky in choosing their host. P. humuli prefers mild, warm temperatures and high humidity, but it can survive harsh winters in dormant hop buds and crowns. When conditions become favorable in spring, the pathogen emerges from over-wintered, infected plant tissue in the form of diseased shoots called “spikes”. Spikes are stunted in appearance and have yellowish downward-curled leaves. The infection can spread from the first emerged shoots to the surrounding ones and thus spread through the entire hop yard. This pathogen produces reproductive structures called sporangia that appear as dark, fuzzy, “downy” growth on the underside of the leaves and sometimes on heavily infected cones. These sporangia release zoospores that can move freely in water using their flagella and continue the infection cycle.

Understanding how P. humuli overcomes the immune system of Hop plants is important to protecting this crop. Plant pathogens can produce a specific class of proteins called effectors that can travel from the pathogen cell to the plant cell, disrupt immune responses and thus enable infection. Although the genes that code for effectors are present in the genome of every cell of the pathogen all the time, they are only expressed, and translated into proteins, during infection. The genome of P. humuli also contains many effectors and some important ones are highly expressed during infection on hop. Molecular mechanisms like effectors and their interactions with host proteins can be exploited to discover new and better management strategies to control the disease. The more we know about the pathogen, the easier it becomes to beat it and save those hops!

In a recent pathogen profile entitled “The hop downy mildew pathogen Pseudoperonospora humuli”, we have discussed the basic biology, management practices and interesting genomic and molecular features of this pathogen.