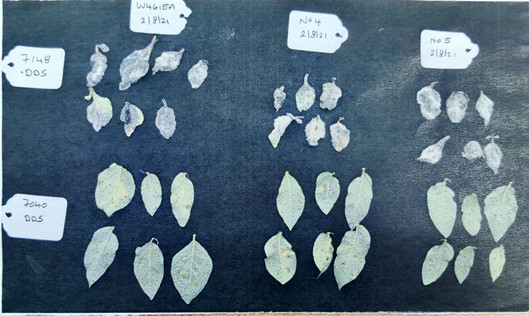 My project was supervised by Dr Ingo Hein at the James Hutton Institute. The research project aimed to identify and characterise resistances against important potato pathogens, with a focus on the phenotyping of novel disease resistance followed by computational analyses using RenSeq-based genotypic data. The major potato pathogens that I worked on included Synchytrium endobioticum (aka Potato Wart disease), Fusarium coeruleum, Fusarium sulphureum and Phytophora infestans. These diseases have detrimental effects on the yield of potatoes (up to 100% yield loss in the case of P. infestans) and lack in effective treatments.

Phenotyping involved the screening of wild potato accession from the CPC collection with diverse P. infestans isolates. This was to identify accessions with high levels of potentially more durable diseases resistances. There was a focus on the computational analyses in my project. I received training on computational aspects of genetic analysis including dRenSeq and AgRenSeq, as well as workflows required for the handling of Illumina and PacBio data. 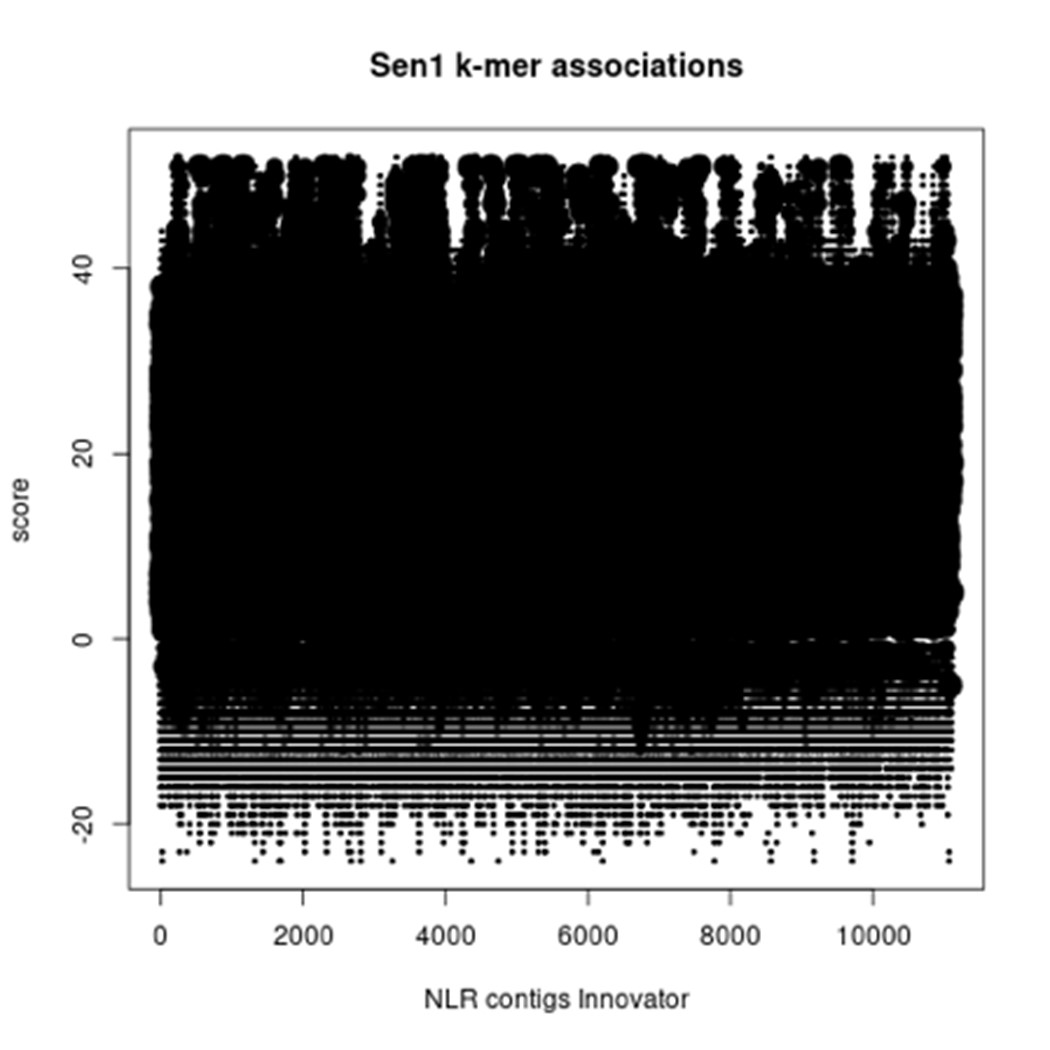 RenSeq is a NB-LRR (Nucleotide Binding-site Leucine Rich Repeat) resistance (R) gene enrichment sequencing method that enables discovery and annotation of pathogen resistance gene family members in plant genome sequences. I used AgRenSeq (Association genetics RenSeq) to establish an association between phenotypic disease data for potato wart disease collected from the AHDB database and genotypic RenSeq data from over 200 potato cultivars. The basis for the AgRenSeq study was the potato cultivar Innovator for which we generated a true representation of the R gene through PacBio RenSeq data that was clustered and assembled. Association between genotypes and phenotypes was then established using K-mers which are short subsequences from Illumna-based RenSeq reads that encompass resistant and susceptible varieties, respectively.

In the AgRenSeq analyses we set a threshold, above which represents a positive correlation to the R gene. The peak height represents the strength of association, and the width represents the number of K-mers associated with the R gene. From our AgRenSeq results, I was able to carry out an NLR parser filter on the candidates in which we were able to identify predefined motifs associated with R genes. We used this to filter for complete NLRs and identified significant associations with TIR-NLRs only which is in line with previous data for potato wart disease, Sen1.

To further study the candidate NLRs identified in the AgRenSeq analysis, I created a phylogenetic tree. From previous literature we identified that the R gene associated with resistance resides on chromosome 11 and is specifically linked to cluster 76 & 77, which was added onto the phylogenetic tree. In addition to this, I performed a BLAST search of the candidates which confirmed this, but also mapped a few candidates that were on a separate clade to chromosome 1, which is where previously identified minor QTLs were found.

To then identify the candidates onto our cultivars and wild species, a dRenSeq analysis was carried out. The results were very promising as we saw a clear association between the presence of our candidates with resistant cultivars only. Further, we were able to identify recombination events and even identify potential wild species donors. Ultimately, this project enabled me to identify a number of potential candidates that were associated with resistance against major potato pathogens.

I would like to give a special thanks to Lynn Hunter-Brown, Micha Bayer, Yuhan Wang, Brian Harrower and Ingo Hein, for providing such an amazing experience this summer and for their support and encouragements. Also a big thanks to the BSPP for funding this amazing opportunity and I look forward to pursuing a PhD within the field of plant pathology.