The RHS garden at Hyde Hall has a significant problem with Phytophthora spp. infections and several positive samples have been found across the garden. The garden is home to the national Viburnum collection, a host of P. ramorum. My project aimed to determine how extensive Phytophthora infection is within the garden, which species are present and to compare three detection methods. I worked for 8 weeks with the Plant Health team at the RHS Wisley, Surrey, supervised by Dr Fryni Drizou and Dr Liz Beal.

I collected 63 soil samples from plant beds distributed across the RHS Garden Hyde Hall, near to different woody plants, including Viburnum spp. and Alnus spp. I also collected samples from the water reservoir of the garden, as Phytophthora produce motile zoospores which can survive and travel in water. The reservoir covers all the irrigation needs of the garden, so potentially could be causing the spread of the pathogen across the garden.

I used and compared three methods of Phytophthora detection on 13 soil samples: 1) baiting bioassays using Rhododendron leaf discs, 2) baiting bioassays using apples, and 3) fungal DNA extraction, using FastDNA SPIN Kit for soil (MP Biomedicals). The first two methods use plant tissue as a bait to attract zoospores, which cause infection. Leaf disks were also used to bait zoospores from the reservoir water samples. The infected baits were plated onto selective agar and then onto carrot agar to obtain cultures. Mycelium from these cultures was floated on filtered pond water for morphological identification, targeting the characteristic lemon-shaped, thick-walled sporangia of Phytophthora spp. These cultures were also used for the molecular identification of Phytophthora species, by extracting DNA from fungal hyphae. The third method enabled direct fungal DNA extraction from soil. DNA extracted from media plates and soil was amplified by nested PCR and followed by gel electrophoresis. The DNA was recovered with gel purification and sent for Sanger sequencing.

Morphological identification of sporangia showed that Phytophthora spp. is present in the reservoir water and in two areas of the woodland area of the site. Direct DNA extraction from soil detected Phytophthora infestans in only one area of the garden, as many samples failed to be sequenced, due to a problem with the specificity of the primers used. Oomcyetes of the genus Pythium dominated the results.

I would like to thank the BSPP for providing the funding for this project, my supervisors and the Plant Health Team at RHS Wisley for their help and support. I will use the knowledge and practical experience gained from this experience to help me in my future two years at university and beyond. 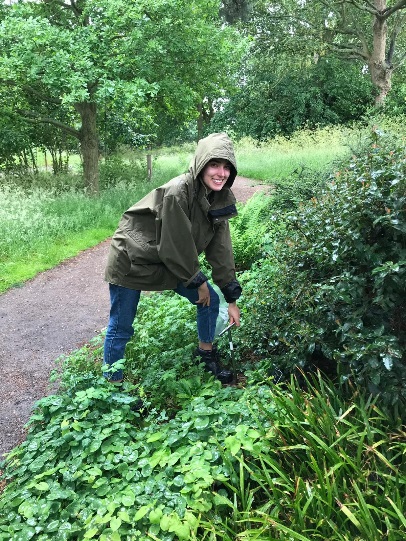 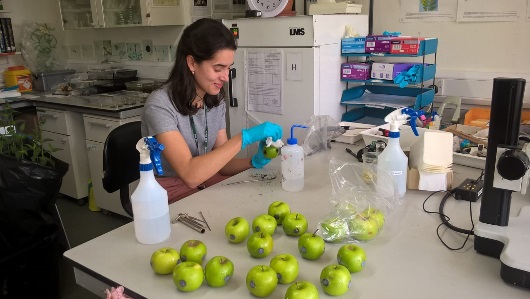