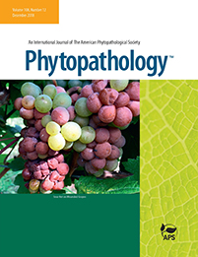 Orange-fleshed sweet potatoes are an important source of Vitamin A and a staple crop for Uganda, which is why researchers analyzed a sweet potato system in Northern Uganda for its resilience to potential introduction of a pathogen. This research evaluated the important sellers and villages in the Gulu region, analyzing their potential role for spreading disease and distributing improved varieties of seed. The research team included scientists at University of Florida and Gulu University, as part of the CGIAR Research Program on Roots, Tubers and Bananas and with support from the Bill and Melinda Gates Foundation.

The researchers used this data for “War Room” style simulation analyses that highlighted the potential paths that a pathogen could take in advance of its spread. This analysis identified the villages that were best for surveillance and the best for management, in order to effectively slow pathogen spread. Their results showed that villages key for surveillance and for management were not necessarily the same.

“This is an important practical finding, as when a new pathogen is introduced into a region there is often a tradeoff between resources allocated to surveillance to detect new occurrences of the disease and to management to slow the epidemic,” said Kelsey Andersen, the lead author of the study. “The findings of our study suggest that selecting locations should be done strategically to maximize the ability to stop or slow an epidemic,” said Karen Garrett, the senior author of the study.

The methods developed in this research can be applied to other plant diseases. For example, some of this research team are now applying the methods to cassava mosaic disease that is currently threatening cassava production in Southeast Asia. Similar modeling approaches can also be applied to the management of animal or human epidemics, such as the ongoing Ebola epidemic in Sub-Saharan Africa.

Emerging pathogens have the potential to spread rapidly and, because of this, methods like the one developed in this research are necessary to strategically and quickly deploy management strategies and detect the occurrence of new diseases.