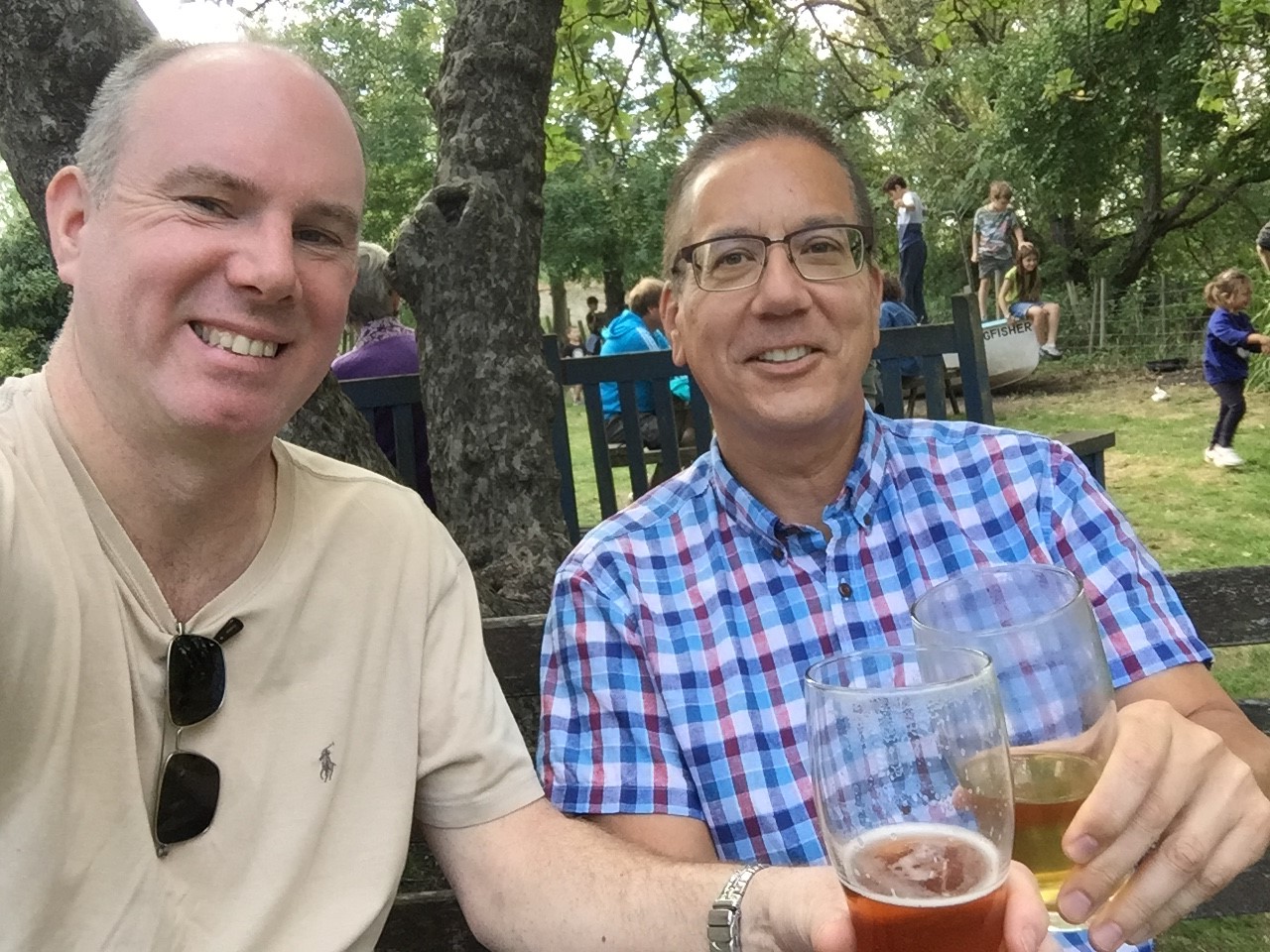 Discovery, evaluation, and optimization of bacteriophage for management of fire blight of apple and bacterial canker of sweet cherry (A BSPP Incoming Fellowship)

Written by George Sundin and Rob Jackson at the University of Reading. This is the report from a BSPP Incoming Fellowship. Click here to read more/apply for one yourself.

We applied to the BSPP to obtain funding for an Incoming Fellowship to support a visit by George to the University of Reading to work with Rob and his colleagues.

My research at Michigan State University (MSU) focuses on bacterial diseases of fruit trees and ranges from host-pathogen interactions studies to applied studies of pathogen biology and disease management. Two diseases I focus on are fire blight of apple, caused by Erwinia amylovora, and bacterial canker of cherry, predominantly caused by Pseudomonas syringae pv. syringae (PSS) in Michigan. My laboratory has been interested in utilising bacteriophage as biological control agents targeting these diseases, but we didn’t have the expertise in working with phage to perform both lab and field experiments. To remedy this issue, I took a sabbatical leave from MSU in the laboratory of Dr Robert Jackson at the University of Reading. In Rob’s lab, I worked closely with his postdoctoral Dr Mojgan Rabiey, who was leading a project directed towards isolating and identifying phage that could be used as biocontrol agents targeting PSS and the related pathogen P. syringae pv. morsprunorum (PSM).

As part of this work, we sampled cherry and other stone fruit orchards in southeast England and generated a collection of > 40 phage isolates. These phage were characterised for host range against a collection of PSS and PSM strains from England. We found that no single phage was capable of lysing all of the PSS strains tested, and only a few of the phage could lyse some strains of both PSS and PSM. To further the mystery, some phage isolates could also lyse P. syringae pv. tomato DC3000. The diversity in P. syringae will clearly be problematic for phage deployment for biocontrol compared to the relatively homogeneous E. amylovora species. We characterised other aspects of the biology of the phage isolates, such as activity at lower temperatures (5 to 10 ºC) where activity is required for field control of bacterial canker, and we also began examining the ability of phage preparations to reduce epiphytic PSS populations on bean leaves in growth chamber studies. We used transmission electron microscopy and other techniques such as DNA fingerprinting along with the host range data to identify distinct phage isolates. The next phase of the work will be to sequence approximately 20 isolates. One reason for requiring genome information is that we would not perform field experiments with any phage that encoded toxin or other virulence genes that could pose a risk to human health if transferred to human pathogens.

This 6-month sabbatical was an incredible experience for me. First off, thanks to Rob and Mojgan, I was able to learn the critical techniques for working with phage that I am now teaching to two of my graduate students who will be working on enhancing the efficacy of existing phage preparations for fire blight management and on isolating and developing phage preparations we can use for bacterial canker management in Michigan. I’ve also been able to establish an excellent collaboration with Rob on this phage work, and I expect that the complementary skills of our labs will help us make significant advances in understanding phage:P. syringae interactions at a molecular level as well as developing an efficacious biocontrol. Thirdly, it was a very interesting and enjoyable experience to live in a different country, and one that I got to share with my family at different points in the summer and fall as well. I would definitely recommend a sabbatical leave for anyone who is pondering this idea, the ability to eliminate committee duties alone is fabulous.

My lab has previously had one PhD student and three BSPP-funded summer students work on phage, but it is an area that I wished to expand, especially given two grants from AHDB and the EU involving analysis of phage that target the cherry canker P. syringae pathogens. Thus, this new initiative from BSPP was a timely opportunity for me to host George, who has a strong background in field work, microbiology and extension science. Thus, myself and colleagues benefited greatly from his hands-on contributions and to learning about different areas of plant pathology. Notably, George has now obtained funding in the US to carry out his own phage research and thus this fellowship project has created the foundations for us to continue collaborating together, exchanging research tools and being able to publish joint papers. It was also an interesting cultural experience. He got to visit Wembley to see his favourite team, Spurs, play Man City. The match was the day after an NFL match played at Wembley, between the Philadelphia Eagles vs the Jacksonville Jaguars, which had clearly damaged the pitch. Although his team (The Eagles) were the winners, his other team, Spurs, were unfortunate losers – but that just meant George was able to join in the classic British post-match debate of where it all went wrong, what could have been, and if only that guy had opened his eyes before he missed the sitter! Thankfully, phage isolations and characterisation were much simpler 😉

We thank the BSPP for this award.