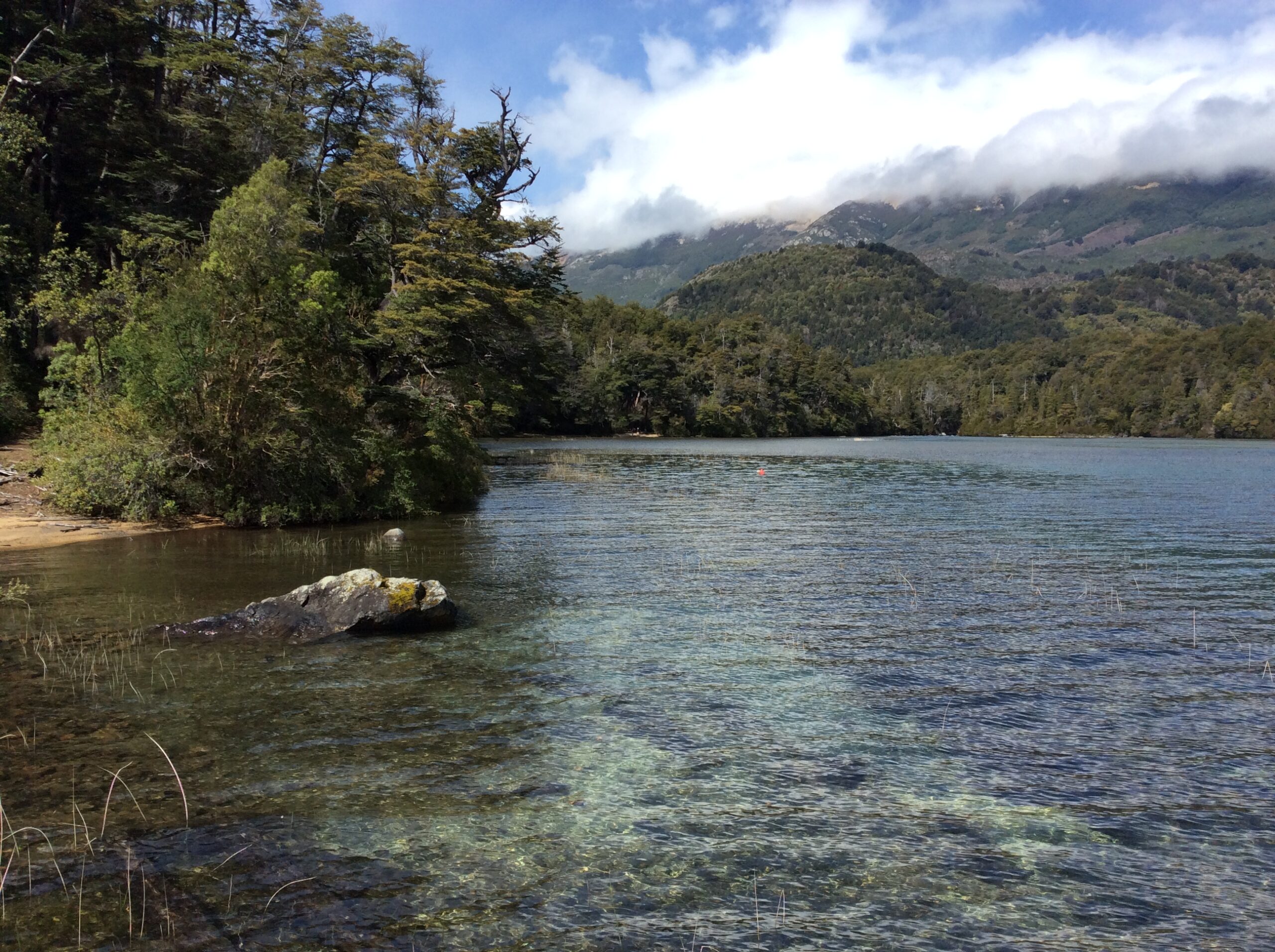 Written by Dr Matthew Elliot from Forest Research. This is the report from a BSPP Senior Fellowship. Click here to read more/apply for one yourself.

For at least the past 50 years the mortality of the native conifer Austrocedrus chilensis in Argentina had been described but it wasn’t until the isolation of Phytophthora austrocedri in 2007 that a causal agent could be attributed to the symptoms. Subsequently, P. austrocedri has been found in northern England and Scotland causing widespread mortality of Juniperus communis.

During our investigations at Forest Research we have developed an assay to detect a number of Phytophthora species in environmental samples which has allowed us to determine the extent to which P. austrocedri occurs in soil, along with exploring the possibility of other Phytophthoras being present at infected sites. We applied for a BSPP Senior Fellowship to fund a trip to Patagonia to allow us to investigate the soil in another geographic region where P. austrocedri and high tree mortality are known to occur.

The trip started at the 7th meeting of IUFRO working party on Phytophthoras in Forests and Natural Ecosystems. This meeting took place in Esquel, a small town surrounded by mountains in the Chubut province of Argentinean Patagonia about 1000 km south of Buenos Aires. On the first day of the meeting a number of newly discovered Phytophthora species were described including six new species from ITS clade 7a. Discussions during this session were focused on the difficulties of defining new species and the need for a good morphological key. Also discussed at length were the current problems with inaccurate and incomplete sequences on Genbank and how to combat the problem.

A topic which became widely discussed during the conference, after initial talks on day two by Santi Català from Valencia in Spain, was the use of next generation sequencing methods to detect Phytophthora species in the environment. This method allows rapid amplification of DNA which can then be used for meta-barcoding and the subsequent identification of all detectable Phytophthora species in environmental samples such as soil and river water. David Cooke (The James Hutton Institute) presented a meta-barcoding study carried out on water samples collected from streams in Scotland which identified more than 40 Phytophthora species, including some new species. These new methods will undoubtedly become important for establishing the distribution and origins of many Phytophthora species as well as the discovery of many new species. Day two was rounded off with a conference trip on La Trochita, the Patagonia Express (Viejo Expreso Patagónico). This 80 year old narrow gauge steam railway runs from Esquel to the settlement of Nahuel Pan through some beautiful scenery.

A mid week field trip allowed the conference organisers Alina Greslebin (National University of Patagonia) and Maria Laura Velez from CIEFAP (El Centro de Investigación y Extensión Forestal Andino Patagónico) to show us Phytophthora austrocedri symptoms in the field. The first stop was at Berwyn where the pathogen was first isolated and identified as the cause of extensive A. chilensis decline, a disease known locally as mal de cipres (Picture 1). We then made our way to Las cascadas del Nant y Fall where Everett Hansen (Oregon State University) uncovered a lesion on A. chilensis caused by P. austrocedri and Alina and Laura described past and current management projects aimed at reducing the spread of the disease (Picture 2). After lunch at the picturesque Asado on the banks of Rio Futaleufú, the Patagonian pathology team gave talks on the P. austrocedri situation and Sarah Green from Forest Research gave a talk on P. austrocedri in the UK. The trip continued on to Los Alerces National Park for a walk to Lago Menendez through some stunning scenery (Picture 3).

The final two days of the conference saw talks and posters on Phytophthora biology and genetics, ecology, management and control. The talks about Kauri decline in New Zealand caused particular concern but the management and control of this disease and others gave cause for optimism. The conference concluded with a field trip back to Los Alerces National Park where we took a boat trip across Lago Menéndez past a glacier and into the Valdivian temperate rainforest to see the Alerces (Fitzroya cupressoides), the trees that give the park its name. These trees are ancient and massive, the concern is that P. austrocedri may start to infect these trees but current management of this area is intended to minimise this risk.

Once the conference had concluded I started working on soil sampling with Alina and Laura with the aim of taking soil back to the UK to carry out DNA detection and quantification using methods developed at Forest Research in Scotland.

The first area we visited to collect soil was Berwyn which is one of the worst P. austrocedri infected forests (Picture 4). This also the first place that P. austrocedri was isolated from cypress in Argentina. There were many dead and dying trees still standing although many had been felled and were being sawn into planks on site. A. chilensis is used widely as a building material in the region. A number of trees showing varying states of decline were selected for sampling soil from their bases. It was the aim to collect soil from a section to a depth of 30cm wherever possible. On the way back from Berwyn we stopped once more at Nant y Fall and sampled from the areas that we had visited during the field trip the week before as well as some sampling on the road side of the small road that lead to the falls.

The next collecting trip was to NP Los Alerces to a Nothofagus forest which had been severely burnt in a forest fire in 2008. The idea was to collect soil from areas away from A. chilensis to see how widespread P. austrocedri is and also to see if there are any other pathogens present. As we were walking a condor flew very closely over our heads which was an unexpected pleasure. On the way back from the park we stopped at a number of roadside sites to take samples from beneath both healthy and failing cypress and Nothofagus trees. We followed this up with a trip to a healthy Nothofagus forest in the mountains at Huemules to establish if P. austrocedri could be found there. Further sampling trips took place to varying habitats throughout a 200km transect from north to south through Patagonia.

The soil collected during this trip is currently being processed to extract any Phytophthora DNA present in order to initially carry out real time PCR to detect and quantify P. austrocedri. Further meta-barcoding work will be carried out to establish if there are any other Phytophthora species present in forest soils in Patagonia.

With thanks to Maria Laura Velez, Alina Greslebin and all CIEFAP staff for their hospitality and for making this trip possible.