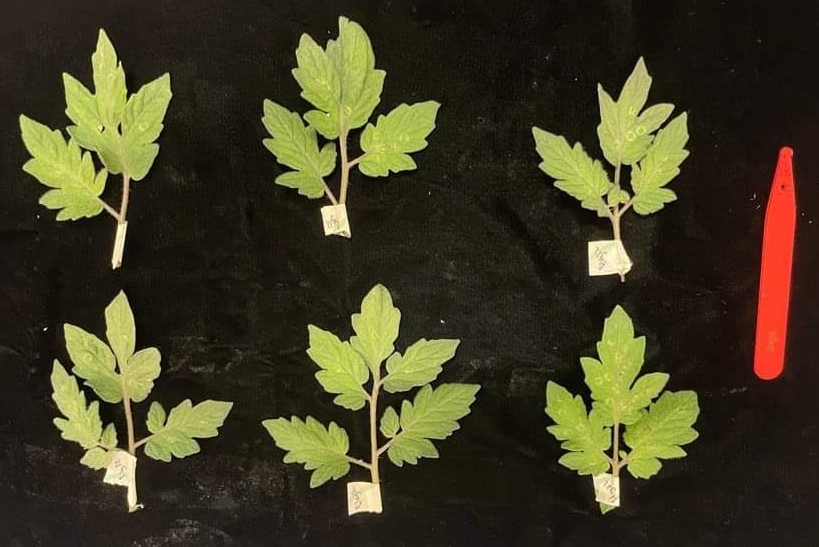 Investigating the duration of transcriptional memory in response to flg22

Firstly, I analysed the RNA sequencing dataset generated by my supervisor, which profiled the levels of gene expression in naïve and primed plants following treatment 3 days post-priming. This allowed me to select genes that had the highest chance of showing features of memory.

In the first experimental part of my project, seedlings of Arabidopsis thaliana were grown in liquid culture in a 12-well plate. 4 days post-germination, half of the seedlings were primed with flg22, a well-studied pathogen associated molecular pattern (PAMP). Next, I treated seedlings of primed and naïve plants of Arabidopsis thaliana with second dose flg22 at 3- and 7-days post-priming. Then, I extracted RNA, generated cDNA and performed qRT-PCR from all samples to examine the levels of expression of genes chosen on the basis of having shown evidence for transcriptional memory from RNA sequencing. The results from this first set-up indicated high variability between biological replicates, so a new set-up was designed that aimed to improve the robustness of the assay by increasing the number of replicates, lowering the risk of cross-contamination between naïve and primed plants, and achieve more uniform conditions for growth across biological replicates. This involved growing seedlings in Petri dishes, which enabled separate containment of primed and naïve plants, reducing the risk of exposing naïve plants to flg22. This second set-up proved to be more successful, with genes showing greatly reduced variability between biological replicates, allowing me to conclusively demonstrate that transcriptional memory was maintained in genes for 3 days, but not 7 days, post priming. This indicated that, for the genes investigated, transcriptional memory lasts less than 7 days.

To gain further insight into memory gene characteristics, I next embarked on a bioinformatic investigation. First, I carried out gene enrichment analysis on the RNA seq data used previously to identify memory genes. Next, I downloaded previously published data, which investigated plant transcriptional response to a single treatment with flg22. The results suggested large overlaps between the published data, and the data from the Harris lab, thereby validating my dataset. In addition, I compared features of memory genes and a reference dataset of genes with the same baseline level of expression, such as gene length, GC content, nucleosome occupancy and presence of histone marks. Interestingly, I found that memory genes were statistically significantly enriched for the presence of both H3K18ac and H3K27me3, which constitutes a very recently described form of bivalent chromatin, which may have a role in modulating the precise timing of gene expression induction.

In addition to looking at priming effects at the transcriptional level, I also analysed ROS production, which is one of the earliest physiological responses to flg22 perception. This was performed in tomato, comparing primed and naïve plants, following flg22 treatment 3 days post-priming. Interestingly, the results indicated a much stronger ROS burst in naïve plants. I suspect that this may be related to the flg22 receptor FLS2 being internalised in primed plants, thereby reducing its overall availability, leading to a lower level of ROS being released. This result is informative, as it indicates that there is a possibility of changes of the levels of FLS2 being maintained 3 days post priming due to initial exposure to flg22, and this needs to be accounted for while investigating transcriptional memory.

This project has been a great opportunity for me to learn more about research and has inspired me to further my study in the area of plant sciences. I would like to thank my project supervisor Jake Harris for his support, encouragement and patience, Yingtian Deng for her guidance on the ROS assay, help with accessing materials, and discussions throughout the project, and all members of lab 307 for their suggestions and assistance. I am also very grateful to BSPP for providing me with funding for this project.

Figure above: Solanum lycopersicum (tomato) leaves pre-infiltrated with either flg22 (primed) or mock (naïve) solution, prior to flg22 treatment and analysis of ROS production.