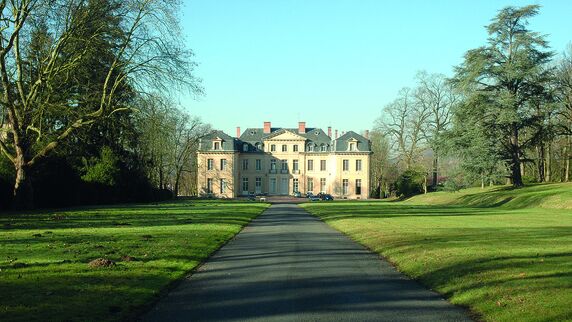 Written by Sonali Roy from the John Innes Centre, UK. This is the report from a BSPP Junior Fellowship. Click here to read more/apply for one yourself.

The BSPP fellowship allowed me to spend four weeks at the CNRS, Gif-sur-yvette in the Lab of Dr. Martin Crespi. While at CNRS, I was able to successfully create nine small RNA libraries that have just been sequenced and are now being analysed. Small regulatory RNAs (sRNAs) are emerging as post-transcriptional regulators of gene expression leading to the “silencing” or repression of specific mRNAs.

The si/miRNAs are small RNAs of 20 – 24 nucleotides that are complementary to their target mRNAs and direct them for cleavage and/or inhibition of translation regulating many important plant processes. Interestingly, a recent study showed that conserved domains of the NBS-LRR family in legumes are targeted by small regulatory RNAs. Plant NBS-LRRs are components of the effector-triggered branch of plant immunity involved in specific recognition of virulence proteins secreted by pathogens. In legumes, presence of dominant NBS-LRR alleles has been shown to be sufficient to discriminate between compatible and incompatible rhizobial strains. We wanted to explore the hypothesis that a down regulation of the NBS-LRRs is required for infection with compatible symbionts and that this is brought about by small RNAs. The Medicago–Sinorhizobium interaction is a widely studied model for legume-rhizobia symbiosis. A method for isolation of Medicago root hairs, which are the primary sites of infection by rhizobia, has been established in the Murray lab. My PhD project involves analyses of microarray-based gene expression to compare gene regulation during infection with NF-producing (compatible) and non-NF producing (incompatible) strains of S. meliloti which has been successfully generated using this method. In the absence of the NF (symbiosis signal) the host plant arrests the entry of the rhizobia. This system thus provides us with a singularly important model to study the differences in host responses to beneficial and unprofitable bacterial interactions.

I isolated root hair from approximately 200 M. truncatula seedlings three days post inoculation with S. meliloti 1021 and S. meliloti NodABC and buffer treatment. For each treatment three experimental replicates were used. Total RNA was isolated from all nine treatments and the quality analysed using Agilent Bioanalyser for the small RNA fraction. To further confirm the quality of the RNA, ten known miRNAs were also amplified from the fractions by quantitative RT PCR. Next, different adapters provided in the ILLUMINA TrueSeq kit were ligated to each sample to allow for multiplexing during sequencing. The amplification of small RNAs was allowed to proceed for 20 cycles. The resultant PCR products were run on an acrylamide gel following which a small RNA band at the correct size was excised and eluted. The small RNA fractions obtained thus were again checked for quality on a bioanalyser and then sent for sequencing. The sequenced small RNAs will be further examined bioinformatically to identify novel small RNAs in root hair in addition to those which are differentially regulated during rhizobial infection with special attention to those potentially targeting NBS-LRRs.

The fellowship was of particular benefit to me since it allowed me to visit a lab with a completely different specialization that was necessary to take this study further. This not only improved the rate of progress but also provided me with excellent training and supervision. I would like to thank Christine Lelandais and Jeremie Bazin, in particular, for supervising my work and for frequent discussions. Finally, Dr. Martin Crespi for letting me join his lab for one month and the BSPP for giving me this opportunity.