Wheat blast is caused by the fungal pathogen Magnaporthe oryzae, which belongs to the same species complex that causes the renowned rice blast. However, unlike rice blast, wheat blast only became a major threat to global food security in 2016 when it spread to Bangladesh from South America – where it has been devastating wheat yields since the 1980s. This development is particularly significant since Bangladesh is sitting between two countries that are the largest wheat producers in the world – India and China.

I was investigating genetic sources of resistance to this disease in Paul Nicholson’s lab at the John Innes Centre, for 8 weeks before my final year at the University of Bristol. A doubled haploid population had been developed, prior to my arrival, from crossing two wheat varieties, Catbird (highly susceptible to wheat blast) and Milan (partially resistant).

The first part of my project was investigating a claim made in the literature that Milan carried a 2NS chromosome segment from a wild wheat relative – Aegilops ventricosa. Partial resistance exhibited by Milan could be attributed to this 2NS translocation and therefore could be the genetic source of any resistance identified in the Milan x Catbird population. Therefore it was necessary, with the help of a postdoc in the lab, to amplify this 2NS section in Milan with PCR. However, we were not successful. Sequencing results then confirmed our suspicions – that our version of Milan does not have the 2NS translocation. Therefore, there must be a novel source of resistance in Milan – the plot thickens!

Another postdoc in the lab had developed a detached leaf assay that showed a clear differential resistance at the seedling stage in Milan and Catbird varieties. I applied this assay to screen the entire Milan x Catbird population, to investigate this novel genetic resistance. My screen illustrated that particular lines exhibited transgressive segregation in blast resistance. However, the majority showed intermediate resistance. We concluded more than one gene was responsible for blast resistance. Milan was proposed to have one major and one minor resistance gene, while Catbird had a minor resistance gene.

Paul sent off the screening results to a research group in Argentina, who are kindly suppling a genetic map, for QTL analysis. Hopefully then the chromosomal location(s) responsible for resistance can be pinpointed. If this mapping is successful, these resistant genes to blast could then be bred into wheat varieties to improve crop yields in South America and Asia, and prevent the spread of wheat blast disease across these regions. 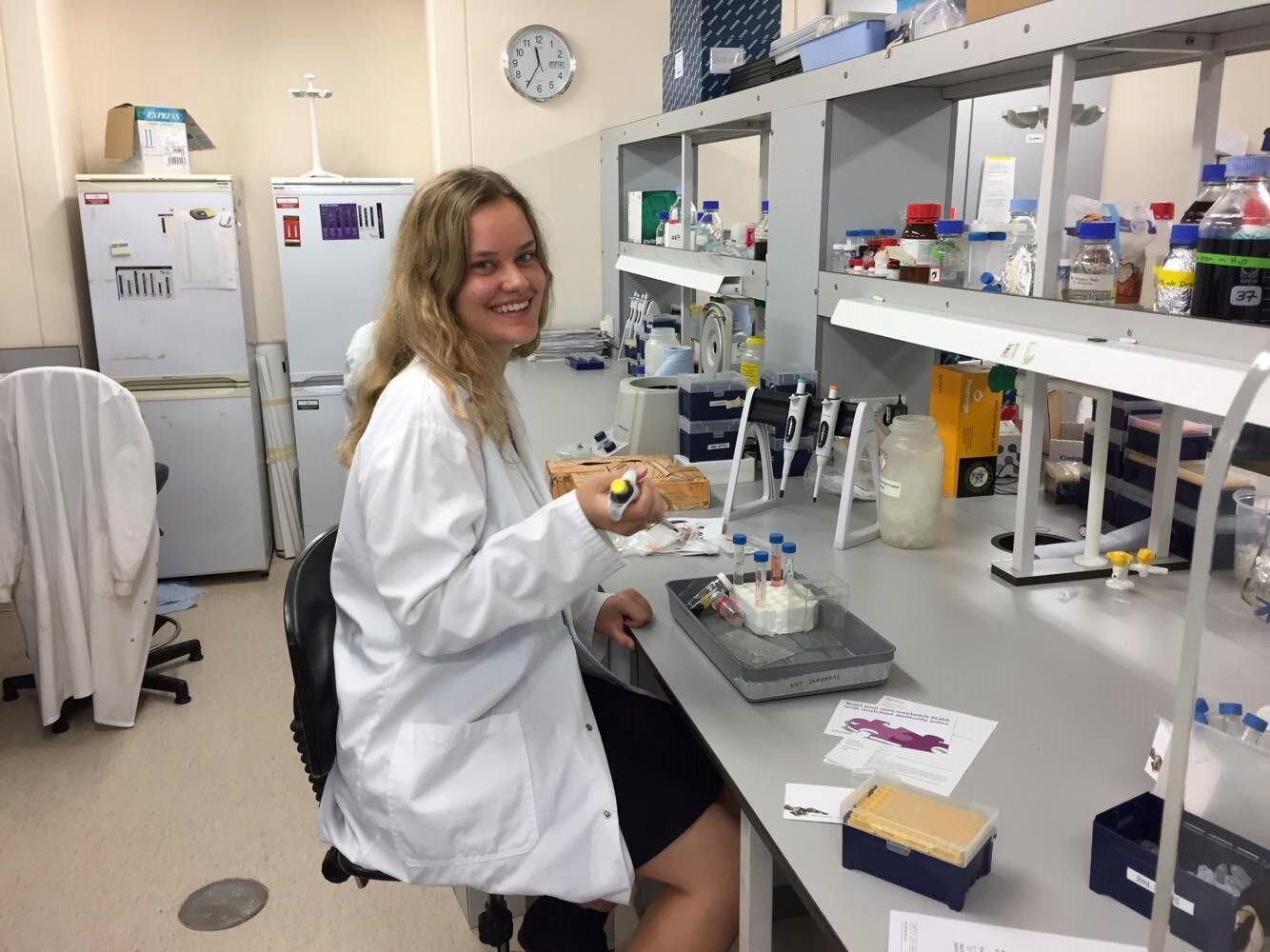 Suzi in the lab

I have really enjoyed my taste of plant pathology. It gave me an idea of the highs and lows of research… and cemented my decision to pursue a career in it! I would like to thank the BSPP for funding this opportunity and Paul Nicholson and his lab for all their help and encouragement. I would recommend anyone with an interest in research to gain an experience like mine!