My project focused on the isolation and characterisation of bacteriophage active against Pseudomonas syringae, the causal agent of bacterial canker, in Rob Jackson’s lab at the University of Reading. The lab focuses mainly on novel biocontrol approaches for plant pathogens, particularly P. syringae. The long-term goal of the research I was involved in, led by Dr Mojgan Rabiey, is to create a product of many different bacteriophages (a ‘cocktail’) that could be applied to cherry trees (part of the genus Prunus) to reduce the impact of bacterial canker on orchards. Current methods of control of bacterial canker, such as copper sprays, are environmentally damaging and copper resistance is increasing; therefore, novel control approaches like phage biocontrol could provide a solution. The cocktail needs to be effective against the three pathovars of P. syringae that cause bacterial canker: P. syringae pv. syringae (Pss), P. syringae pv. morsprunorum race 1 (Psm1), and P. syringae pv. morsprunorum race 2 (Psm2). My studentship involved collecting samples from cherry orchards, isolating phage from them and then characterising the phage. These phages will become components of a future phage cocktail for the control of P. syringae.

Leaf and soil samples were collected from cherry tree orchards in Kent in June 2018 and taken back to the lab in Reading. Before my arrival, the team had been perfecting the methodologies necessary for the isolation of phage, which I was then taught. Any phage in the samples were extracted through plaque assays, which constituted most of the project. Samples were added onto agar plates along with Pss and incubated overnight. Pss was used to isolate phage as it is more common in soil than the other two pathovars, therefore phage were more likely to infect this pathovar. If phage were present in the sample, they would multiply in and lyse any P. syringae in their surroundings, forming a clear circular plaque on a lawn of P. syringae (pictured below).

Many samples contained mixtures of phage, meaning a series of plaque assays had to be completed to obtain pure isolates of a single type of phage. Once phage were isolated, the concentrations of the isolates were identified through a fast titre, and the host range of isolated phage was determined through plaque assays using one of the three pathovars of P. syringae that cause bacterial canker. I analysed the growth of one of my phage isolates through a one-step growth curve and analysed how seven of my isolates killed Pss through kill curves. Finally, phage DNA was extracted and amplified through PCR. My involvement ended here, however the samples were then sent for sequencing for further characterisation. I successfully isolated ~18 bacteriophage active against Pss and extracted their DNA and amplified it. None were active against Psm1 or Psm2. Sequencing of the phage will determine whether they are all unique, or whether I have isolated phage of the same type.

The main obstacle I overcame was mastering the methodology; viruses are notoriously difficult to work with, and it took me several attempts to master the plaque assay technique well enough to produce plaques for effective isolation. Preventing contamination also proved difficult, but frequent cleaning of equipment helped to reduce this problem. The kill curves produced a huge amount of data that needed to be organised before being utilised; as a result, my data handling skills improved immensely.

I applied for a BSPP summer studentship because I wanted to know whether I would enjoy working in a lab performing active research. I thoroughly enjoyed working with my hands, learning challenging methodologies and getting useful results. The studentship has also given me more direction on what a career as a plant pathologist would look like. 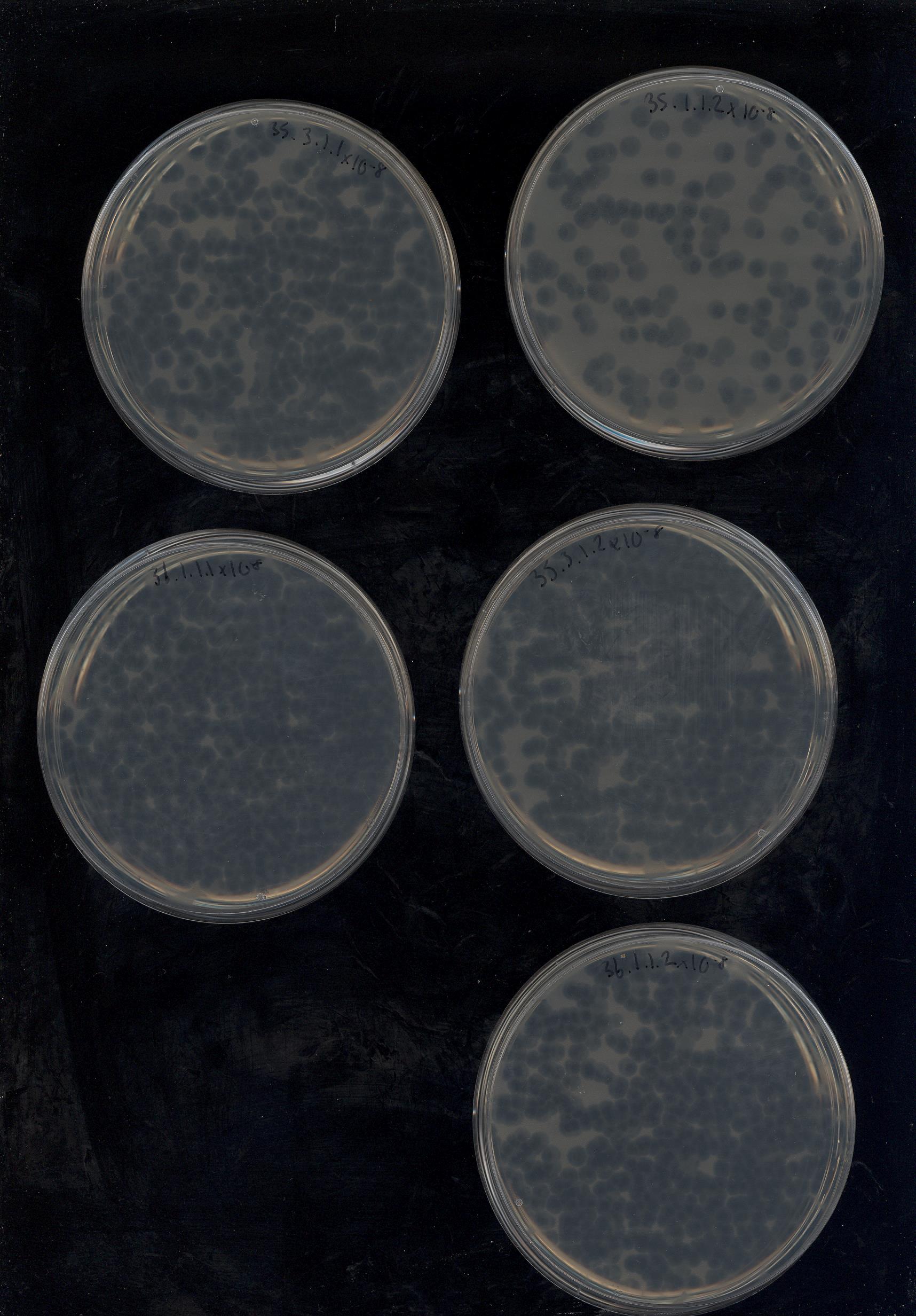