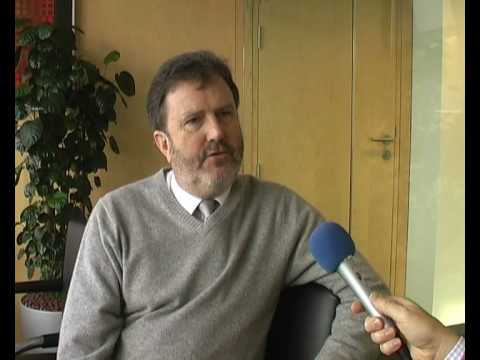 John Lucas Awarded an Honorary Membership of the BSPP

John Lucas served as BSPP president in 2003 and has been a member of the society since its formation in 1981. John has worked in California, the UK, and Brazil during his career in plant pathology. His areas of research have covered Phytophthora diseases, eye-spot, and most notably the important wheat pathogen, Septoria tritici. As director of plant pathology research at IACR and Rothamsted Research he had guided research on fungi, viruses, nematodes, fungicide resistance in disciplines ranging from genomics to disease diagnosis and forecasting. His speciality for much of his time at Rothamsted was world-class research into fungicide resistance in Septoria tritici, interacting with FRAG and FRAC, to influence the safeguarding of chemical crop protection in Europe. John was a lecturer at Nottingham University and supervised many PhD students and postdocs during this time, and he has continued to teach undergraduate students at Nottingham as a special professor for the past 10 years.

Throughout John’s career he has invested great energy in communicating his science to broad audiences, through his text book “Plant Pathology and Plant Pathogens”, supervision of post-graduate students, outreach to schools and through major media and high-profile public engagement events to the general public. John’s effective communication has also influenced UK and European political positions on loss of pesticides and approaches to the challenges facing the UK’s future food and farming.

John has been a strong supporter of international relations within science. He served as the head of Rothamsted International, a charity providing professional research training and knowledge dissemination to benefit agricultures in emerging nations. In recent years John has been instrumental in establishing UK research and government links with Brazil, generating new funding mechanisms including BBSRC-Brazil partnering Awards, and the Labex programme which enabled networking between universities and research institutes in the UK and Embrapa research centres.

“I had the golden opportunity to get to know Prof. Lucas as one of the best co-workers fully professional and committed, and a person of highly human values and leadership skills.

Prof. Lucas was the Principal Investigator of a 3-year collaboration project that aimed to find new diagnostics tools to fight the Napier Grass Stunt Disease caused by a phytoplasma, and the Napier Smut caused by Ustilago kamerunensis in Ethiopia, Uganda and Tanzania. Personally, I worked with Prof. Lucas for the NGS project and on phytoplasma disease diagnosis under a 8-year collaboration program between Cuba and UK.

Prof. Lucas is always full of positive energy to support agriculture research and plant pathologists in their endeavors; he has excellent speech skills that uses in all platforms to speak up for an environmentally friendly world, to support cooperation links with developing countries, and to improve food security for the poor-resource smallholder farmers.”