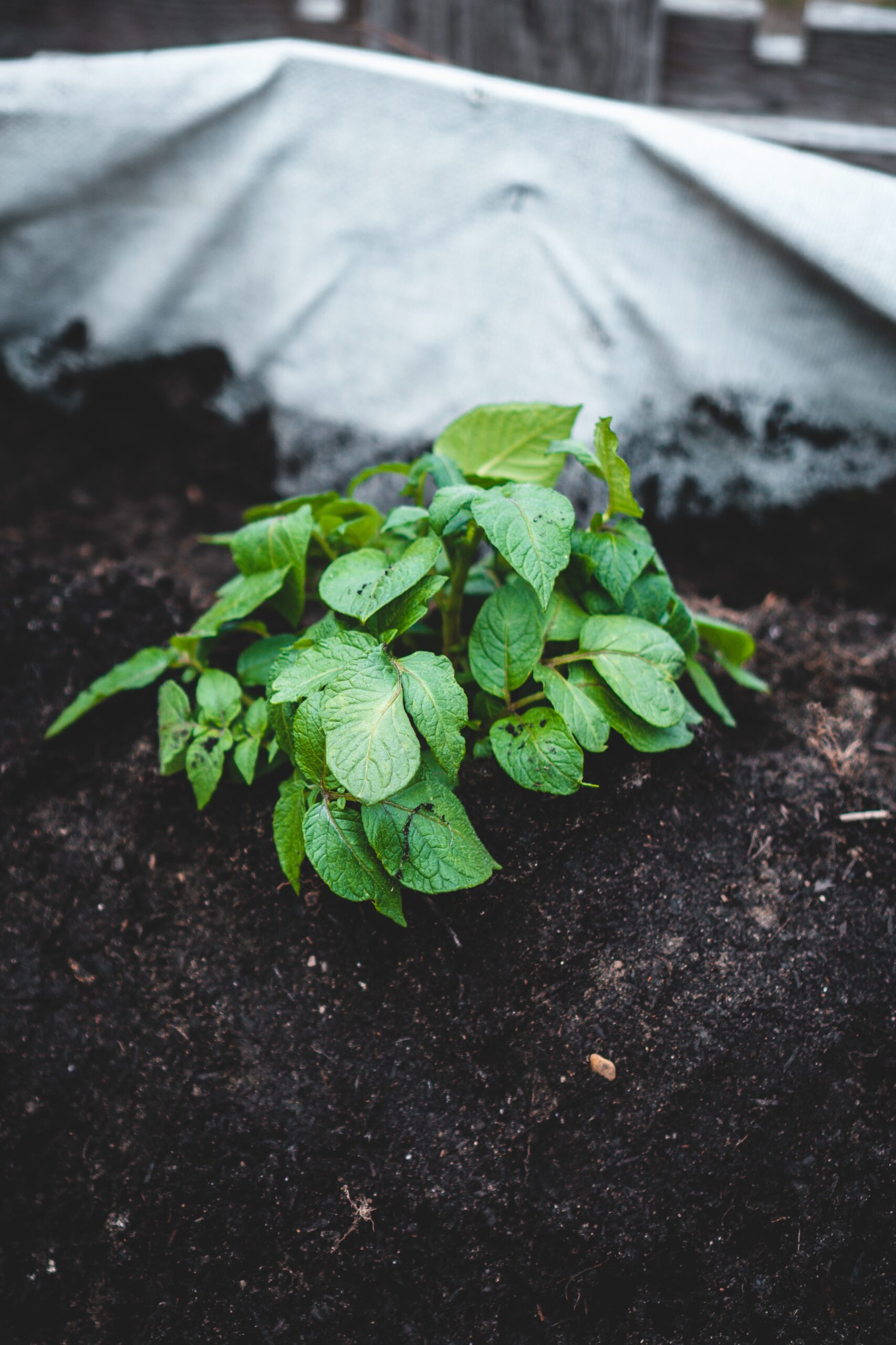 Written by Dr Ahmad Al-Mrabeh from the James Hutton Institute and Newcastle University. This is the report from a BSPP Junior Fellowship. Click here to read more/apply for one yourself.

The BSPP fellowship allowed me to undertake research on the molecular diversity of potato–infecting viruses at Science and Advice for Scottish Agriculture (SASA, Edinburgh) and to receive training in monoclonal antibody production for virus detection.

Potato virus A (PVA) is currently the second most important virus causing mosaic symptoms in seed potato production in the UK. The virus belongs to the potyvirus group, which is known be the largest economically important virus group. PVA shares most of the molecular characteristics of the Potato virus Y (PVY), the most prevalent potato virus worldwide. Unlike PVY, very little work was carried out to characterize PVA population and to differentiate virus isolates according to their molecular and biological characteristics.

A collection of 80 PVA isolates were studied which had been intercepted during the Seed Potato Certification Scheme (SPCS) growing crop inspection carried out annually at SASA. Based on partial sequencing of the coat protein (CP) and phylogenetic analysis very limited nucleotidic differences were found among the PVA field population in Scotland. The isolates can be divided into two main groups: Group 1 represent the majority of the analysed isolates (97.5%) which has high homology with previously characterized isolates found in mainland Scotland and in the Shetlands islands. About 2.5% of the studied isolates were outside this category and classified as a Group 2 which are more homologous to other PVA isolates found in mainland Europe, China and USA. To identify potential genomic diversity within PVA isolates belonging to the most prevalent CP subgroup 1, P1, HC-Pro, P3, Vpg and NI genes, known to display the highest genomic variability, were sequenced. Sequence variability was relatively low among these selected isolates confirming their relative homogeneity. The two proteinase genes P1 and P3 proteins were found to be identical. PVA outliers were identified within the HC-Pro, NI and VPg genes, defining new PVA variants.

Phylogenetic analysis was performed on translated CP sequence. The existence of specific motifs crucial for virus functions was investigated. This included the existence of the DAG (Asp-Ala-Gly) motif in the coat protein and KITC/PTK motifs on the HC-Pro which are critical for virus transmission. The DAG motif is found on the surface exposed N-terminus of potyvirus coat protein and is involved in aphid transmission of potyvirus. Mutations occurring in the DAG motif or in its close vicinity can decrease or abolish aphid transmission ability of the potyvirus. PVA Isolate TS43 has a mutated DAG motif to DAD and is closely related to a PVA isolate which known to be aphid non-transmissible due to mutation in the DAG motif to DTG. This may explain the relative low frequency of occurrence of this isolate in the Scottish population that could be due to the poor efficiency or lack of virus transmission. The DAG motif is mutated to EDG motif in the PVA isolate 10114, which belongs to the largest Group 1 cluster. Further investigation is required to assess whether or not this double mutation in the first amino acid of the DAG triplet affects aphid transmission.

PVA is largely associated with a limited number of potato cultivars according to the SPCS surveys carried out at SASA. Three different susceptible potato cultivars (Desiree, Estima, Hermes) are known to display either mild (Estima) or more severe mosaic symptoms (Desiree) to PVA. Importantly, PVA infection on Estima cultivars is often symptomless which hamper field inspection schemes and made post-harvest testing essential to certify Estima seeds stocks. The movement of a PVA isolate belonging to the most prevalent group was assessed in Desiree, Estima and Hermes cultivars. Leaf sampling was carried out at 9, 14, 22 and 36 days post inoculation (dpi) and monitored by DAS-ELISA. PVA-355 inf1 isolate initiated local infection by 9dpi in all the three cultivars tested. Systemic movement to the top of the plant was recorded by 14 dpi in Hermes and Estima, while the movement was delayed until 22 dpi in Desiree. In contrast, virus movement to the middle leaves of the plant was observed earlier (22 dpi) on Desiree compared with the other two cultivars.

The current study has shed some light on the PVA field population in Scotland, and concluded that PVA population is less heterologous compared with the PVY population. Further work is required to obtain the sequence of the whole genome of PVA isolates particularly those who displayed sequence diversity within the sequenced regions of the PVA genome including CP, HC-Pro, NI and Vpg. Taken together these data suggest that the PVA outliers represent different PVA recombinants. Further analysis using recombination analysis software is on-going to identify possible recombinant junctions that have yet to be described for PVA. No major differences were observed in the movement pattern of PVA 355-Inf1 isolate on the three potato varieties selected. Additional work is needed to reveal if these sequence changes affect PVA pathogenicity in relation to symptom development, long-distance movement (translocation to tubers) and aphid transmission.

I would like to conclude by acknowledging SASA staff in Virology (Ross Holmes, Dr Amjad Iqbal, Dr Triona Davey) and Molecular Biology (Dr Vince Mulholland, Dr Alex Reid) departments. Dr Christophe Lacomme (Virology) for supervising my work and training in sequencing and sequence analysis and Craig Douglas of the Monoclonal Antibody Production Unit lab for providing training in monoclonal antibody production. Finally, I want to thank Dr Jon Pickup and other senior management staff at SASA for agreement to carry out this research visit at SASA.