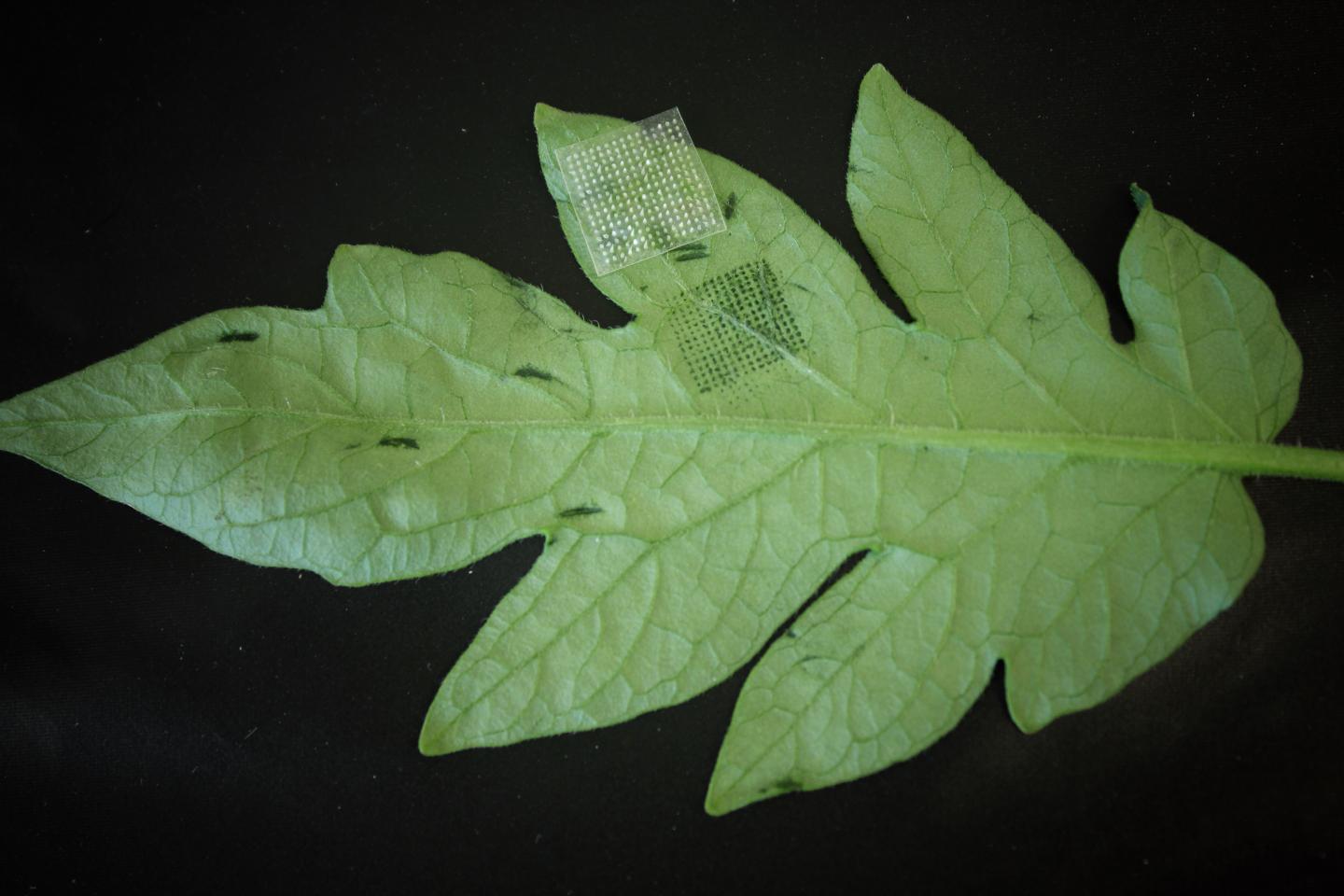 A new technique that uses microneedle patches to collect DNA from plant tissues in one minute, rather than the hours needed for conventional techniques has been developed by researchers at North Carolina State University. DNA extraction is the first step in identifying plant diseases, and the new method holds promise for the development of on-site plant disease detection tools.

“When farmers detect a possible plant disease in the field, such as potato late blight, they want to know what it is right away; rapid detection can be important for addressing plant diseases that spread quickly,” says Qingshan Wei, an assistant professor of chemical and biomolecular engineering at North Carolina State University and co-corresponding author of a paper on the work.

“One of the obstacles to rapid detection is the amount of time it takes to extract DNA from a plant sample, and our technique provides a fast, simple solution to that problem,” Wei says.

“Some plant diseases have similar leaf symptoms, such as late blight caused by the famed Irish famine pathogen Phytophthora infestans, and Phytophthora blight caused by a sister species P. nicotianae,” says Jean Ristaino, William Neal Reynolds Distinguished Professor of Plant Pathology at NC State and cocorresponding author of the paper. “The gold standard for disease identification is a molecular assay. Our new technique is important because you can’t run an amplification or genotyping assay on strains of P. infestans, or any other plant disease, until you’ve extracted DNA from the sample.”

Typically, DNA is extracted from a plant sample using a method called CTAB extraction, which has to be done in a lab, requires a lot of equipment, and takes at least 3 to 4 hours. CTAB extraction is a multi-step process involving everything from tissue grinding to organic solvents and centrifuges.

By contrast, the new DNA extraction technique involves only a microneedle patch and an aqueous buffer solution. The patch is about the size of a postage stamp and is made of an inexpensive polymer. The surface on one side of the patch is made up of hundreds of needles that are only 0.8 millimeters long.

A farmer or researcher can apply the microneedle patch to a plant they suspect is diseased, hold the patch in place for a few seconds, then peel it off. The patch is then rinsed with the buffer solution, washing genetic material off of the microneedles and into a sterile container. The entire process takes about a minute.