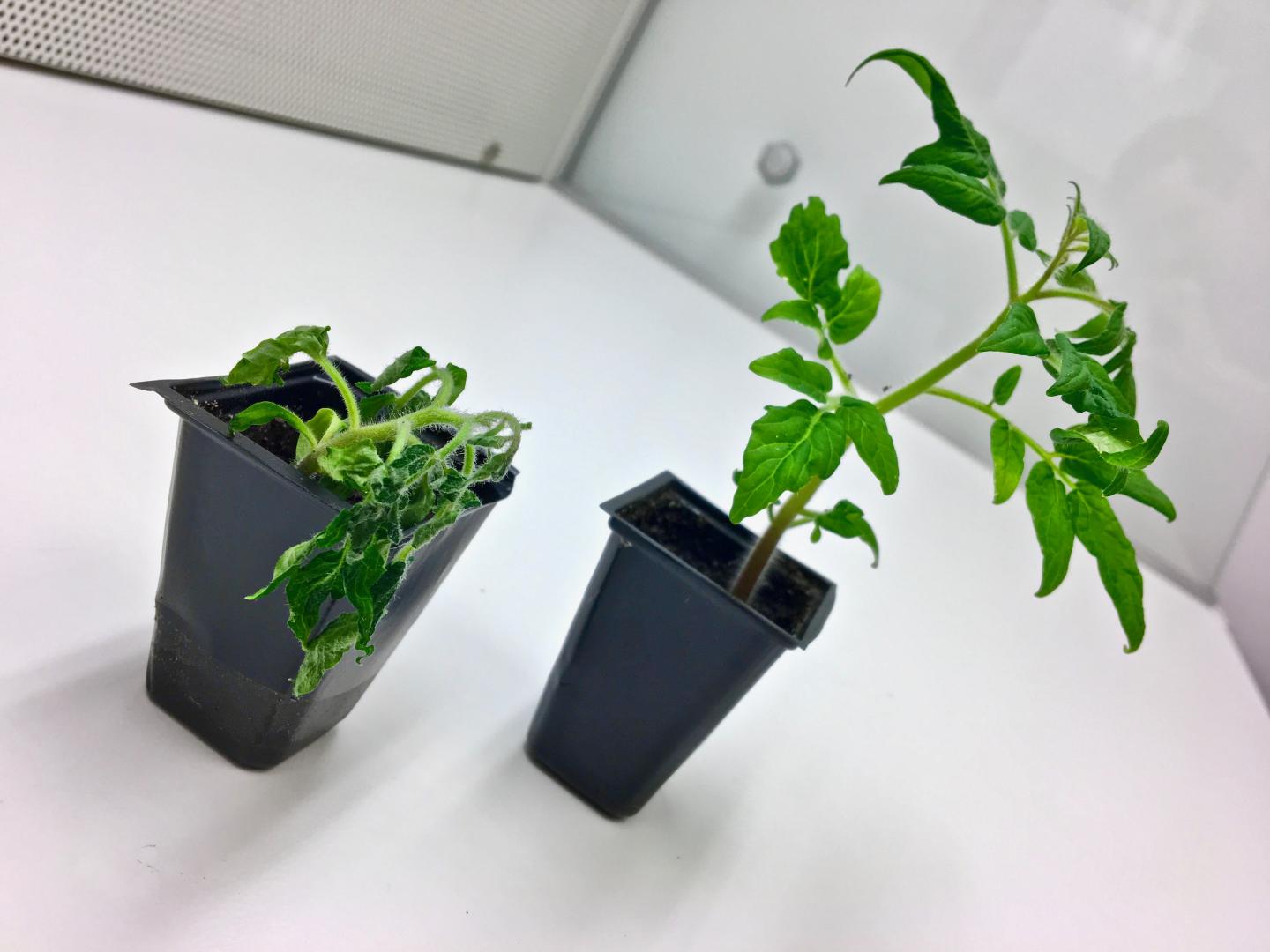 Researchers from the University of York working with colleagues from China and the Netherlands, investigated the effect of the soil microbiome on the plant-pathogen interaction. Infections are often ‘patchy’ in the field not affecting the whole crop and the cause for this is unknown.

Dr Ville Friman from the Department of Biology said: “Even though we have discovered that the pathogen is present everywhere in tomato fields, it is not capable of infecting all the plants. We wanted to understand if this spatial variation could be explained by differences in soil bacterial communities.”

To study the effect of soil microbiome for disease development, the scientists used a newly developed experimental system that allowed repeated sampling of individual plants in a non-destructive manner. This allowed scientists to go back in time and compare healthy and diseased plant microbiomes long before visible disease symptoms.

The sampling method allowed them to compare the micro-organisms that were present in the soils of those plants that remained healthy or became infected. Their analysis showed that the microbiomes of surviving plants were associated with certain rare taxa and pathogen-suppressing Pseudomonas and Bacillus bacteria.

Dr Friman added: “We found that improved disease resistance could be transferred to the next plant generation along with the soil transplants analogous to faecal transplants used in medicine.

“Our results show that it is important to focus not only the pathogen but also the naturally-occurring beneficial micro-organisms present in the rhizosphere. While the beneficial role of microbes for humans and plants have been acknowledged for a long time, it has been difficult to disentangle the cause and effect and important bacterial taxa based on comparative data.”

The team are currently developing and testing different microbial inoculants for crop production. The research has opened up the possibility in the future that bacteria could be used as ‘soil probiotics’ to protect plants from pathogens.

A HUlike protein is required for full virulence in Xanthomonas campestris pv. campestris

Did you know that ozone causes damage to plants?
Would you know what ozone damage looks like in plants?

Check out this NEW quiz by @BS_PP and UKCEH
@UKCEHPapers