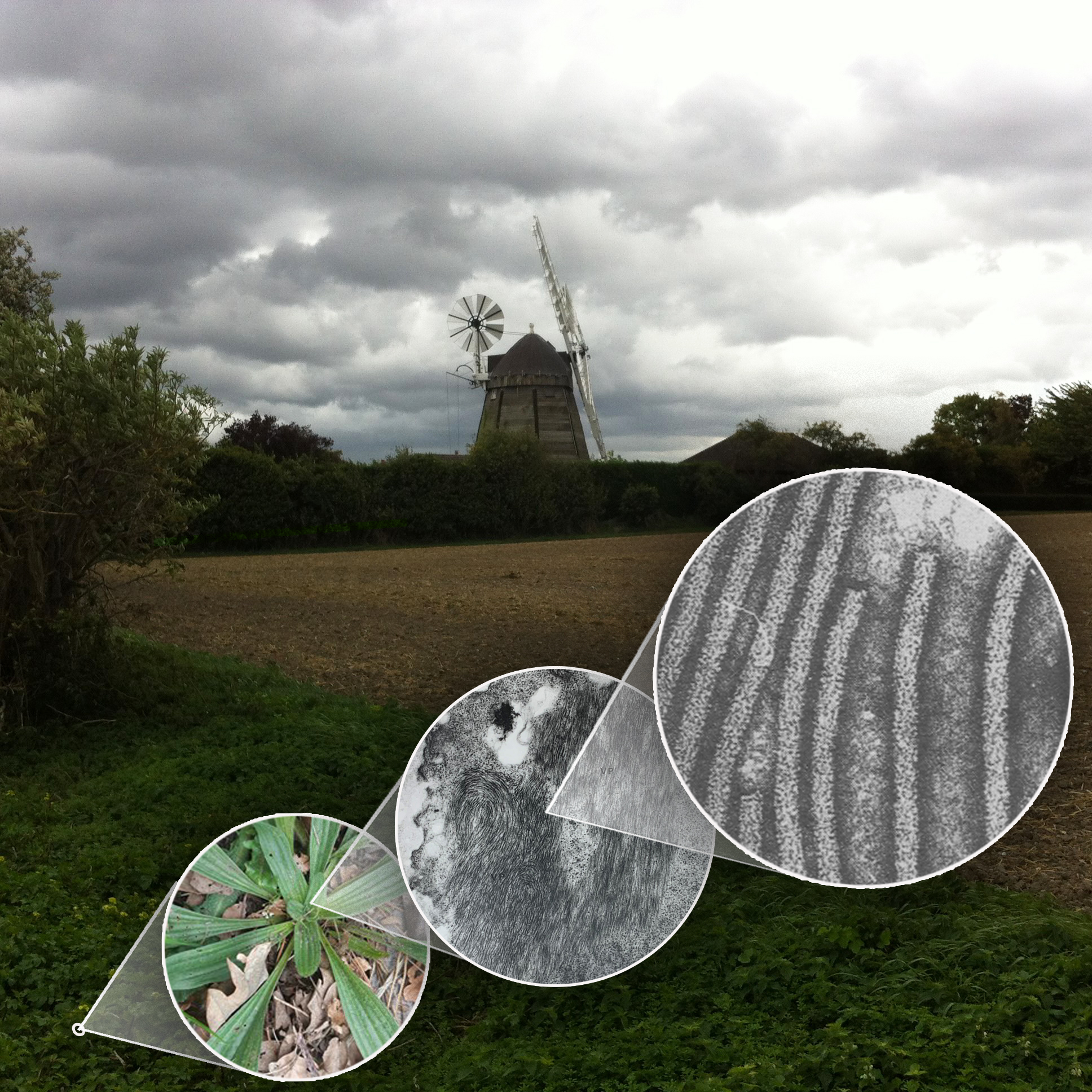 Next Generation Sequencing and Historic Isolates

In the February issue of ‘Plant Pathology’, Senior Editor Matt Dickinson highlighted two new papers reflecting the power of Next Generation Sequencing in harvesting new data from historic plant isolates: Powdery Mildew in Cherry and Plantain Virus X. In this blog, we hear first-hand how Plantain Virus X was first discovered and characterised in the UK, and how its presence across the world and in multiple hosts has been pieced together.

“The origins of plant virology as a subject date to the late 1800s, but the subject really came into its own in the 1930s with the publication of the first comprehensive text on plant virus diseases by Kenneth Manley Smith. Although sequencing technology had been developed throughout the 1960s, the first UK plant virus description using Sanger sequencing was in the mid-1990s. High Throughput Sequencing (HTS), or Next Generation Sequencing, emerged as a diagnostic technology out of the Human Genome project, and for the last decade it has been increasingly used in plant pathology and other plant sciences applications as a technique. The use of this technology for supporting plant virus diagnostics has largely focused on difficult-to-diagnose cases due to the non-targeted nature of the method, allowing the presence of previously unknown viruses to be revealed. However, recently there has been an increased interest in revisiting historical virus isolates collected during the “pre-sequencing” era, before HTS or even Sanger sequencing were routinely in use.”

Before the era of sequencing, the skills of virologists entailed mechanical plant inoculations, serological studies and electron microscopy to confirm that virus particles were the likely casual pathogen.

“I examined the viruses naturally occurring in Plantago species in England for my doctoral research at the John Innes Institute in Norwich, collecting many samples – mainly of P. lanceolata, from outside my home town of Cambridge, where my supervisor, Roger Hull had earlier observed affected plants, and around Norwich. Additional samples were generously collected by a number of virologists and extension agents from other parts of the country.

Plantain virus X (PlVX) was the most commonly, and widely, occurring of the eight viruses I detected. Although I was able to perform biological, serological, and biophysical characterizations of PlVX, and perform rudimentary solution hybridization to demonstrate that PlVX was distinct from potato virus X, this was before the days when genome sequencing was a practical part of virus characterization. On the basis of the contemporary knowledge, PlVX was accepted as a species (initially misnamed as ‘Plantago virus X’) of the ‘Potexvirus group’ in 1982.

After many virus genomes had been sequenced, availability of genomic sequence became one of the criteria for recognition of newly-discovered viruses as novel species, and proposals were made to abolish a number of potexvirus species lacking adequate genomic sequence. Fortunately, I was a member of the then ‘Flexiviridae Study Group’ of the ICTV, and requested time to identify PlVX-infected material in order to generate adequate sequence data to preserve it as a recognized member of the genus Potexvirus. (Or possibly, to demonstrate synonymy with Plantago asiatica mosaic virus [PlAMV], with which I was working at the time, and which had been described in the Russian Far East at around the same time as I was working on PlVX).

Unfortunately, the dried and frozen PlVX-infected leaf tissue, and purified virus, which I had left at the John Innes was discarded and destroyed following the dissolution of the Virus Department there. So, it was necessary to seek fresh infected plants in some of the areas where the originals had been collected, and to find collaborators to assist.”

John Hammond collected samples of P. lanceolata in various locations during visits to the UK from the US – driving to York from Devon or mailing samples collected around Cambridge. Adrian Fox and Ian Adams generated partial sequences from plants collected in Fulbourn in 2018, positive for PIVX.

Luckily, “Adrian found that the virus collection at the University of Warwick included dried tissue of two of my original isolates from 1976 and 1977, which I had completely forgotten had been requested by the late Alan Brunt while I was still a doctoral candidate at the John Innes.”

“I had also talked with Marleen Botermans, of the Dutch NPPO, at a meeting in the US in August of 2018, and asked her if she would be interested to examine plants of P. lanceolata in the Netherlands, to see if there was a connection between PlVX and PlAMV, a major problem in the lily bulb and cut-flower industry. From there the collaboration grew, when the sequences determined from the original PlVX samples, and from P. lanceolata in the Netherlands, was found to have such a high degree of identity with another recognized potexvirus species, Actinidia virus X (AVX).

I am very pleased to see the first virus which I characterized now fully sequenced and retained as an approved species, and to have been a part of a multinational effort with a wonderful group of collaborators; I hope that this work will inspire others to obtain sequence data from other old virus cultures maintained in collections, and especially isolates which have been well-characterized biologically but have not been fully classified.”

TITLE IMAGE: The site at which PIVX-infected Plantain samples were collected by John Hammond in 2018 and the 1970s. Overlaid are images of P. lanceolata, a cross section of PIVX-infected plant tissue and at a higher magnification (note, electron micrographs were not taken from infected Plantain leaves). All images used with permission of the authors.