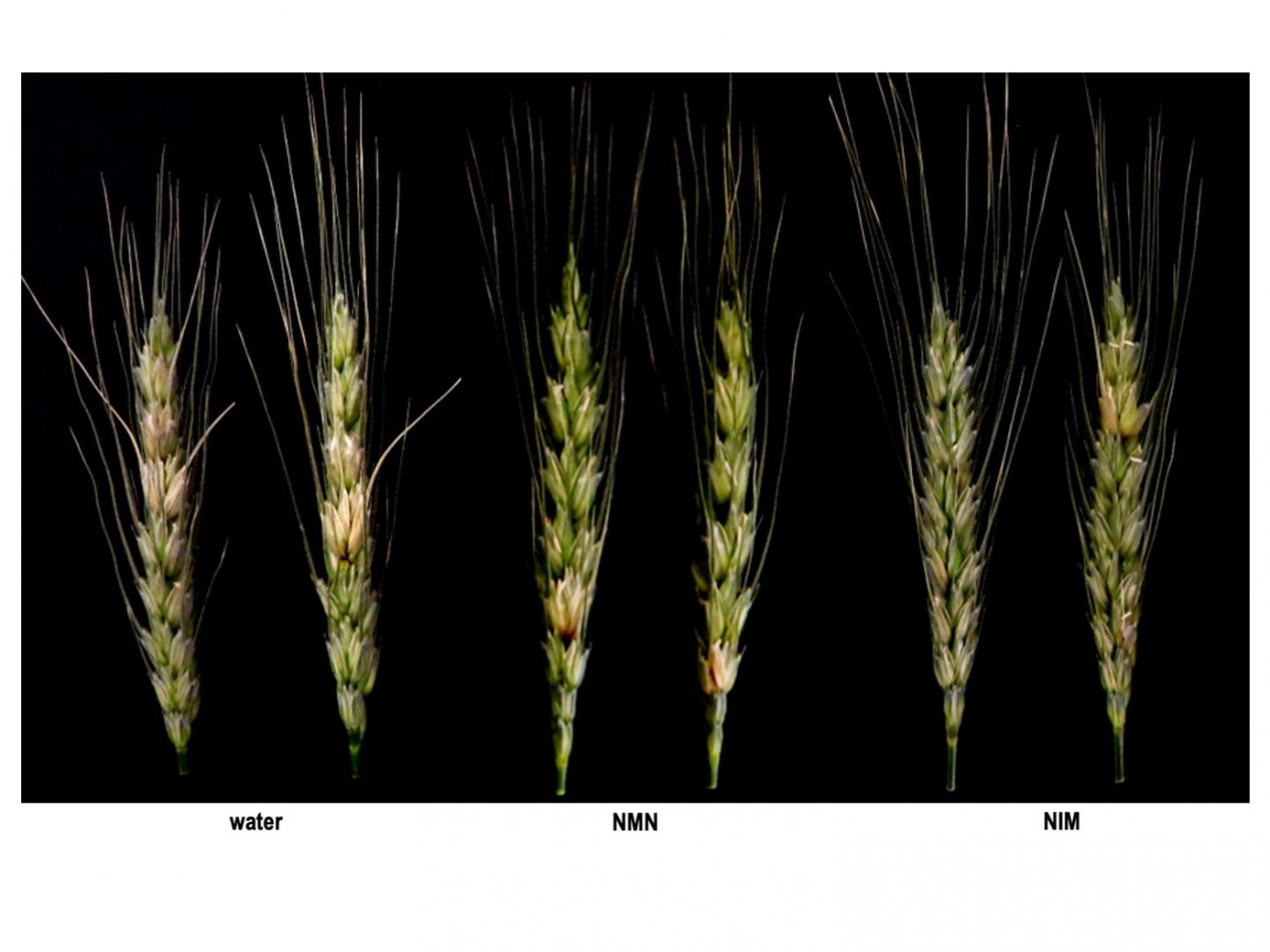 Research led by Kanazawa University shows that application of the nicotinamide to wheat spike activated plant immunity and then effectively suppressed the disease symptoms and mycotoxin accumulation of Fusarium head blight.

Kanazawa, Japan – Fungal diseases in cereal crops cause major economic losses and also threaten human and livestock health, because some fungi produce powerful toxins that might enter the food chain. Farmers use fungicides to control crop diseases, such as wheat head blight. Although agrochemicals are rigorously tested for safety, there can be concerns over chemical residues in food.

Now, researchers at Kanazawa University, in collaboration with colleagues at Ehime University and Nagoya University, have shown that the natural substance nicotinamide (NIM – a vitamin found in food and used as a dietary supplement) can help stimulate plant immune systems. Pre-treatment with NIM can prevent or reduce development of fungal disease in wheat plants. This knowledge could lead to new approaches to tackle crop diseases. The team recently published their work in the International Journal of Molecular Sciences.

When the team pre-treated with NIM the spikes of wheat plants (carrying the young grains that are later harvested to make flour) and then inoculated the plants with conidia of Fusarium graminearum (which causes head blight), the NIM pre-treatment strongly suppressed the disease. Pre-treated plants contain much less fungal biomass, and less of a mycotoxin it produces, compared with water-treated plants.

The team also performed metabolomics to analyze the contents of hundreds of compounds in the plants and found that NIM pre-treatment increased the amounts of 375 substances. Among those markedly increased were several antimicrobial and antioxidant compounds.

“We found that pre-treating wheat plants with NIM led to the activation of plant immune response and much higher content of the plant’s own defense-related compounds, including antimicrobial substances”, says lead author Yasir Sidiq. “This work builds on previous research using other natural chemicals related to NIM and has the added advantages of being relatively cheap, readily available, and stable at room temperature.”

The image may only be used with appropriate caption and credit.