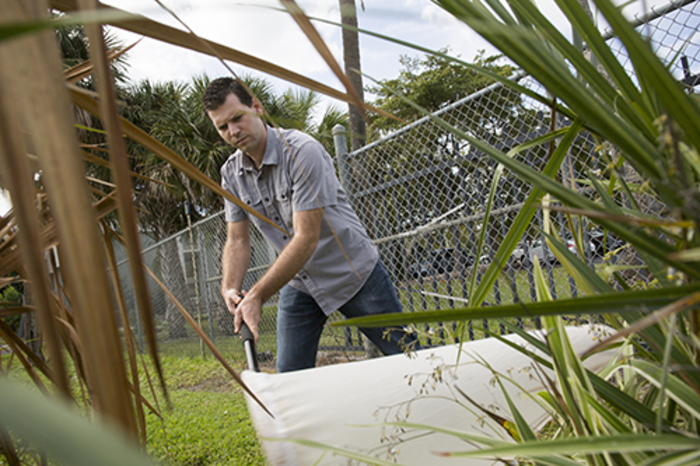 What began as a curious survey of an insect in Florida revealed a much larger network of movement across the Caribbean basin. Haplaxius crudus, commonly known as the American palm cixiid, transmits phytoplasmas (bacteria that cause plant diseases) in palm. The American palm cixiid is known to transmit lethal yellowing disease and lethal bronzing disease, both of which are lethal to a variety of palm species, especially coconut and date palms.

While many scientists have assumed these pathogens migrated to Florida in infected plants, Brian Bahder at the University of Florida wondered if the real culprits were the insects themselves. To test this suspicion, Bahder and his colleagues began by categorizing the insect’s DNA in Florida, where they found four distinct groups.

Next they looked beyond the United States and tested populations in Costa Rica, Colombia, and Jamaica, three places that were distinct and relatively isolated. They found different insect DNA in Costa Rica and Colombia. In Jamaica, however, they found an exact match to one of the groups in Florida. ​

“This told us that either the bugs in Jamaica got there from Florida or the bugs from Jamaica got introduced to Florida,” explained Bahder. “We followed up by looking at historical data from shipping records and reference insect collections and determined that the insects from Jamaica likely got introduced into Florida and brought the pathogen that causes lethal yellowing in coconut with it.”

Their research marks the first time the epidemiology of palm phytoplasmas has been studied in the context of the transmitting insect. “I hope our approach stimulates more integrated studies between entomology and plant pathology and combines historical record-keeping, molecular work, and fieldwork to better understand the epidemiology of certain diseases.”

Additionally, the authors generated a lot of new molecular data that others can use to look at this species in their area and compare. So far, the American palm cixiid has been discovered as far north as the southern part of South Carolina. To learn more, read “Genetic Variability of Haplaxius crudus, Based on the 5′ Region of the Cytochrome c Oxidase Subunit I Gene, Sheds Light on Epidemiology of Palm Lethal Decline Phytoplasmas” published in the open access PhytoFrontiers™.